The Eerie Side of the ABCs

Well, it seems that my recent article here at Mysterious Universe, on the subject of Britain's Alien Big Cats (or ABCs, as they are also known), got more than a few people in a state of rage. Not because I suggested that the phenomenon was likely a very old one, rather than a relatively recent one. Nope: the reason was because I gave space to the theory that the ABC issue in the UK might have paranormal origins - regardless of what the paranormal might actually be.

Well, yes I did make a reference to the paranormal/ABC angle. What I said was (and I quote): "Then there is the theory that the mysterious beasts have paranormal origins." And that's it: twelve words! Clearly, for some people, however, even just those twelve words were twelve words too many!

I had no less than seven messages sent to me (four via Facebook and three via my email account) from people  all essentially demanding to know why I was giving space to the claims that the ABC phenomenon is not one of normal, flesh and blood proportions.

First and foremost, anyone who allows their blood to boil and their blood-pressure to soar, all because of a brief, one-sentence reference to what is undeniably the most controversial aspect of the entire ABC phenomenon, really needs to significantly chill out and take a deep breath or several.

Consider the following: regardless of what this ABC researcher concludes or that ABC researcher believes, the fact is that there are more than a few cases on record that - at the very least - give rise to the theory that some ABCs are not flesh and blood animals - as we understand the term. 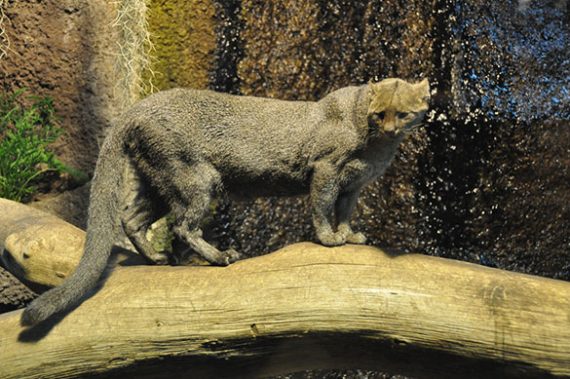 Does that mean the entire issue can be relegated to the world of the supernatural? No, of course it doesn't! There are numerous, high-quality and very credible reports that strongly indicate large cats are indeed roaming the UK - even though they shouldn't be. But that does not take away the fact that there is a body of data suggesting a number of reports involve creatures of not just a weird kind, but of a very weird kind.

Now, it may well be that I tend to be on the receiving end of such "rogue" reports because I have written on this topic in the past (such as in the pages of my Monster Diary book). In other words, witnesses to the supernatural side of the ABC phenomenon may well gravitate towards someone who they feel is open to listening to a particularly controversial account.

I won't bombard you with each and every case I have on file, but I will share three classic examples - all of which originate in the UK, and all of which demonstrate why we should remain open-minded on the nature of certain aspects of the ABC controversy.

The first comes from a woman named Mandy Cockayne, who had an encounter with a significantly-sized ABC in 1989. The location was near the town of Chudleigh, Devon, England. At the time, Mandy and her husband (who were married just a few months earlier) were visiting old school-friends in the area and took a trip to the nearby Castle Dyke Iron Age Fort - which is located between Chudleigh and Dawlish.

It was while strolling around the ancient site that Mandy and her husband caught sight of what Mandy described as a "black panther." Such terminology is actually incorrect, but frequently used, even by the UK media. A more correct description would be that of a melanistic leopard or jaguar. There was no doubt in Mandy's mind that what she and her husband saw 100 percent fitted the bill of what passes for an ABC in the UK.

The animal was large, muscular, completely black, had a shiny coat, and - somewhat ominously - had clearly seen the pair, since it was staring intently at them from a distance of barely seventy feet, or thereabouts. After a few tense seconds, however, the ABC did something very unusual: it vanished. And, by that, I mean literally vanished. 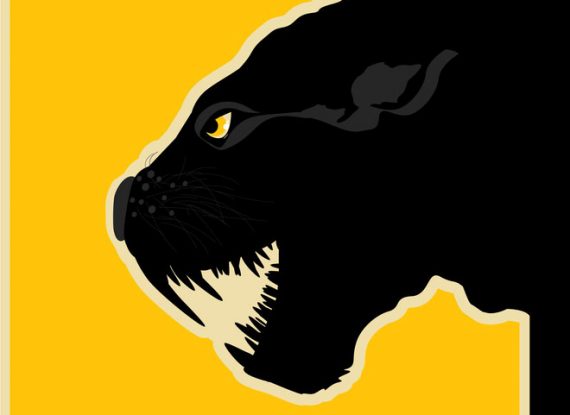 I asked Mandy if it was possible that the mysterious creature had simply raced out of view. She was absolutely adamant that was not what occurred. She insisted it was there one second and then...it wasn't there. It had, essentially, dematerialized. And, there is the fact that the ABC turned up at a place of archaeological and historical significance: an Iron Age hill-fort. Ancient sites and paranormal phenomena, as many students of the unknown will be aware, practically go together hand-in-glove.

Moving on, there is the case of Barry Llewellyn, which occurred in mid-1993. The location is as controversial as the event itself. By that, I mean it was hardly where you would expect to see an ABC: a busy stretch of road right in the heart of the city of Lichfield. According to Barry, it was around lunchtime and he was driving towards the city's railways station when he had what he described as "a funny turn." Fortunately, it occurred while Barry was stationary in a long line of midday traffic.

For a minute or so Barry felt disoriented, dizzy and overcome by a feeling of falling. As the "funny turn" hit him, Barry was amazed to see a huge black cat make its way across the road, from right to left...only to fade away into nothingness. As was the case with Mandy Cockayne, the ABC briefly stared eerily at Barry, who told me that "...it was looking at me like it had a purpose." What that "purpose" might have been is anyone's guess.

Needless to say, those of a skeptical mindset might say that the encounter was purely an internal one, born out of that "funny turn" (of a type which, I should stress, Barry had never previously experienced - or since, too). And even if the event was wholly internal to Barry, why should it have specifically involved a large cat that he, too, described as a "black panther"? 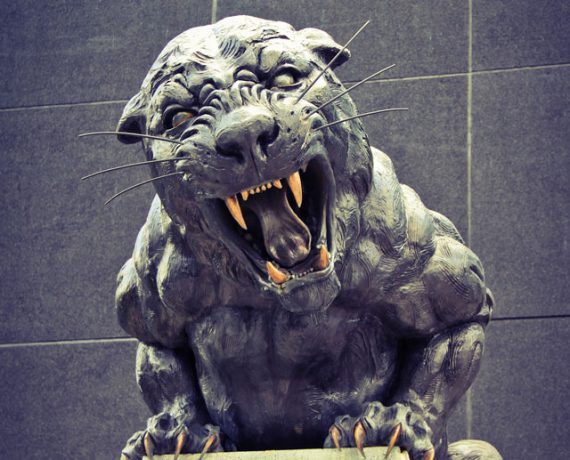 Finally, there is the story of Dave Barnaby. In the mid-1970s, Dave - a big fan of stock-car racing - regularly hung out at what is called the Hednesford Hills Raceway (situated on the fringes of the paranormally-saturated Cannock Chase). It's a place I know very well, as it's located just about a fifteen-minute drive from where I grew up as a kid.

As Dave recalled, on one particular Sunday morning he was driving to Hednesford from the nearby town of Rugeley. All was normal: it was a bright, sunny day and the perfect time to hang out with his friends and pass a few hours watching the stock-car racing. As he closed in on the town, Dave slowed down his Ford Cortina car and was shell-shocked to see a huge cat (no prizes for guessing the color...) charge across the road at what Dave said was a near-impossible speed.

On reaching the edge of the road, however, it simply winked out of existence. It was there one moment and gone the next. Not surprisingly, it was an encounter that remains fresh in Dave's mind today, almost forty years later. I asked Dave if the cat might have simply leapt into the surrounding bushes. His reply: "No, there's no way, mate. It was like someone turned off a light."

And there we have it: three out of at least twenty such reports I have on file. Do I think that the paranormal aspect of the ABC phenomenon can explain every facet of the mystery? No, I don't. At all. There are, for example, a number of verifiable cases where large cats have been captured or killed in the UK (here's one famous and very controversial example and here's another).

But, to deny these rogue events is to deny a not insignificant part of the mystery, one which deserves as much attention as the flesh and blood angle currently receives. If the ABC research community chooses to react in hostile, negative or "I don't want to know" fashion to such admittedly controversial accounts, that says far more about the researchers than it does about the puzzle itself.

In the same way that UFOs, ghostly phenomena, and paranormal activity may have multiple points of origin, much the same might be said about the Alien Big Cats. Providing you're not closed-minded to such a possibility, of course. If, however, you are of the "head in the sand"-type, feel free to send me an email or Facebook message and rant to your heart's content and your blood-pressure's consternation...