Can a person disappear into thin air?  That depends on what you mean by ‘disappear’ and by ‘thin air’, though the issue is far from settled.

There are several concepts that come to mind when one thinks on the question above.  Most are quintessential Fortean concepts, like bilocation or teleportation, inter-dimensional physics and time shifting, just to name a few.  These are concepts that virtually everyone has heard of, but relatively few really know anything about.  There are stories though, and some of them are pretty weird.  Like the story of James Worson.

You may already be familiar.  Either way, what follows is the official account of the unfortunate Mr Worson.

“James Burne Worson was a shoemaker who lived in Leamington, Warwickshire, England.  He had a little shop in one of the by-ways leading off the road to Warwick.  In his humble sphere he was esteemed an honest man, although like many of his class in English towns he was somewhat addicted to drink.  When in liquor he would make foolish wagers.  On one of these too frequent occasions he was boasting of his prowess as a pedestrian and athlete, and the outcome was a match against nature.  For a stake of one sovereign he undertook to run all the way to Coventry and back, a distance of something more than forty miles.  This was on the 3d day of September in 1873.  He set out at once, the man with whom he had made the bet--whose name is not remembered--accompanied by Barham Wise, a linen draper, and Hamerson Burns, a photographer, I think, following in a light cart or wagon.

For several miles Worson went on very well, at an easy gait, without apparent fatigue, for he had really great powers of endurance and was not sufficiently intoxicated to enfeeble them.  The three men in the wagon kept a short distance in the rear, giving him occasional friendly "chaff" or encouragement, as the spirit moved them. Suddenly--in the very middle of the roadway, not a dozen yards from them, and with their eyes full upon him--the man seemed to stumble, pitched headlong forward, uttered a terrible cry and vanished!  He did not fall to the earth--he vanished before touching it.  No trace of him was ever discovered.

After remaining at and about the spot for some time, with aimless irresolution, the three men returned to Leamington, told their astonishing story and were afterward taken into custody.  But they were of good standing, had always been considered truthful, were sober at the time of the occurrence, and nothing ever transpired to discredit their sworn account of their extraordinary adventure, concerning the truth of which, nevertheless, public opinion was divided, throughout the United Kingdom.  If they had something to conceal, their choice of means is certainly one of the most amazing ever made by sane human beings.”

That’s an incredible story, and, dear reader, you may already suspect that it’s not really all that new.  If the language didn’t tip you off, the horse drawn wagon surely did.

This tale, whose title is actually ‘An Unfinished Race’, is a short story written by the famed author and satirist, Ambrose Bierce, in 1873.  It appeared in his book Can Such Things Be? in 1893 and then again in his twelve volume Collected Works in 1909. It also appears in the Bierce tribute anthology Present at a Hanging and Other Ghost Stories.

Now, that it was written by one of the great storytellers in modern literature doesn’t necessarily mean that it’s untrue.  Granted, some of what Bierce wrote was pure fiction, but he was also a journalist and a chronicler of strange happenings.  There are those who assert that the above is just a story, but there are just as many who claim otherwise.

It’s especially interesting to note that Ambrose Bierce himself also disappeared under mysterious circumstances.  At the age of 77 he travelled to Mexico and eventually caught up with and joined the infamous revolutionary Poncho Villa.  A letter from him, dated December 26, 1913, addressed to his good friend Blanch Partington, alluded to his upcoming itinerary in its closing remark: “as to me, I leave here tomorrow for an unknown destination.”  He was never seen or heard from again.

The various possibilities for Bierce’s fate, such as suicide, murder, illness etc. notwithstanding, what might have happened to James Worson, if he did indeed exist?

If we take the story at face value, accepting that he did vanish into thin air in front of two sober and lucid eyewitnesses, where might he have gone?  Thin air seems an unlikely destination.

The popular answer might be another dimension, but that term is a misnomer.  A dimension is not a place, it is simply a direction of travel.  Up, down, back and forth, these are dimensions.  In physics, when smart people like Stephen Hawking talk about extra-dimensional space, what they’re referring to is mathematical additions to our three-dimensional reality.  When we experience the world, we are exposed to three directions in which we can travel, or three dimensions we can measure; height, width and depth.  What higher mathematics does is, it adds other directions to this framework.  In the case of the so-called higher dimensions, we don’t experience them because they’re wrapped up into subatomic sized geometric shapes.  So you see, an extra dimension is not a place one can go to, or from which any other being can originate.

The term may not be important though, but the concept the term is meant to explain certainly is.  Using the word dimension to mean a place, or realm other than the reality we can see, whether that be heaven or hell, or another universe or even another timeline, we can come up with ideas for where someone like Worson might have gone.

How might he have gotten there though?  He wasn’t conducting some crazy science experiment or temping demons with some shady spiritual rite, he was jogging. 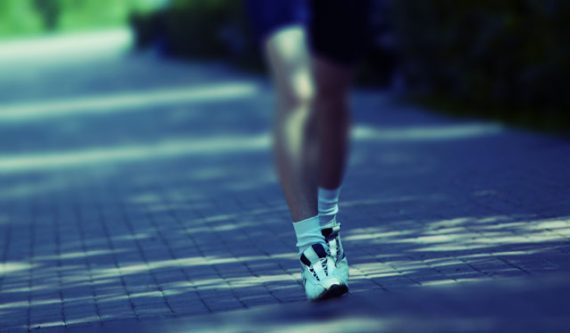 Teleportation might be the answer, and there have been some strange accounts around the world, of people vanishing only to appear somewhere else.

There’s the Pansini Brothers of Italy, who reportedly teleported over 15 miles on multiple occasions in the early 20th century.  On one occasion their disappearance was witnessed by their mother and a bishop Bitonto.  There’s also the curious case of Damodar Ketkar of Poona, India.  In April of 1928, Ketkar reportedly teleported over 60 miles and his reappearance was witnessed by his governess, who wrote about the experience in her journal.

In both of those cases, the subjects, or perhaps the victims, reappeared in short order, though they were somewhat removed when they did.  In the case of Worson, he was never seen again.  So what if he teleported, by whatever means, to another dimension, another universe, or even another time?  What if – and one shudders to think of it – he was teleported to another planet, or just another region of space?

It may seem fanciful and even frivolous to think of these things in real terms, as real possibilities, but as is pointed out by a great many people in answer to the accusation of credulity…anything is possible.