A New Resident For Jurassic Park

He’s big, he’s mean, he’s the scourge of Europe. Today that would be Vladimir Putin, but scientists digging in Portugal’s Lourinha rock formation have discovered a Jurassic era terror that T. rex only knew about from stories around the campfire.

The current edition of Plos One describes the recent uncovering and identification of the Torvosaurus gurneyi, a 4-5 ton, 10-meter-tall therapod that lived in the latter part of the Jurassic period about 150 million years ago. As we all know, Tyrannosaurus rex made its mark during the Cretaceous era 80 million years later. 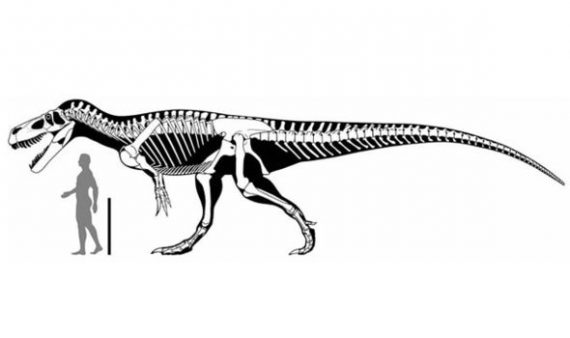 Torvosaurus gurneyi is named for paleoartist James Gurney, creator of “Dinotopia: A Land Apart from Time” and other wonderful dinosaur books and paintings. The name “torvosaurus” should be familiar to North American dinosaur fans. The Torvosaurus tanneri was discovered in the Morrison formation centered in Colorado and Wyoming and, while similar in size and era, is a distinct animal. Tanneri and gurneyi most likely came from a common ancestor when North America and Portugal were still joined. With the similarity to T. rex as well as its North American cousin, the discovery of the gurneyi suggests that the previously unknown ecosystem in Portugal and Europe was similar.

As a meat eater with 10 cm teeth, Torvosaurus gurneyi dined on anything it wanted to and grew to be the largest land dinosaur ever to roam Europe. 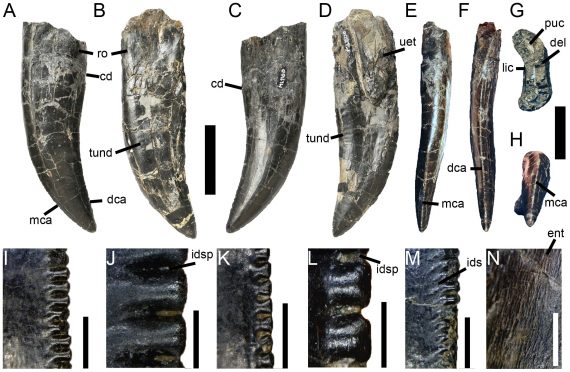 It would have been intimidated by the Carcharodontosaurus, Giganotosaurus and Tyrannosaurus which lived on other land masses during the Cretaceous Period because they were all much larger. More will most certainly learned about the Torvosaurus gurneyi because the scientists uncovered a rich trove of fossils including eggs and embryos.

As always, don’t wait for the movie ... head for your nearest natural history museum and learn for yourself.