‘Cosmos’ May Have Been Born in a Cloud of Marijuana Smoke

Out here in the Cosmos, we is stoned … immaculate.

Okay, crappy Jim Morrison allusion aside, there are quite a few people who are mistakenly pointing fingers at Cosmos host Neil deGrasse Tyson and implying he is intoxicated in an obviously doctored video that surfaced on Reddit a few days ago. The fingerpointing and accusations, however, might be aimed at the wrong Cosmos host.

Carl Sagan’s epic book and series Cosmos was rebooted earlier this month and is currently in the third week of a 13 week run on the Fox Network and the National Geographic Channel with Tyson leading viewers through time and space just as Sagan did almost 35 years ago.

Tyson, like the rest of us, is made up of star stuff, and shares DNA with the trees, mushrooms, monkeys, and fish, but unfortunately, his genetic code left him with dopey looking eyes, similar to those of actor Marty Feldman or musician Billy Joel. it’s one of those random occurrences his eyes look that way, but the slowing down of  his movements and voice in the video came into existence because of man’s interference. The headlines that often accompany posts of the video, which often clearly allege Tyson is blown out in the video, are also attributable to the hands of man.

For example, this headline for the Tyson video from DangerousMinds.net:

Neil deGrasse Tyson has smoked the best pot in the Cosmos

I can’t say whether Neil deGrasse Tyson partakes of intoxicants or hallucinogens in real life or not, and I really don’t care. To each his own.

What can be said, with documentation, is his Cosmos predecessor, Carl Sagan, liked to burn the cheeba from time to time.

Now we reach the really important question, so what?

The so what comes in the form of an essay Sagan wrote for marijuana advocate, and Harvard Professor,  Dr. Lester Grinspoon, who to this day has a strain of marijuana bearing his name, that appeared the book Marihuana Reconsidered.

The essay was originally attributed to Dr. X, as Sagan feared he would be ostracized by the academic community because the public relations war against weed was in full swing in the 1970s when it was written, but Grinspoon revealed the author was Sagan after his death. 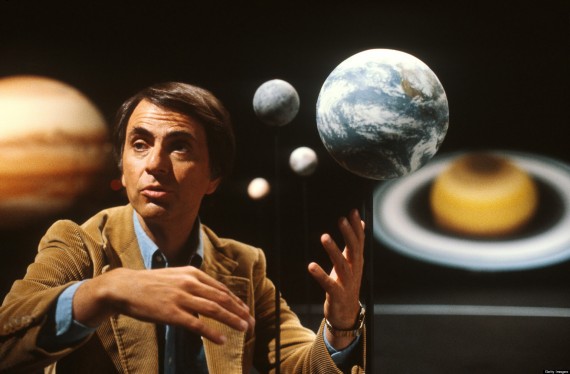 Sagan’s essay explores mind-opening experiences he had while smoking cannabis. He even says a number of his published works were based on conclusions reached while high.

I am convinced that there are genuine and valid levels of perception available with cannabis (and probably with other drugs) which are, through the defects of our society and our educational system, unavailable to us without such drugs. Such a remark applies not only to self-awareness and to intellectual pursuits, but also to perceptions of real people, a vastly enhanced sensitivity to facial expression, intonations, and choice of words which sometimes yields a rapport so close it’s as if two people are reading each other’s minds. Carl Sagan - From the Dr. X Essay

Years later, we now have scientific studies that back up a lot of the experiences Sagan described in his weed essay from 1970.

For instance, it is believed smoking cannabis has a direct affect on semantic memory function, opening more paths for word associations than one typically sees in the non-stoned brain. In his essay, Sagan discusses his ability to float between ideas and find connections he never saw before.

This hyper-associative mode is an integral part of the creative process.

The experimental evidence that creativity is associated with not just flat associative hierarchies but also defocused attention and heightened sensitivity suggests that associative richness stems from a tendency to perceive more of the detail of a stimulus or situation. One includes in ones' internal representation of the stimulus situation features that are less central to the concept that best categorizes it, features that may in fact make it defy straightforward classification as strictly an instance of one concept or another. This could be accomplished through a tendency toward a flat activation function. Experiences get more widely etched into memory, thus the storage regions for episodes and concept overlap more, resulting in greater potential for associations to be found amongst them. - from Cognitive Mechanisms Underlying the Creative Process, by Liane Gabora

The entire concept of a Cosmos book/series could very well experienced its big bang somewhere between tokes five and six from a joint rolled by Sagan, which is something as unsettling as the idea of evolution to those with conservative views, and evolution is still an issue for some.

Science is no place for politics to dwell though.

Humanity separated itself from other species inhabiting the planet when we became tool builders, cultivators, and domesticators. Some of the tools we use shape rocks, move heavy objects, or cut through tough materials when used properly, while others, like cannabis, can open the mind to sessions of free association and the exploration of ideas.

By his own description, Sagan used the tool of cannabis to brainstorm concepts and ideas, but ultimately had to refine those thoughts and ideas when the effects wore off.

Sagan also claims cannabis helped him appreciate art for the first time, and to finally hear each instrument and multiple voice harmonies in music the same way professional musicians might. His experiences broke down the walls that confined his thought processes to just the world of science the first 20 years of his life. Not surprisingly, the Cosmos series, then and now, is a reflection of thinking beyond just what is available in science books.

Now we often see Sagan quoted when arguments over the legalization of marijuana erupt in the political world. More often than not, the quote is:

“The illegality of cannabis is outrageous, an impediment to full utilization of a drug which helps produce the serenity and insight, sensitivity and fellowship so desperately needed in this increasingly mad and dangerous world.”

This is a sentiment Sagan’s wife, Ann Druyan, a writer for both productions of Cosmos, has proudly carried forward. Druyan is apparently still passionate about issues surrounding marijuana. She is currently on the advisory board for the National Organization for the Reform of Marijuana Laws, more commonly just called NORML, one of the longest running marijuana law reform proponents in the US. 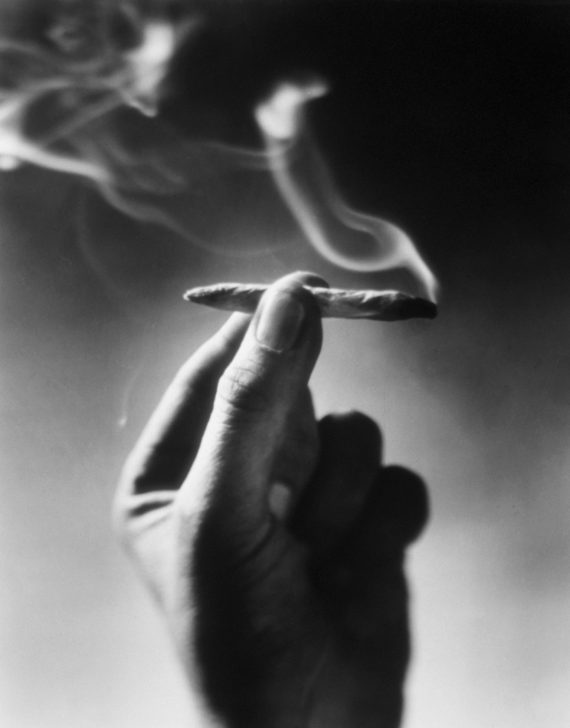 No one in their right mind would ever claim Sagan found his brilliance in marijuana. This is an important fact to remember the next time the neighborhood stoner tries to convince you how great marijuana is for the mind. Carl Sagan possessed a brilliant mind before he ever took his first bong rip. He just found an ability to bring ideas together when he flooded his brain’s pre-existing cannabinoid receptors with the THC they craved.

Smoking marijuana might not be a productive pastime for everybody, but for some, it has worked wonders.