That category is, for me at least, quite possibly the most vexing one of all. The reason being that it is filled with great and intriguing stories, but ones that I have never been able to get to the bottom of, and which languish in a realm that might accurately be titled: "Fascinating But Frustrating." And, so, I thought I would share with you my personal favorite, one that (A) really caught my attention; (B) has eluded every single attempt to resolve it;  but (C) still make me think there is something to it.

In 1997, the U.S. Air Force published a report that suggested the "alien bodies" seen sprawled around the Foster Ranch, Lincoln County, New Mexico in the summer of 1947 were dummies used in parachute experiments. We are, of course, talking about Roswell. But there is another angle to the "alien dummies" saga. 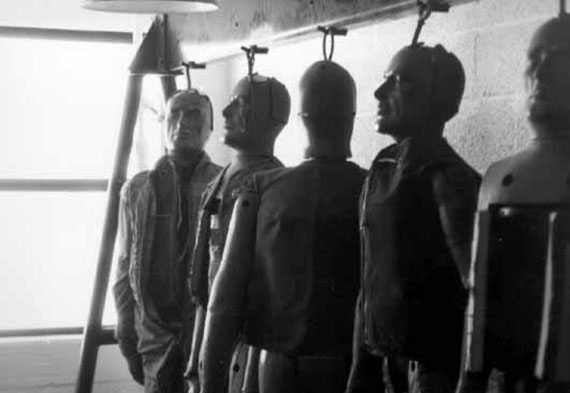 A decade or so ago I spoke with a guy who claimed his grandfather, from the 1930s to the 1960s, worked in the world of Hollywood - specifically in the field of special-effects and model-making for horror and sci-fi movies. The grandfather also had another string to his bow: namely, a connection to the secret world of government. And that same connection surfaced in an intriguing fashion.

In 1945, the acclaimed film-maker Billy Wilder – who died in 2002 – directed the English language version of a documentary called Death Mills, which was produced by the U.S. Department of War’s Psychological Warfare Department. It was a harrowing, but acclaimed, production that graphically revealed the sheer, horrific extent of the Nazi holocaust of the Second World War.

The Pentagon describes psychological warfare as: “The planned use of propaganda and other psychological actions having the primary purpose of influencing the opinions, emotions, attitudes, and behavior of hostile foreign groups in such a way as to support the achievement of national objectives.”

It transpired that plans were afoot for Wilder to make a similar production for the PWD on the atrocities undertaken by Japan's Unit 731 during the Second World War. It was, however, a documentary that ultimately did not come to fruition. It transpires that my source's grandfather worked on Death Mills with Wilder and, as a result, came to know some of the PWD personnel.

Almost certainly as a result of his work alongside the PWD on Death Mills, in 1955 the special-effects expert in question was contacted by psychological warfare planners in the U.S. Air Force and offered a lucrative contract: to use his cinematic skills to create what can best be described as faked alien bodies.

Given the time-frame (namely, the mid-1950s), it would be reasonable to expect that the Air Force would want something to reflect the pop-culture of the day: the bug-eyed aliens of This Island Earth variety; the Krell of Forbidden Planet; or the "Martian mutants" of Invaders from Mars. But not so. 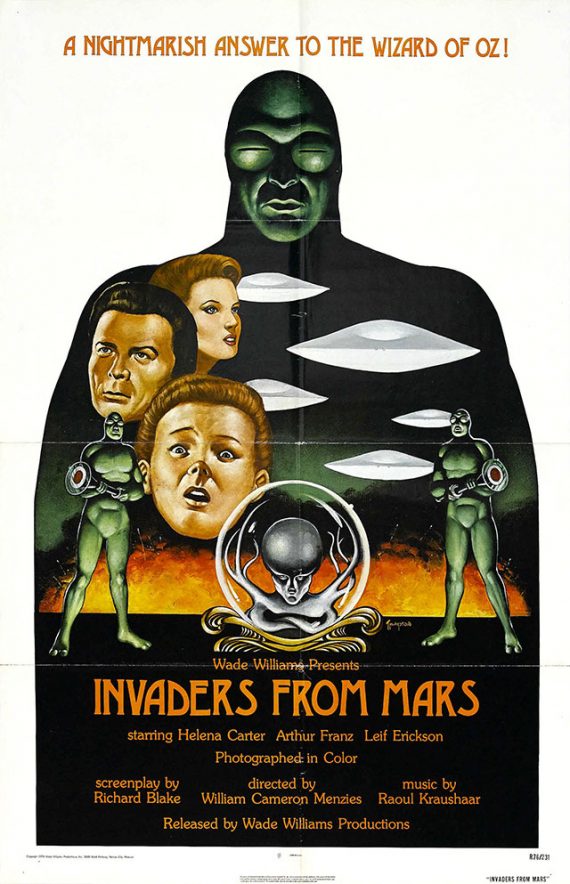 The man was asked to design and create exactly eight "alien bodies." There was just one proviso: they all had to be very life-like, dwarfish, hairless and topped off with huge heads. Reportedly, so the grandson told me, his grandfather was paid very handsomely for approximately three months of work, all of which was undertaken in a specially modified trio of rooms at a military base "in southern California."

It doesn't take a genius to guess that the man asked why on earth the Air Force wanted him to fabricate a number of extraterrestrial corpses. He could understand the military taking an interest - and a very deep interest - in real alien bodies, but faked ones constructed by a Hollywood special-effects expert? What was the point? Well, the point, it seems, was a fascinating one.

"Scuttlebutt" and rumor that reached the man's attention suggested a fantastic operation was at work. In fact, it was an operation that was two-fold in nature. First, there was a bizarre plan for the military to photograph the "bodies," strategically laid out on gurneys or slabs, and then have the images sent anonymously to the Russian Embassy in Washington, D.C.

Along with the photos would be a long and winding fabricated letter - one supposedly written by a communist sympathizer in the U.S. military, warning the Soviets that the U.S. Government had got its hands on alien bodies and technology.

In other words, it was a strange example of Cold War-era psychological-warfare proportions, an example designed to scare the hell out of the Russians and have them waste their time chasing down what were really non-existent aliens. There was, however, a second part to the story.

There were suspicions, at the time, that at Wright-Patterson Air Force Base, Dayton, Ohio, several employees were selling secrets to the Soviets, particularly secrets born out of the work of Wright-Pat's Foreign Technology Division (FTD). So, a plan was formulated: carefully expose those same commie-loving characters to a couple of "alien bodies," strategically placed in a vault or bunker, and have them believe Uncle Sam has recovered a crashed UFO, or several, along with their deceased crews.

Then, it was a case of keeping an eagle-eye on all of those under suspicion and see which of them - if any, of course - might be prompted to do something out of the ordinary, such as make a phone call to a man named Ivan, or meet in a local park with a trench-coat-wearing character with a foreign-looking appearance. It was, then, a program designed to ferret out Soviet sympathizers in the military by exposing them to a huge secret that, in reality, was a huge ruse.

Now, as I said at the beginning, I have been unable to prove any of this (the Billy Wilder/Death Mills/Unit 731 issue aside). But, while it all sounds rather bizarre, if you think about it carefully, it also makes a lot of sense. After all, what better way to mess with the Soviets - and to root out dastardly Reds in the United States - than by (a) dangling a startling carrot of the fabricated kind; and (b) reeling in the enemy without any real secrets ever being compromised?

If true, this saga may help explain some of the controversial stories where military personnel have reportedly been exposed to alleged alien bodies in underground rooms (the Hangar 18 legends), and under "convenient" circumstances that many skeptical researchers think are just to good to be true. They just might be. But not for the reasons that the skeptics think.

The reason: the eyewitnesses may have been set-up as a test of their loyalties. It may have been intended all along for them to see the "bodies" (or, more correctly, the dummies). If they kept quiet about what they saw, they were good soldiers and trustworthy. If they told their wives 0or girlfriends, they were potential security risks and perhaps needed to be watched carefully in future. And if they ran to a Soviet handler, it was jail-time.

This, of course, leaves us with a highly thought-provoking question: if the story told above it 100 percent accurate, does that mean all the stories of "alien bodies in the morgue" are born out of this long-gone Cold War operation/deception? Or, does the government have real extraterrestrial corpses on ice, and, if so, is it using the "dummy" angle just to confuse things even more? I wish I knew.

And one final thing for your consideration, something which takes us back to Billy Wilder. In 1970, Wilder's movie The Private Life of Sherlock Holmes was released. In the movie, the British Government creates a faked Loch Ness Monster to hide the fact that the military is conducting secret submarine tests in the loch. The reason: to keep German spies in the dark regarding what was really afoot.

So, we have one man claiming to have made alien bodies to fool the Soviets and (in a fictional setting) we have a government creating a monster to fool the Germans. There is a Billy Wilder tie to both issues (in the sense that the source of the above-story worked with Wilder, and Wilder himself directed, produced and co-wrote The Private Life of Sherlock Holmes), and both Wilder and the man behind the "alien dummies" ruse worked with the Psychological Warfare Department on Death Mills.

Somewhere, in this convoluted saga, I suspect, there is a big secret just waiting to be uncovered...