There can be absolutely no doubt that when we're talking about legendary writer-researchers on the paranormal, the late John Keel has to be very near the top of the list. Indeed, for many students and fans of the world of the unexplained, Keel probably does top that list. As for Keel's written output, while he left us with an incredible, collective legacy of material, there is one book, far more than any other, with which Keel is most associated. It is, of course, The Mothman Prophecies - as if I needed to tell you.

For me, The Mothman Prophecies is Keel's most readable and entertaining book, as it skillfully captures the eerie air of menace and strangeness that descended upon the town of Point Pleasant, West Virginia in the 1960s - and which was dominated by (A) the infamous, winged creature of the book's title; (B) bizarre alien encounters; and (C) face-to-face run-ins with the dreaded Men in Black.

But, does being readable and entertaining necessarily make The Mothman Prophecies Keel's best and most important book? That very much depends on how you define "best" and "most important." Certainly, I perceive The Mothman Prophecies to be Keel's defining moment and his most captivating book. But, in terms of actually getting to grips with the nature of the many and varied paranormal "things" in our midst - those that so deeply dominated both the man's life and his career - there is another Keel title we should be focusing on.

That book is the often-overlooked title, The Eighth Tower - which, essentially, is comprised of material that was left out of The Mothman Prophecies manuscript and which was expanded upon for The Eighth Tower. Keel himself stated that, regarding The Mothman Prophecies: "...fifty percent of the original manuscript was edited out by faceless editors in tiny cubicles..." 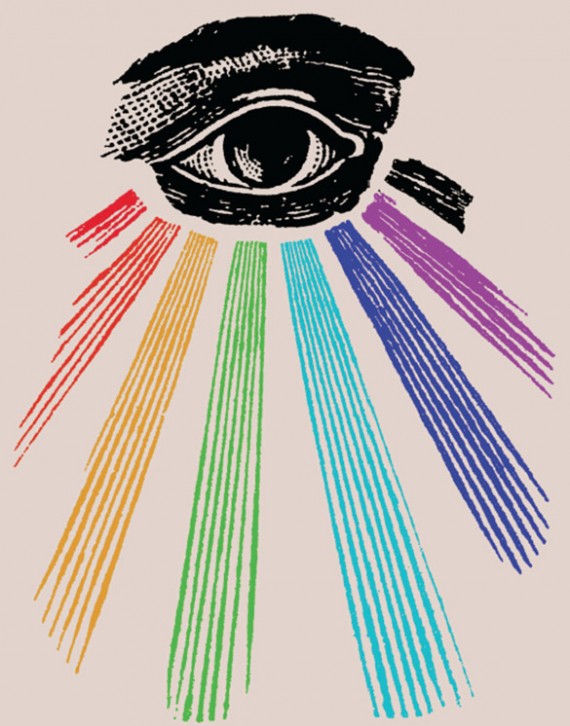 This is - in my opinion - the one Keel title, more than any other, that really gets close to figuring out where the nightmarish monsters, strange creatures, "aliens," magical entities and more that so many have witnessed actually come from. Welcome to the world of what Keel called "the superspectrum."

As to why I am mentioning all this now, it's because a new edition of The Eighth Tower has been published by Anomalist Books. This is very good news, and for two reasons: (A) the 1970s-era originals sell for high prices, whereas the new edition is far more financially accessible; and (B) the re-release will likely - and justifiably - bring this particular Keel title to a whole new audience.

Whereas Keel's The Mothman Prophecies was very much, and obviously, based around the Point Pleasant events; Operation Trojan Horse was focused on the deceptive nature of Fortean phenomena; and Jadoo was an autobiography of Keel's early years, The Eighth Tower is, in essence, Keel's study of the science behind numerous paranormal phenomena.

It's important to note that Keel was very careful to balance the scientific approach with a solid body of case-files to back-up his theories. In that sense, those who enjoy reading of close encounters with strange and enigmatic extraterrestrials, of nightmarish incidents involving hairy monsters, of life-changing visionary experiences, and of sightings of all manner of creatures that, mainstream science assures us, cannot and do not exist, won't be disappointed at all. In that sense, The Eighth Tower is still classic Keel.

What The Eighth Tower skillfully demonstrates, however, is the futility of investigating unexplained phenomena in what might be termed traditional fashion: (A) running around woods in search of Sasquatch; (B) looking to the stars for literal, nuts and bolts UFOs; and (C) engaging the spirit world via Ouija-boards. 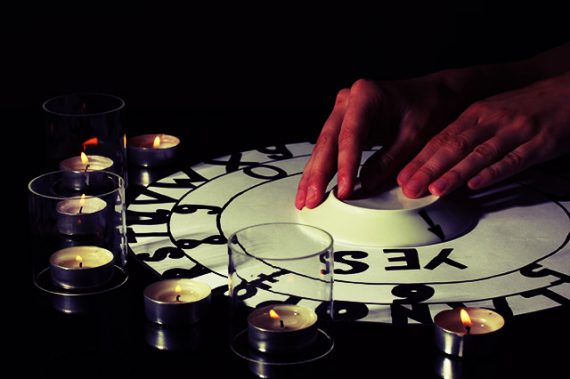 Keel correctly notes that such activity hardly ever results in the discovery of anything particularly significant or definitive in terms of evidence. He also notes the "here one minute and gone the next minute" nature of these surreal phenomena, to the extent that it becomes abundantly clear that all of these seemingly unconnected issues are actually deeply connected. And this brings us to the matter of that aforementioned "superspectrum."

In Keel's own words: "This is a hypothetical spectrum of energies that are known to exist but that cannot be accurately measured with present-day instruments. It is a shadowy world of energies that produce well-observed effects, particularly on biological organisms (namely people)."

Keel continues: "This superspectrum is the source of all paranormal manifestations from extrasensory perception (ESP) to flying saucers, little green men and tall, hairy monsters. It is hard to pin down scientifically because it is extradimensional, meaning that it exists outside our own space-time continuum yet influences every thing within our reality."

Needless to say, this is all highly controversial. Keel, however, digs very deep into how the admittedly-theoretical superspectrum works and explains it in a fashion that is very welcome, since one does not have to be of an overly scientific mind to grasp and understand the concept.

Keel addresses the potential nature of the intelligence behind the superspectrum, the means by which it manifests before astonished eyewitnesses, how it may affect and influence the minds and eyes of those same witnesses, the reasons why it sometimes leave behind physical traces ("landing marks," "footprints," "stigmata," etc.), and why it remains so elusive, ever-changing, and poorly understood.

Yes, The Eighth Tower delves deep into the world of what many might called "fringe science." I don't dispute that at all. But, Keel tackles the subject in such a refreshing and thought-provoking fashion that it becomes hard to deny that the man was clearly on the right path, even if - by his own admittance - much of the nature of the superspectrum remains mystifying.

The Eighth Tower is a book that makes for highly-satisfying and paradigm-changing reading. If you want to get deep into the heart of what Keel believed and concluded - and not just digest the cases and witness-reports he investigated - then this is the title for you. It's science and the supernatural unified into one: the superspectrum.

You should buy and carefully digest The Eighth Tower; it's a very important book.