My recent 2-part article - on the subject of the no less than fourteen scenarios that have been advanced for what happened at Roswell, New Mexico in the summer of 1947 - included a section on the late Mac Tonnies' theory that Roswell may have involved not extraterrestrials, but what Mac termed Cryptoterrestrials. In essence, Mac was pursuing the idea that our presumed alien visitors are, in reality, nothing less than an ancient terrestrial race; one that presents itself as E.T.-based to ensure we remain ignorant of its true origins.

While writing that 2-part Roswell article, I dug out my copy of Mac's book on this very topic - The Cryptoterrestrials - and sought out the relevant material on Roswell. But, after digesting the relevant section, I decided to re-read the entire book, probably (I think) for the first time since it was published in 2010. And, on doing so, I came to further appreciate the theory and its potential for answering the questions of: what are UFOs, where do they come from, and what does the intelligence behind the phenomenon want from us?

The idea that an ancient race of people - in some fashion, related to us - could live amongst us in complete stealth sounds bizarre and unlikely. Mac's theorizing, however, makes the possibility seem highly plausible. Of course, the scenario is not without its problems and flaws, so let's take a look at this engaging angle on the UFO phenomenon.

We'll start with the undeniable downside. One of the biggest stumbling-blocks with the idea that a race of somewhat human beings could live amongst us for so long is the matter of their ability to successfully remain hidden. Keenly aware of this thorny issue, Mac suggested that perhaps the Cryptoterrestrials live deep underground, or under the ocean beds. He was also very aware of the potential rolling of eyes that can occur during a discussion of such things as "underground cities." 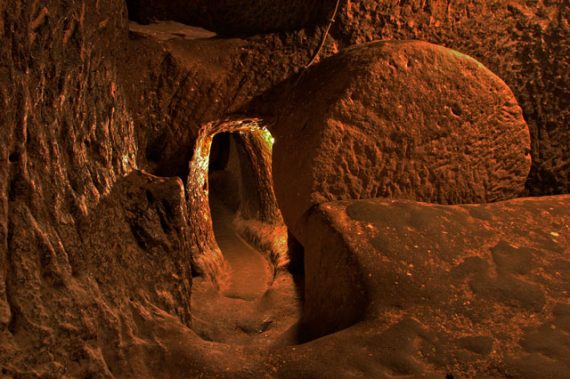 Mac, however, took a far less sensational approach to the ability of the Cryptoterrestrials to inhabit the lower regions of our planet. Rather than offering up sci-fi/sword-and-sorcery-type scenarios filled with fantastic underground kingdoms, looking like something straight out of ancient Greece or Egypt, Mac suggested something very different.

He postulated that these people lived a significantly impoverished existence, possibly in a series of fortified "bunkers" - ones that were built millennia ago and in which the Cryptoterrestrials didn't so much thrive, but, instead, just sought and fought to stay alive in the face of two big issues: (a) the growing menace posed by us, the Human Race; and (b) major problems with, as Mac said, "their gene-pool."

And this latter issue - of the gene-pool - brings us to the matter of so-called "alien abductions." Some such events, Mac noted, appeared to be staged, played out by the Cryptoterrestrials to solely reinforce the idea that the Grays are extraterrestrial, rather than something else. He pointed, for example, towards their cunning flair for exploiting pop-culture beliefs in aliens (in the Contactee era of the 1950s, in relation to the Betty and Barney Hill affair of 1961, and right into the 2000s).

Mac also noted the undeniable absurdity of the idea that "the aliens are here to steal our DNA." Indeed, the very notion that our genetic make-up should be so close to that of unearthly creatures from who knows how many light-years away is absurd.

Plus, that we should be so connected - genetically - that so-called "alien/human hybrids" can seemingly be churned out near-endlessly, is also most unlikely, to say the absolute least. As was, Mac stated, the idea that a human male could successfully impregnate a female extraterrestrial in tried and tested fashion. He was, of course, talking about the Antonio Villas Boas case of 1957. 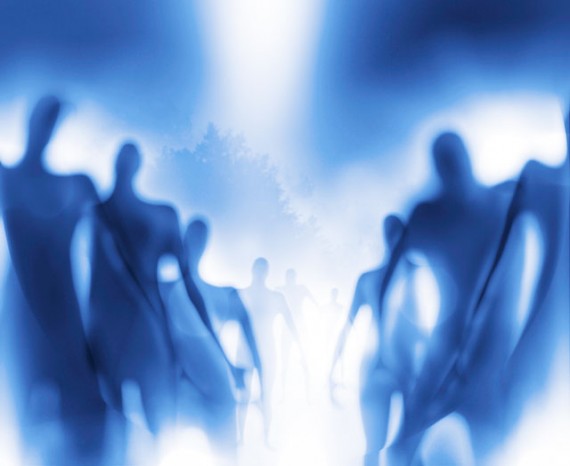 Far more probable, in Mac's view, the reason why those eerie abductors have so much of an interest in - and a need of - our very own gene-pool, is because we share the same ancient lineage. Yes, we have diverged over countless millennia, but, no, that does not mean we cannot be successfully harvested. Just  Mac's theory? Of course!

Also on the matter 0f "staged" events, Mac made a valid observation: what if the Cryptoterrestrials are not all-powerful, super-advanced entities? This is where Mac got into the idea of how these entities might have a cunning flair for mind-control and the use of hologram-style technology. Mac pondered on the possibility that the famous Rendlesham Forest case of 1980 might have been a perfect example.

In Mac's mind, certain, famous UFO cases were staged not just to promote the extraterrestrial hypothesis, but also to have us believe the phenomenon is near-omnipotent. Mac mused on the idea that a good flair for trickery, obfuscation, smoke and mirrors, and the ability take control of the human mind, just might allow the Cryptoterrestrials to place us in constants states of awe and wonder when, in reality, these ancient people are not so far ahead of us, after all.

In fact, Mac made the point that, in many respects, the Cryptoterrestrials might well be inferior to us - certainly in their numbers and in terms of their health. And he made an additional, thought-provoking point, too: while many people are open to the idea that ETs are amongst us, most would probably dismiss the notion of a "secret human race" in our midst. In Mac's hypothesis, this would actually work in the favor of the Cryptoterrestrials. Why? Simple: hardly anyone is looking for them. 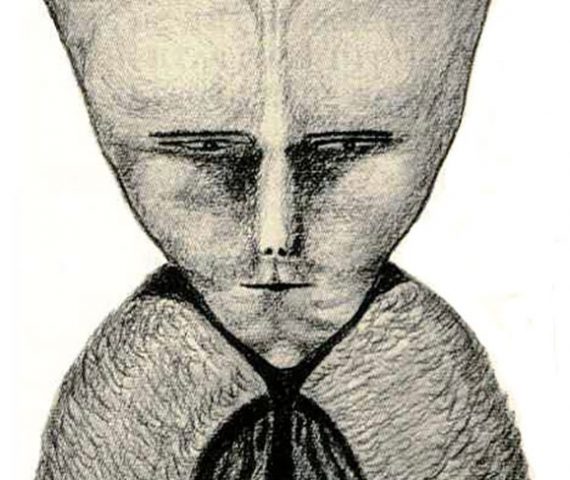 As for the most sinister part of Mac's view of things, it's the matter of infiltration: the idea that some of the Cryptoterrestrials might be so close to us - physically and genetically - that they actually can move amongst us, virtually unnoticed, and in a fashion that allows them to develop a keen insight into our society, culture, beliefs, trends and much more - all of which might be exploited as means to ensure we never learn the truth of what they are.

Now, I know that many will dismiss Mac's views as unlikely, impossible to prove, or downright crazy. Mac recognized this too, which is why he was always careful to state that it was a theory and nothing else. I will say this, however: if you haven't yet read Mac Tonnies' The Cryptoterrestrials, then you should. It's a fantastically well-written book, one which challenges us to throw out old beliefs and assumptions,  and, instead, suggests we start digging into new realms - such as those beneath the surface of this very planet...