Monsters Beneath Our Feet

Over the years, I have collected a number of very weird stories on one particular subject that doesn't necessarily always get the coverage it deserves - regardless of whether the subject actually has any merit to it or not! It's the issue of strange, humanoid creatures living deep below the UK, whether in caverns, caves, huge tunnels, and/or old and disused mines. And we're talking about the modern era: the 20th and 21st centuries.

Yeah, I know: it sounds like something straight out of H.P. Lovecraft. And, perhaps, that's all it is. The fact is, however, there are more than a few stories out there that suggest - just maybe - there is something to the controversy. And I stress the maybe! We only have to look at the phenomenal interest that the claims of Richard Shaver still provoke to this day, to recognize that the Human Race has a fascination for secrets and tales of the underground kind.

Indeed, it's almost as if each and every one of us possesses a kind of vague, inherited memory of times long gone when the under-dwellers were all-too-real, and not just perceived as the stuff of legend and folklore. That may also be the reason why Mac Tonnies' book, The Cryptoterrestrials caught the attention of so many people when it was published back in 2010.

As for the stories I have personally come across, well, they are a strange bunch, to be sure. And here are just three of what amounts to around thirty or thereabouts.

Before his passing in 2007, Frank Wiley, who spent his entire working life in the British Police Force, told me a bizarre and unsettling tale of his personal memories and investigations of a number of very weird killings on the London Underground, always late at night, in a particular period of time that covered 1967 to 1969. The killings, Wiley said, occurred on at least three stations, and were hushed up by the police, under the guise of being the unfortunate results of particularly vicious, late night muggings. 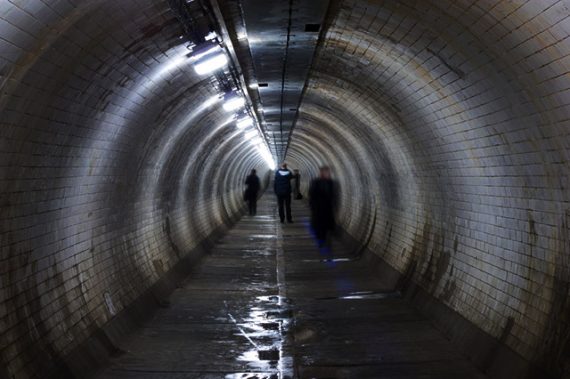 In reality, Wiley explained, the muggings were nothing of the sort at all. They were far, far more horrific in nature. There were, he recalled, seven such deaths during the time period that he was assigned to the investigations. As for the particular cases of which Wiley did have personal awareness, he said the modus-operandi was always exactly the same.

The bodies of the people – a couple of who were commuters and the rest hobos simply looking for shelter on cold, windswept nights - were found, always after at least 10.00 p.m., a significant distance into the tunnels, with arms and/or legs viciously amputated – or possibly even gnawed off. Stomachs were ripped open, innards were torn out, and throats were violently slashed.

A definitive man-eater – or worse still, a whole group of man-eaters – was seemingly prowling around the most shadowy corners of London’s dark underworld after sunset. And it, or they, had only one cold and lethal goal: To seek out fresh flesh with which to nourish their ever-hungry bellies. Wiley's theory: the killers were nothing less than devolved humans that dwelled in the lower levels of the old tunnels.

It was a great story, except for one thing: it paralleled (to a very suspicious degree) the plotline of a British horror movie made in 1972 and called Death Line. It starred Donald Pleasance and was released in the United States as Raw Meat. 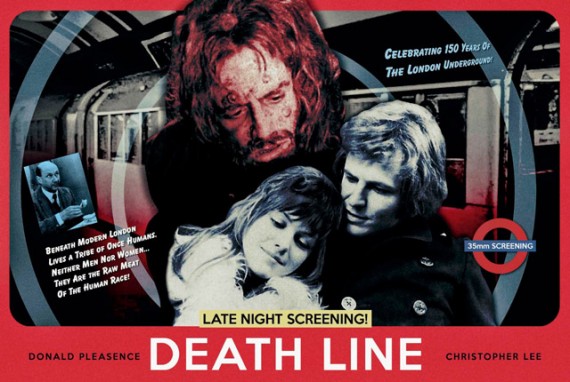 The biggest problem of all is that Wiley didn't tell his tale until decades after Death Line was released. I often think about Wiley's claims, and the possibility that something savage lurks deep under London. In a strange and kind of exciting way, I hope it's true. Without any kind of back-up, however, it remains unresolved and extremely controversial. Moving on...

In 2007, the now-defunct Staffordshire, England, newspaper, the Chase Post, stated: “A tribe of subterranean creatures who surface on Cannock Chase to hunt for food could be behind a rash of ‘werewolf’ and Bigfoot sightings near Stafford. And the mysterious beings could also be responsible for a string of pet disappearances, it has been claimed."

Newspaper staff continued: "Theories behind the sightings range from a crazed tramp to aliens. But now another paranormal expert has put forward the theory the sub-human beast is not a werewolf at all - but a Stone Age throwback. The investigator, who wishes to remain anonymous, told us: ‘Strange sightings in this area have been made over many years by civilians, military, police, ex-police and scout leaders on patrol. Some incidents have been reported and logged but others not: some people don’t want to be classed as mad.’”

The Chase Post elaborated further: “The strangest rumor has come from a senior local resident who believes the mysterious intruders to be subterranean. He told us: ‘The creatures have made their way to the surface via old earthworks to hunt, for example, local deer.’”

And, on the surface (no pun intended!), the far-fetched tale could have easily been dismissed. However, the Post's source added: “It’s a fact that there has been significant mining activity under Cannock Chase for centuries."

That there are extensive old mines below Cannock Chase is absolutely true. But, strange, monstrous beasts living within them? Like the Chase Post, I have heard of such stories, but, so far, they remain exactly that: stories. 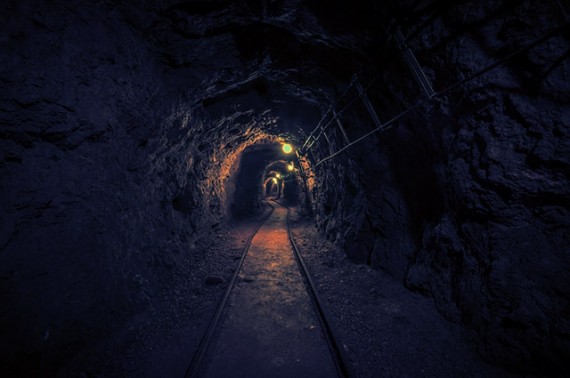 I have left until last a bizarre tale, one to which I was exposed in 1997. It involved an anonymously-mailed photo which, in reality (I was soon able to determine), is just a life-sized model that can be found in a certain, famous series of caves in England, and which is meant to offer a bit of "sword and sorcery"-style entertainment for those who visit the caves in question.

But what was interesting was the intricately woven tale that accompanied the picture when it was posted to me. I forget the precise details now, but it all revolved around the claim that intelligent, sword-wielding, dwarfish man-beasts were roaming the many and varied caves that exist deep below the British Isles. The letter ran to two or three pages and was a highly entertaining piece of horrific hokum written in a definitively atmospheric style, and not unlike that of the previously mentioned H.P. Lovecraft.

As I mentioned earlier, I have around thirty such accounts on record - all fascinating, all extremely thought-provoking, but none of which - so far - can be said to prove anything definitively. Unless, that is, you know better...

Is This the Ghost of James Stanley?