Without question it has been a terrific week for Phantasm fans - and as I've previously shared my love of the series here, you may know I strongly count myself amongst them  A fifth (and presumably final) installment in the long-running horror series has been rumored and hinted at ever since the fourth, 1998's 'Oblivion' managed to earn very respectable notices on a fraction of the budget afforded to its predecessors. Writer and director Don Coscarelli may have enjoyed even greater success in the series' wake with cult favorites 'Bubba Ho-Tep'  and 'John Dies At The End', yet it's clear that 'Phantasm' has remained close to his heart.

In 2007 he even reunited the series shadowy antagonist the Tall Man (Angus Scrimm) and the chief victim of his torment, Mike (A. Michael Baldwin) for footage contained in 2007's 'Farewell To The Alamo Drafthouse', leading many fans to speculate that 'Phantasm V' must be right around the corner.

The trail went cold however, and both Coscarelli and the series' resident reluctant hero Reggie Bannister repeatedly denied the existence of such a project in the intervening years. One single photo of Bannister filming in his familiar Reggie get-up surfaced on IMDB in 2009, though with no supporting information or announcement forthcoming, it went by largely unnoticed. It was with a healthy degree of skepticism then, that various horror and entertainment websites reported new poster art released on Wednesday (March 26th) seemingly confirming the imminent release of 'Phantasm V: Ravager'. Given that no information of any 'Phantasm' related filming had been given by cast or crew, some commenters were quick to suggest that this was more than likely an online ruse or a particularly convincing piece of fan art. 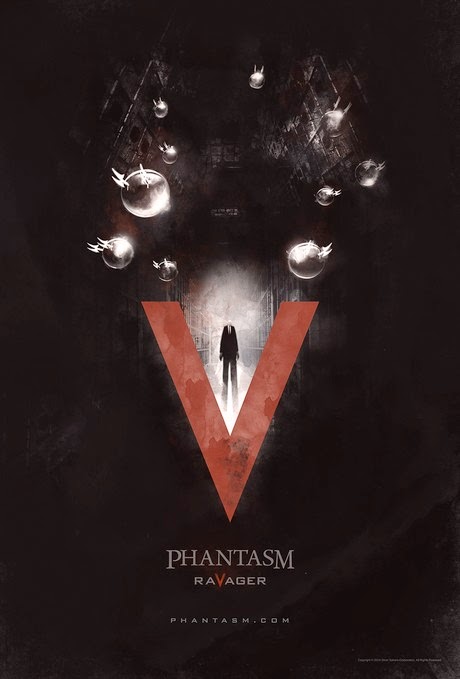 Thankfully the teaser trailer below was released the following day, removing all doubt: 'Phantasm V' is on the way, and probably sooner than we think! Reports state that the film is already in the can, having been filmed in secret at various times since 2008 (though there's no word on whether or not post-production work is already complete).

Dustin McNeill, curator of 'The Phantasm Archives' website has shared several more details including the film's original title of 'Reggie's Tales', perhaps suggesting some kind of anthology format - which after all would be a suitable approach for a film shot in pieces over the course of several years? We are also told that all of the original cast make appearances, presumably meaning the involvement of Bill Thornbury as Mike's brother Jody, along with Bannister, Baldwin and the irreplacably imposing- and now 87 years old - Angus Scrimm.

Further still, via Twitter Kathy Lester has confirmed her return as the Lady In Lavender - the seductive female form that the Tall Man took to ensnare Jody's friend Tommy in the original, with a brief appearance in the third.  If that were not enough to tide you over until the film's release, McNeill is on the verge of releasing 'Phantasm: Exhumed', the first ever book on the production of the series, culled from more than 60 new interviews with those involved and including excerpts from Scrimm's on-set journals dating back to 1977. 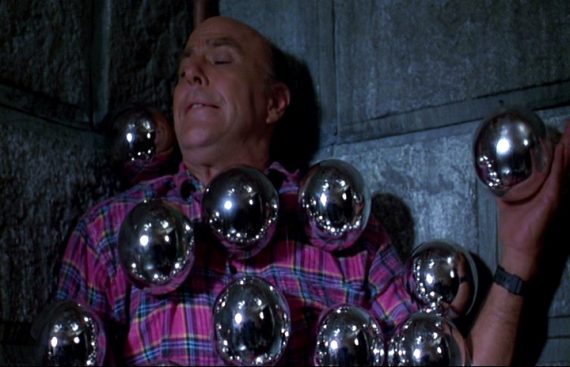 The only cause for concern amidst this excitement is that Don Coscarelli has not returned to direct 'Ravager', having turned the black chair over to David Hartman while remaining in the roles of co-writer and producer himself. Perhaps this is nothing to worry about however - besides his strong background as a director in animation, Hartman served as visual effects supervisor on 'Bubba Ho-Tep'

What are you hoping for from 'Phantasm V'? A clear conclusion to the saga, or perhaps something that would lead to new cast members and further installments? Be sure to let me know in the comments below.

What Fingerprints Can Tell Us