My recent article on how the UFO subject (and specifically the issue of "alien bodies on ice") has been used as a tool of disinformation has provoked a lot of people to email, Twitter and Facebook me on this thorny, controversial issue. And many of those same people seem to be missing the point. Hardly surprising, since disinformation is a murky mixture of fact and fiction. It's chiefly designed to confuse the targeted individual or group - whether the Nazis during the Second World War, the Soviets at the height of the Cold War, or, in today's world, maniacs who want to provoke terror.

But, to what extent has the UFO phenomenon been used and manipulated to confuse both enemy targets and the UFO research community? The answer is: to a huge extent! If you read my latest article on this very subject (as linked to above), you'll know it focused on claims that, in the mid-1950s, the U.S. Air Force secretly commissioned the creation/manufacture of a number of very lifelike "dead alien bodies."

Supposedly, they were used in a strange operation to (A) try and smoke-out Soviet agents/sympathizers in the United States; and (B) confuse the Russians regarding the true extent of U.S. knowledge of the UFO phenomenon. Indeed, convincing the highest echelons of the Kremlin that the U.S. had acquired alien bodies and extraterrestrial technology might very well have been perceived as a great way to frighten and unsettle the Reds.

According to a Technical Report prepared by the Air Force’s UFO study-program, Project Grudge, way back in August of 1949: “Upon eliminating several additional incidents due to vagueness and duplication, there remain 228 incidents, which are considered in this report. Thirty of these could not be explained, because there was found to be insufficient evidence on which to base a conclusion.”

Certainly the most notable entry in the document appears in the Recommendations section. It states, and I quote: “...that Psychological Warfare Division and other governmental agencies interested in psychological warfare be informed of the results of this study.” 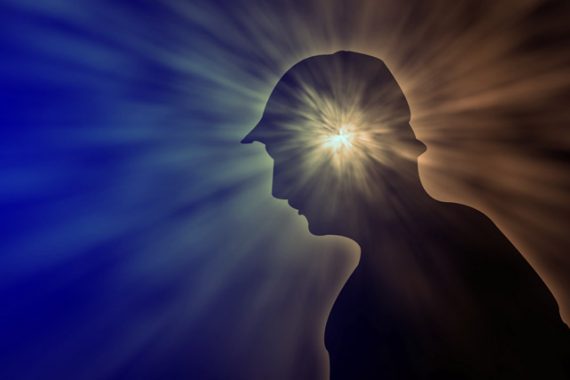 Moving on, a 1952 document from CIA director Walter B. Smith to the Director of the Psychological Strategy Board, titled Flying Saucers, reveals: “I am today transmitting to the National Security Council a proposal in which it is concluded that the problems connected with unidentified flying objects appear to have implications for psychological warfare as well as for intelligence and operations. I suggest that we discuss at an early board meeting the possible offensive or defensive utilization of these phenomena for psychological warfare purposes.”

Then there is the matter of the infamous, alleged UFO crash at Aztec, New Mexico in March 1948. It's a story made famous in Frank Scully's 1950 book, Behind the Flying Saucers. Many researchers of the UFO phenomenon (although certainly not all, such as Scott and Suzanne Ramsey) dismiss Aztec as nothing but a hoax, one perpetrated by a shady businessman named Silas Newton.

There is an interesting aspect to the Newton/Aztec story worth noting: by his own admittance, and after the Aztec story surfaced, Newton was visited by two representatives of "a highly secret U.S. Government entity" (as the late Karl Pflock worded it). Those same representatives told Newton, in no uncertain terms, that they knew his Aztec story was a complete lie, but, incredibly, they wanted him to keep telling the tale to just about anyone and everyone that would listen.

This led Pflock to wonder: “Did the U.S. Government or someone associated with it use Newton to discredit the idea of crashed flying saucers so a real captured saucer or saucers could be more easily kept under wraps?"

For many years, rumors have circulated to the effect that in the early 1950’s a UFO crashed on the island of Spitzbergen, Norway. And that under circumstances similar to those that allegedly occurred at Aztec, New Mexico, the unearthly craft was recovered along with its deceased alien crew. It transpires that a reference to this case can be found in a UFO-themed document that surfaced under the terms of the U.S. Freedom of Information Act from the National Security Agency. 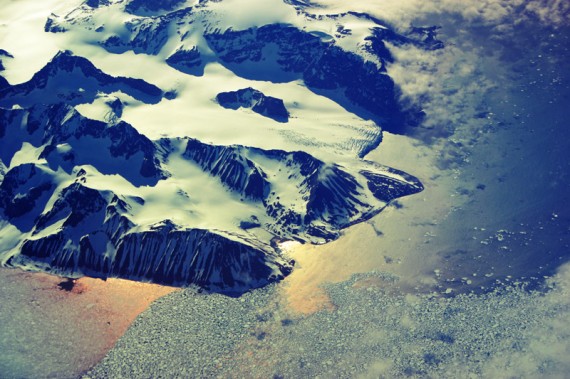 The NSA's copy is slightly different to copies of the same document that have been declassified by the Air Force, the Department of State, and the Army. Someone in the NSA - unfortunately, we don't know who - identified the Spitzbergen story in the document as a "plant." As to who seeded the story and why, that's another matter entirely, one that is probably now lost to the fog of time.

And if you think such things were merely the work of spy-masters in the early years of the Cold War, you're dead wrong.

In June 2001, Britain's Independent newspaper noted that Richard Tomlinson, formerly of Britain's MI6, had revealed that: "...during the run-up to the 1992 [United Nations] Secretary General elections, [MI6] mounted a smear operation against the Egyptian candidate, Boutros Boutros-Ghali..." Although the operation failed, reported the newspaper, one of the ways that MI6 tried to make Boutros-Ghali look "unbalanced" was by planting stories "claiming that he was a believer in the existence of UFOs and extra-terrestrial life."

So, where does all of this leave us? I'll tell you where: massively confused! And that's the point: ensure that whoever is the target of the disinformation operation in question is used and manipulated according to the rules of those running the show.

Now, a lot of people in Ufology get all hot and bothered and defensive when a discussion of UFO disinformation surfaces. They assume, quite wrongly, that if someone says there is massive UFO disinformation afoot, it somehow implies the person is saying the phenomenon has zero merit outside of the world of psychological warfare - which is nonsense! Clearly, there is a real UFO phenomenon. There are way too many reports - and highly credible reports, I should stress - for the entire mystery to be born out of the minds of disinformation strategists.

The problem, however, is that where the disinformation has succeeded is in sowing the seeds of doubt over this case, or over that case. And, sometimes, that leads people to then wonder about the merits (or the lack of merits) of other cases. So, what we end up with is (A) the UFO research community confused and unsure about what's real and what isn't, and (B) those manipulators behind the scenes eagerly rubbing their hands together and congratulating each other on a job well done.

So, yes, there is UFO disinformation - and a hell of a lot if it. But, here's the important thing: there are real UFOs, too...