Back in January of this year, I penned an article for Mysterious Universe titled Roswell: Multiple Realities and MIB. It looked at the controversial scenario of how shifts in what we perceive as "reality" might allow for more than one theory for the Roswell affair to have merit. Granted, my article was purely speculative in nature, but it did provoke some interesting comments. It also provoked the question: exactly how many theories are there for what happened on the Foster Ranch, New Mexico in the summer of 1947? Well, the answer is: a hell of a lot! Incredibly, at least fourteen!

While some of those theories are well known - to the point of having now become legendary - others are far less so. And with that in mind, I figured it would be a good idea to acquaint everyone, once and for all, with the many and varied scenarios that have been posited for the truth behind the Roswell enigma. So, where do we start? The beginning, where else? 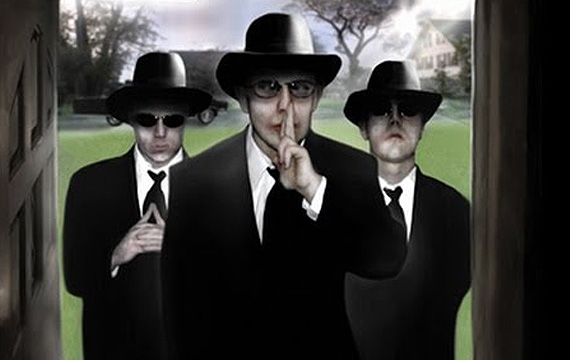 No-one disputes that something came crashing to earth in the wilds of New Mexico in early July 1947 - not even the world of officialdom. Indeed, history has shown that shortly after rancher Mack Brazel stumbled upon a large amount of mystifying material on the Foster Ranch (and possibly upon a number of unusual corpses, too - it has been suggested), staff at the Roswell Army Air Field issued a press-release stating that they had recovered nothing less than a "flying disc."

Of course, this was barely two weeks after the famous UFO sighting of pilot Kenneth Arnold at the Cascade Mountains, Washington State - an event that near-singlehandedly gave birth to the "flying saucer." Today, we have almost seventy years of "modern era" UFO reports to scrutinize - something which has allowed the extraterrestrial theory to develop and be widely embraced.

But,  it's difficult to say for sure the extent to which the concept of "flying disc = alien spaceship" was widely accepted, just barely two weeks after the Arnold affair. In other words, when the military  said: "Yes, we have recovered a flying saucer," it may have meant they had an extraterrestrial vehicle in their hands. On the other hand, it could also be interpreted as: "We have recovered a bunch of odd-looking wreckage that we think might be connected to those weird things in the sky people have been seeing for the last week or two - whatever they may be."

Regardless of which scenario is correct, however, it is an undeniable fact that the recovery of a flying disc was confirmed - which is just one of the many things that make Roswell such an intriguing and enduring case. It's also a fact that, in barely no time at all, the flying disc story was retracted and in its place the weather-balloon scenario surfaced. That's two explanations in two days. In the years that followed, a dozen or so additional theories surfaced - some more plausible than others.

In no particular order of merit, here are the other theories that have zero to do with alien spaceships or weather-balloons: 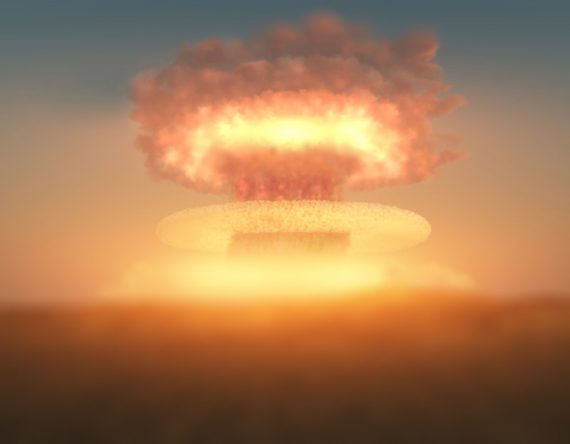 The late Jim Keith was the author of a number of conspiracy/UFO-themed books, including Casebook on the Men in Black; The Octopus (co-written with Kenn Thomas); and Black Helicopters Over America. In a small article titled Roswell UFO Bombshell, Keith described meeting with “a longtime researcher / instructor of engineering at a school in New Mexico" who claimed to know the truth of Roswell. As for what Keith was told, it goes like this:

"According to my source, the true story behind the alleged UFO crash was that there was an accident involving a B-29 flying from the Army Air Force Base in Sandia (Albuquerque) to Roswell...my source states that either an atomic bomb or what is termed a 'bomb shape,' or 'test shape,' the shell of a nuke lacking explosives and atomic capability, and sometimes filled with concrete to add weight, was accidentally or purposefully jettisoned above Corona, New Mexico, directly on the flight path between Sandia and Roswell. Along with the bomb, metal foil used for radar jamming, termed 'chaff,' may have also been dropped." 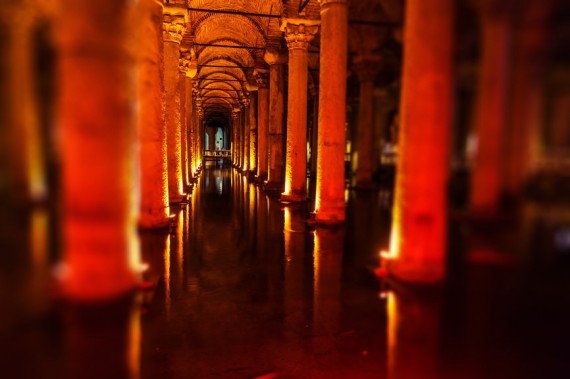 In 2010, Anomalist Books published the final title from the late Mac Tonnies: The Cryptoterrestrials. Highly thought-provoking and deeply controversial in equal measures, the book focused on the idea that UFOs are not the products of alien races, but of very ancient, terrestrial people that dwell deep underground and who masquerade as extraterrestrials to camouflage their true identity.

Tonnies speculated that the Cryptoterrestrials are likely very impoverished, but utilize subterfuge, hologram-style technology, and staged-events to suggest otherwise to us. He even theorized they may have made use of large, balloon-style craft, too. And on this very matter - of the Cryptoterrestrials using balloons in covert missions - Tonnies said: "Maybe the Roswell device wasn't high tech. It could indeed have been a balloon-borne surveillance device brought down in a storm, but it doesn't logically follow that it was one of our own." 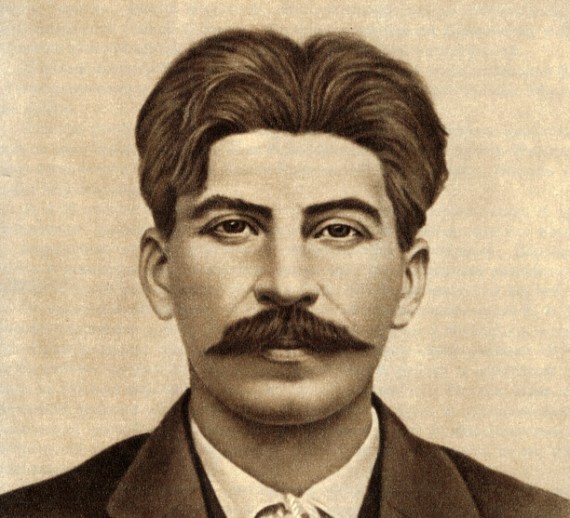 Annie Jacobsen's book, Area 51: An Uncensored History of America's Top Secret Military Base, created a huge wave of controversy when it was published in 2011, and chiefly for one, specific reason.  The book includes a story suggesting that the Roswell craft and bodies were, in reality, the diabolical creations of a near-Faustian pact between the notorious Nazi (and "Angel of Death)," Dr. Josef Mengele and Soviet premier, Joseph Stalin.

The purpose of this early Cold War plan: to plunge the United States into a kind of War of the Worlds-style panic by trying to convince the U.S. Government that aliens were invading. And how would the plan work? By placing grossly deformed children (courtesy of the crazed Mengele) inside a futuristic-looking aircraft designed by the brilliant aviation experts, the Horten brothers, and then trying to convince the U.S. of the alien origins of both. Unfortunately for Stalin - we are told - the plot failed when a storm brought down the craft and its "crew" in the wilds of New Mexico; an event that did not lead to widespread panic, but that instead was hastily covered-up by U.S. military authorities. 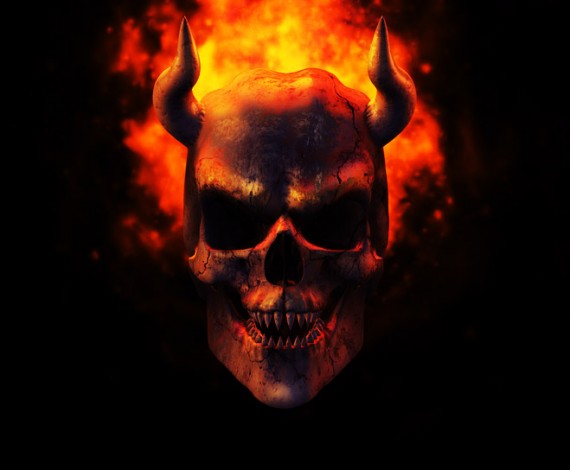 Of all the books I have written, it's accurate to say that the most controversial is Final Events. It deals with the work and theories of a quasi-official group within the U.S. Government that believes the UFO mystery is one of demonic origins. Yes, fork-tails, horns, fiery pits, maybe even spinning heads - that kind of thing. It must be stressed that the conclusions of the group were chiefly belief-driven, rather than prompted by hard evidence.

One of the conclusions of the group - that nicknamed itself the "Collins Elite" - was that Roswell was nothing less than a brilliant Trojan Horse. For the members of the Collins Elite, deceptive demons had, essentially, used a kind of "cosmic alchemy" to create both (A) the so-called "memory-metal" found by Mack Brazel on the Foster Ranch; and (B) the curious bodies - or body-parts - also located on the ranch. In other words, Roswell - perceived by the Collins Elite, at least - was an ingenious ruse, a staged-crash, designed to have us believe vulnerable ETs are in our midst, when it's really the all-powerful minions of Satan. 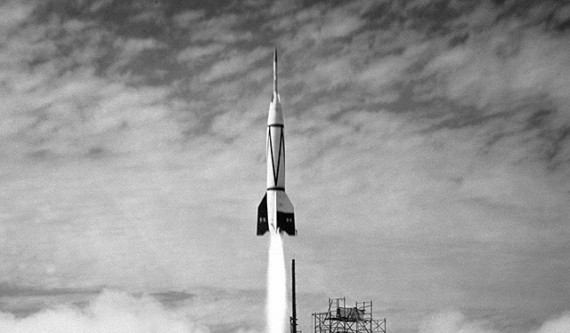 Although no longer active in the UFO community, Timothy Cooper provoked a wealth of controversy in the 1990s, thanks to an enormous body of allegedly leaked, and, supposedly highly secret, documentation in his possession on everything from crashed UFOs to alien autopsies, and from sinister deaths in the UFO field to alien viruses. One such document -  titled UFO Reports and Classified Projects - offers a non-UFO-themed explanation for what occurred at Roswell. The relevant extract reads as follows:
"One of the projects underway at that time incorporated re-entry vehicles containing radium and other radioactive materials combined with biological warfare agents developed by I.G. Farben for use against allied assault forces in Normandy in 1944. When a V-2 warhead impacted near the town of Corona, New Mexico, on July 4, 1947, the warhead did not explode and it and the deadly cargo lay exposed to the elements which forced the Armed Forces Special Weapons Project to close off the crash site and a cover story was immediately put out that what was discovered was the remains of a radar tracking target suspended by balloons." 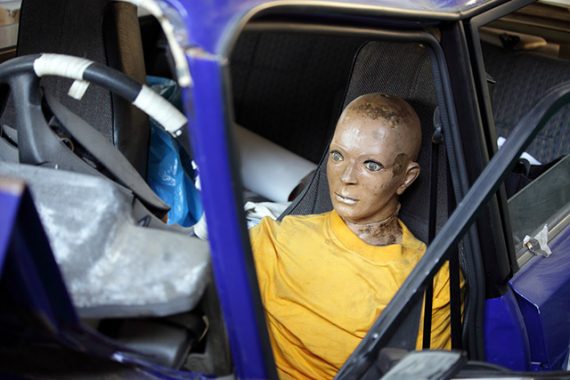 6. The Dummies of Roswell

When personnel at the Roswell Army Air Field announced, in July 1947, that they had recovered a crashed flying disc, one thing was 100 percent absent: any mention of bodies. And, needless to say, the body angle was also absent from the hasty follow-up explanation of a weather-balloon recovery. The body angle was also denied in the Air Force's July 1994 report on Roswell (titled Report of Air Force Research Regarding the Roswell Incident), as the following extract shows: "It should also be noted here that there was little mentioned in this report about the recovery of the so-called 'alien bodies.' The wreckage was from a Project Mogul balloon. There were no 'alien' passengers therein."

Three years later, however, things had changed. In a new document - The Roswell Report: Case Closed - it was stated: "'Aliens' observed in the New Mexico desert were probably anthropomorphic test dummies that were carried aloft by U.S. Air Force high altitude balloons for scientific research...The  reports of military units that always seemed to arrive shortly after the crash of a flying saucer to retrieve the saucer and 'crew' were actually accurate descriptions of Air Force personnel engaged in anthropomorphic dummy recovery operations."

And, that's where Part 1 of this article ends. In the second-part, you'll become acquainted with an equally varied body of even more explanations for Roswell. Somewhere within this entire, confusing mess, the truth of Roswell just might exist...