Roswell: How Many Scenarios? Pt. 2

In part one of this article, I acquainted you with no less than eight explanations for what happened on the Foster Ranch, New Mexico in the summer of 1947 - an event far more famously known as "The Roswell Incident." That list of eight theories was comprised of the following: (1) a flying saucer; (2) a weather-balloon; (3) an atomic bomb; (4) the cryptoterrestrial theory; (5) a bizarre experiment initiated by Soviet Premier, Josef Stalin; (6) the demonic angle; (7) an accident involving a V-2 rocket; and (8) crash-test dummies.

To say the very least, that's quite a list! And, incredibly, it's far from over. There are no less than another six theories that need to be addressed. And, no doubt, someone will surely point out that I have missed one or two. With that said, read on... 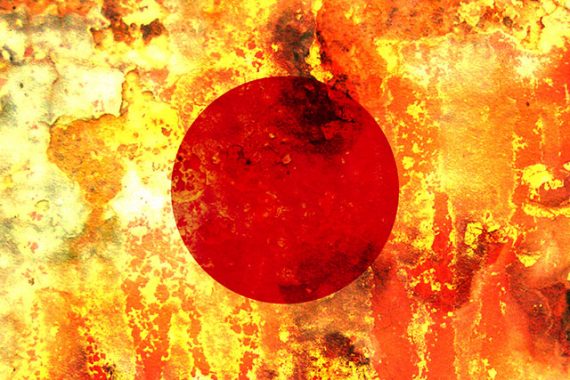 One of the most controversial theories for the Roswell affair suggests the stories of crashed UFOs and dead aliens were born out of high-altitude experimentation/flights using human test-subjects - some, at least, being Japanese individuals. In 1997, Popular Mechanics published a story along these very lines. Plus, the well-respected Australian UFO researcher Keith Basterfield was given a near-identical story (in the mid-2000s) by a man whose father worked for British Intelligence. But that's not all.

Another person who was hot on the trail of the "high-altitude/Japanese" angle was the now-deceased UFO investigator Kathy Kasten. Much of Kathy's research on this particular topic took her to Fort Stanton - which just happens to be situated in Lincoln County, where the still-mystifying events of July 1947 went down. After Kathy's death in 2012, I inherited all her files, notes, correspondence, documents and much more - hundreds of pages of which (and maybe even more) were focused on her Roswell/Fort Stanton research. And then there is Kathy's unpublished book on her Roswell research, too, which makes for fascinating reading. I suspect we have not yet heard the last of this particular theory. 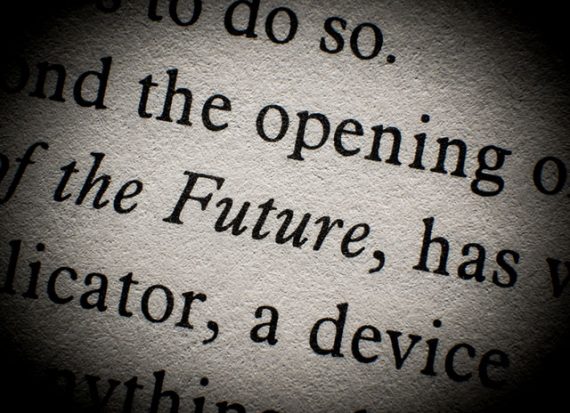 One of those who revealed his thoughts on the time-travel scenario was Lieutenant Colonel Philip Corso, co-author with William Birnes of the much-debated, championed and denounced UFO-themed book: The Day after Roswell. The unusual bodies found within the wreckage of the craft, Corso claimed, were genetically created beings designed to withstand the rigors of space flight, but they were not the actual creators of the UFO itself.

Right up until the time of his death in 1998, Corso speculated on the distinct possibility that the U.S. Government might still have no real idea of who constructed the craft, or who genetically engineered the bodies found aboard. Notably, Corso gave much consideration to the idea that the Roswell UFO was a form of time machine, possibly even one designed and built by the denizens of the Earth of a distant future, rather than by the people of a far away solar-system. 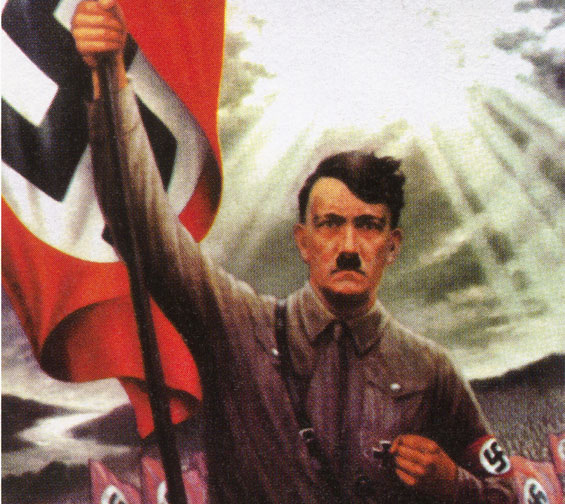 Following the defeat of Nazi Germany in 1945, numerous German scientists were brought to the United States via a program called Operation Paperclip. And many of those same scientists went to work at the New Mexico-based White Sands Missile Range (or the White Sands Proving Ground, as it was known back then). This has led to a scenario involving a highly secret program to test-fly radical Nazi aircraft captured after Hitler and his cronies went belly-up.

Someone who has deeply addressed the Nazi/Roswell links is Joseph P. Farrell, the author of Roswell and the Reich: The Nazi Connection. Farrell, however, takes things in a decidedly different direction. He concludes the Roswell event was not caused by the flight and crash of a German craft flown from White Sands. Rather, Farrell believes that "what crashed may have been representative of an independent postwar Nazi power - an extraterritorial Reich monitoring its old enemy, America..."

The Flying Saucer was a science-fiction novel published in 1948 and written by Bernard Newman, a man who penned more than a hundred books on subjects including real-life espionage, global politics and current affairs. It was his foray into the weird world of crashed UFOs that was perhaps most notable of all, however.

The book was published just 11 months after the alleged recovery by the U.S. military of a flying saucer on the Foster Ranch, Lincoln County,  New Mexico in July 1947. The Flying Saucer tells the story of a secret cabal that stages a series of hoaxed UFO crashes, with the express purpose of attempting to unite the world against a deadly alien foe that, in reality, does not exist. That Newman had numerous, high-level connections to officialdom has given rise to the theory that (a) Roswell was, itself, a staged event - one designed to scare the Soviets into thinking the United States had acquired alien technology; and (b) Newman based his "novel" on data secured by sources with knowledge of the Roswell ruse. 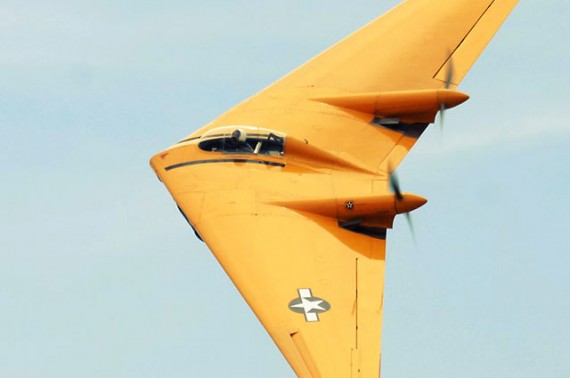 In an article titled Roswell Explained - Again (which was published in Fate magazine in September 2005,  Kevin Randle (a leading figure in the quest to resolve Roswell) stated that during the early part of the 1990s, he "interviewed a man who worked with NASA at the White Sands Missile Range." The man in question was Gerald Brown.

Randle continued that Brown speculated "some kind of flying wing had crashed while carrying five chimps dressed in silver flying suits." So far, no evidence has surfaced to suggest that the alien body stories can be explained away via the chimpanzee scenario. On the other hand, there is no hard, undeniable evidence for any theory when it comes to Roswell! 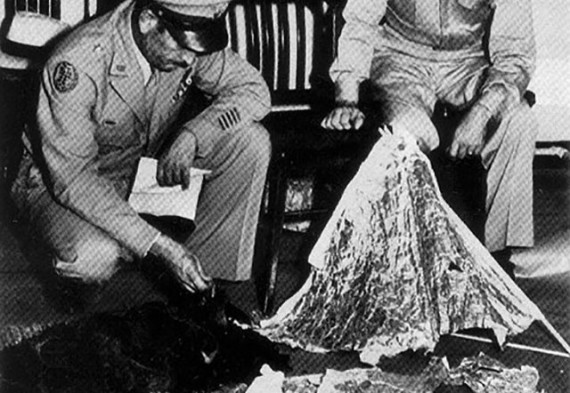 6. Mogul and the Air Force

On 28 July 1995, a report surfaced from the National Security and International Affairs Division of the General Accounting Office (today called the Government Accountability Office) that disclosed the results of its investigation of the Roswell affair. Commenting on an Air Force report on Roswell published in July 1994, the GAO noted the following:

“DOD informed us that the U.S. Air Force report of July 1994, entitled Report of Air Force Research Regarding the Roswell Incident, represents the extent of DOD records or information concerning the Roswell crash. The Air Force report concluded that there was no dispute that something happened near Roswell in July 1947 and that all available official materials indicated the most likely source of the wreckage recovered was one of the project MOGUL balloon trains. At the time of the Roswell crash, project MOGUL was a highly classified U.S. effort to determine the state of Soviet nuclear weapons research using balloons that carried radar reflectors and acoustic sensors.”

And that's where things stand to this very day: fourteen theories for just one, near-seventy-year-old event. They are theories that range from the plausible to the unlikely, and with others hazily hovering somewhere in between. Some of those scenarios may be the work of hoaxers; others could be born out of the clandestine worlds of disinformation and psychological warfare. The Air Force's reports on the Mogul Balloon angle and the crash-test-dummy theory are - in my opinion, at least - honest attempts to try and resolve a mystery for which, today, no files can be found - anywhere.

Somewhere, in this confusing mass (and mess) of theories, I suspect the truth of Roswell exists. But, to what extent we will be able to confirm that truth, given the passage of time, the lack of any files, and the confusion born out of so many conflicting scenarios, I'm not so sure. Of only one thing am I sure: a decade from now there will be another fourteen theories flying around...