Upon its release in 1994, 'The Crow' proved to be a huge hit - albeit one with a deceased star - creating a tricky situation for Miramax, who were obviously keen to spin the film off into a series. When thoughts inevitably turned to a sequel the following year, writer David S. Goyer was commissioned for scripting duties. Eager to separate his film from its predecessor, Goyer considered several approaches in the hope of finding something that would be embraced by fans while remaining respectful to Brandon Lee.

These included an L.A. gangland murder tale and an older Sarah as a female Crow. Miramax had other ideas, however, including resurrecting Top Dollar for a final showdown. In retrospect this complete disagreement in approach was a good indicator of the too-many-cooks scenario that was to follow, resulting in the titanic mess that is 'The Crow: City Of Angels'. 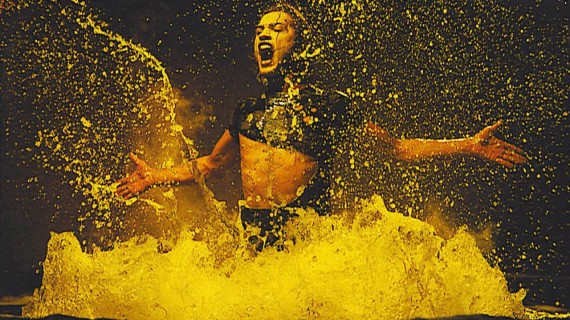 True to Goyer's plan, an older Sarah features in the film, played by Mia Kirschner. She is not this movie's Crow however - that role goes to Swiss-born Spanish actor Vincent Perez, who depressingly seems to have been made up to resemble Brandon Lee as closely as possible, even before he dons the iconic make-up. Perez is Ashe Corven, a mechanic and father to a young son, Danny (Eric Acosta). One evening while hanging out together at Ashe's workplace, the pair witness a drug dealer being murdered by a rival gang. Under strict instructions from their leader Judah Earl (Richard Brooks) to leave no witnesses, the gang kill Danny and Ashe, ignoring his pleas for his son's life.

Sarah meanwhile, now grown up and working as a tattoo artist, has been having dreams about these events. When a crow flies in through the skylight in her apartment (which is filled with her paintings fixated upon death, along with the mask that hung on Eric's mirror in the first film) one night, she duly follows it down to the harbor by the mechanics and is the sole witness to Ashe's resurrection as he rises from the water - one of the films few visually impressive scenes. She soon takes him under her wing (sorry) and explains to him about the crow and the reasons for his return, preparing him for his grisly mission ahead. From then on, it's a matter of following the chain to the top, taking down Judah Earl's heavies along the way before confronting the man himself. 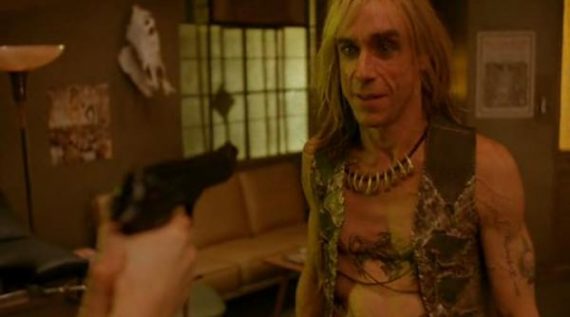 The majority of 'The Crow: City Of Angels'' flaws should be readily apparent to any fan of the original. Rather than a sequel that takes the Crow mythos in a new and bold direction, it more or less amounts to an ill-timed and sub-par remake, recycling far too many elements from the original. Judah Earl is even given a mystical blind accomplice - basically an identical role to Bai Ling's Myca. Perez is a respected actor, but he flounders here giving a stilted performance that never clicks. Ashe was never given a chance to be his own character and never amounts to more than a man with a distracting accent reciting terrible action movie dialogue while dressed as Brandon Lee.

Some samples: "Pain is my power.", "I'm all your nightmares rolled into one!", "Do you know how to die?". It's awful, sub-'Death Wish' stuff. His relationship with Sarah suffers similarly, and his cause, despite Perez's efforts lacks the resonance of Eric and Shelly's.

In a very half-hearted attempt to create a distinct visual identity for the film, everything is given a sickly and unappealing green tinge. That director Tim Pope's background was in music videos does not come as a surprise. Even Graeme Revell's score lacks the emotional gut-punch and sweeping grandeur of his previous work. The film's climax is alternately aggravating and baffling. There are some good points however. Iggy Pop is memorable as Curve, one of the gang members, and his death scene in which he appears to be floated down the River Styx plays out nicely. Fellow musician Ian Dury also pops up in an all too brief role as Noah, the manager of Sarah's tattoo shop.

Overall though 'City Of Angels' remains a pale imitation - forgettable, ugly and disrespectful of O'Barr and Lee. How and why it came to be this way is a subject of debate - the original cut is rumored to be almost twice as long as what was eventually released, with Miramax reportedly demanding cuts to make the film as close as possible to the original. To their credit, Pope and Goyer have both since disowned the film. Die-hard fans have hoped for years to see a director's cut, though poor DVD sales make the probability slight. Was there a better movie in that original three hour cut, before studio meddling diluted Goyer's vision? I remain skeptical. After all, that lousy dialogue didn't write itself.