When asked about the plot of 'Inland Empire', his last feature film to date, David Lynch gave the uncharacteristically succinct response that it was about 'a woman in trouble'. That brief description could in fact apply to around half of Lynch's canon (and both of my two top picks). Indeed, it's clear that this theme has long fascinated the director - Twin Peaks itself originally grew out of discussions of a project based on the suspicious circumstances surrounding the death of Marilyn Monroe. Two women in trouble, played by the glamorous Laura Harring and the then relatively little-known Naomi Watts, are at the center of 'Mulholland Drive', one of Lynch's more critically well-received movies, that combines this theme with several of his other frequently recurring motifs: dreams, identity and darkness beneath beauty, to dizzyingly potent effect. 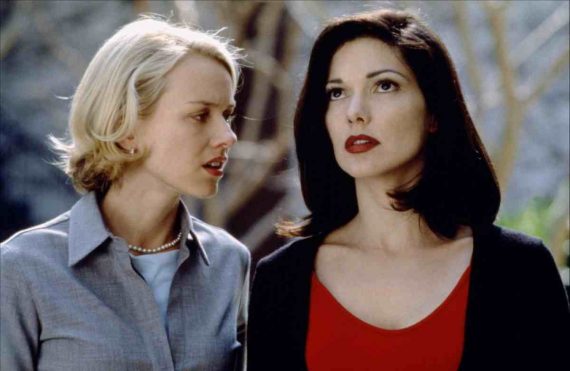 'Mulholland Drive' is certainly a film that's better to experience than be told about. So much is deliberately left open to interpretation that to presume to tell somebody 'what it's about' is to miss the point entirely. A psychological thriller, a mystery, a love story and a fever dream, this is the film that takes Lynch's catalog of tricks and tropes to their zenith. The movie's origins as the pilot for a proposed TV series may go some way to explaining the sheer number of ideas and threads included within.

The movie has often been described as a series of vignettes, and while this may give the false impression that 'Mulholland Drive' does not coalesce into a satisfying whole, it is true that the film contains many scenes that are memorable in their own right: Club Silencio, the affecting love story between Betty and Rita, the creature behind the diner, the mysterious cowboy. Yes, some of the tricks are familiar, but this is clearly the work of a director operating at the top of his game. A dynamic, involving and provocative foray into one of cinema's wildest imaginations.

If ever a director was accurately accused of giving his audiences more than they bargained for, David Lynch was the director and 'Fire Walk With Me' was the film. Released just a year after the phenomenally intense but brief success of the TV series had waned resulting in an abrupt cancellation, Lynch was given free reign away from network censorship and expectations, and it certainly shows. While the film is heavy on nudity and violence, it's important to remember just how dark and disturbing the story of Laura Palmer already was, right from the anguish-laden pilot episode through to the deeply haunting reveal of her killer. Many critics at the time seemed to overlook these aspects to some degree - 'Fire Walk With Me' was billed as depicting 'the last seven days of Laura Palmer'.

If 'Twin Peaks' had any kind of thrust, it was in revealing Laura's contradictions, downward spiral and the seemingly idyllic town whose seedy secrets, double lives and oblique mysteries contributed to her death. How could Laura Palmer's last week on Earth be depicted without delving into these extremes of human behavior? How could seeing her abuser win-out as her life fell apart be anything other than a harrowing, emotionally jolting experience? Nevertheless Janet Maslin of The New York Times declared the film 'brain-dead', while U.S.A. Today felt the need to point out that a film depicting the murder of a teenage girl was 'morbidly joyless' in their one-and-a-half star review. 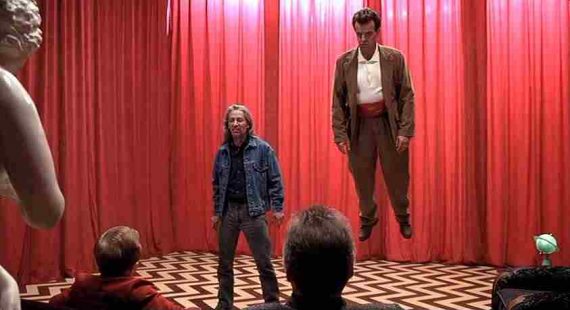 Much of 'Fire Walk With Me' was shaped in pre-production, when having originally refused to participate for fear of becoming typecast, Kyle MacLachlan eventually agreed to return in a greatly reduced role. So, instead we focus upon Agent Chester Desmond (Chris Isaak, engaging as always) as he investigates the murder of Theresa Banks, aided by his partner Agent Sam Stanley (Kiefer Sutherland) and under the cryptic advice of Gordon Cole (Lynch himself). Gradually many parallels to Laura's then-imminent death are revealed in the Banks case, and it seems highly likely that Theresa was a victim of the same killer.

hile on the trail, Chester Desmond suddenly disappears however, just as another long-lost field agent (played by David Bowie) re-appears before Agent Cooper and Cole at the FBI headquarters. While the precise nature of the dark forces that are at work remain a mystery, Cooper is convinced that whoever murdered Theresa will kill again.

It is at this point that we jump forward a year to the movie's core - the last days of Laura Palmer. Lara Flynn Boyle opted not to return, so Laura's best friend Donna is played here by Moira Kelly, who does a good if unremarkable job. Ray Wise and Grace Zabriskie are masterful as ever as Laura's parents. Sheryl Lee however, is truly outstanding throughout. Having a character who we learned so much about but never really saw throughout the series be the center of the movie must have been a daunting prospect.

As I've already mentioned, Laura is a mess of contradictions and that her kindness, darkness and pain are all evident and believable ensures that the second half of 'Fire Walk With Me' packs a powerful emotional punch. The threats and abusers that surround the character, from the otherworldly (Mrs. Tremond) to the lecherous (Jacques Renault) to the violent and close-to-home  build up to overwhelming effect. While it is a fair criticism that the movie can seem self-consciously weird or self-indulgent, it is the heartbreaking and unsettlingly human aspects of 'Fire Walk With Me' that leave an indelible impression.