Where is Everyone: Can Moore’s Law Solve the Fermi Paradox?

Can we measure the probability that life in the cosmos develops only so far before fizzling out?  Is there a way to quantify the evolutionary potential of biological life and its reach throughout the universe?

Theoretical supposition can be fun.  It can be a way to expand your understanding of a concept and to explore aspects of a phenomenon that hadn’t previously been considered.  We all do this, in fact, sometimes we do it without even realising, but in a much less formal manner than in other endeavours.  The world might be a better place if more people undertook to theorize in a formal manner, but the fact of the matter is, most people aren’t interested in doing anything more than scratching the surface of many issues, unless and until that issue somehow affects them personally.

It should be known that such supposition has no inherent problem solving value.  That’s because it’s generally based on unlikely possibilities and unconfirmed facts.  This is amply demonstrated in the endless theorising that surrounds the disappearance of Malaysia Airline’s Flight MH370.  The vast majority of the speculation surrounding this story is worthless; it serves no purpose and ultimately cheapens the loss of some 300 innocent lives, but the process of theorising can be helpful in other instances.

There are some topics for which we have no choice but to speculate based on inadequate information.  Many scientific endeavours exemplify this concept, but there’s a difference between that kind of speculation and that which surrounds pop-culture events.  The difference is striking at times, too. 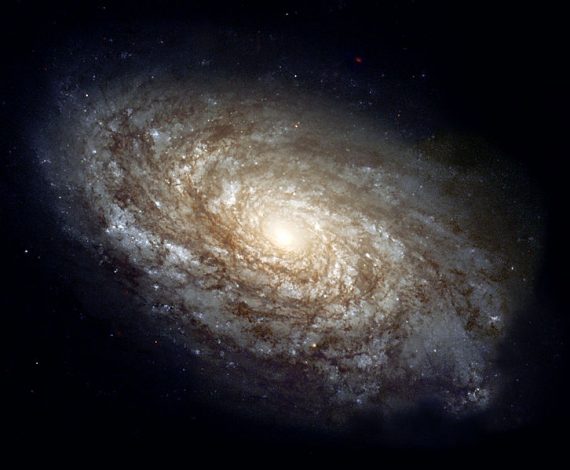 Nowhere is that divide more noticeable than in exobiology, or the study of life that originates anywhere but Earth.

The entire discipline of exobiology is suppositional.  There are no facts on which to base theories of life outside of our biosphere, but that doesn’t diminish the work, nor does it discourage those who undertake it.  That statement comes with a caveat though; our vast, yet incomplete, knowledge of life on Earth, and of the laws of physics, and of chemistry, allow us to make educated guesses about what may be happening elsewhere in the galaxy, or even the universe.  However – and this slowly changing – we have no first-hand knowledge of the conditions on other planets (with limited exceptions in our own star system), and thus we are forced to speculate on what might exist.

The questions exobiology, and by extension astrobiology, try to answer are questions that many, or even most, people have asked of the night sky.  Are we alone?

It’s a compelling question, and though some people would no doubt argue that the question has already been answered, the fact that it hasn’t been answered is actually just as compelling.

In keeping with the theorising mentioned above, a particularly astute astrophysicist, named Enrico Fermi, with the help of Michael H. Hart, formulated a logical argument to frame the above quandary in terms that can be measured.  The result is the infamous Fermi Paradox, which says the following:

“The apparent size and age of the universe suggest that many technologically advanced extraterrestrial civilizations ought to exist.

However, this hypothesis seems inconsistent with the lack of observational evidence to support it.”

In more pointed terms, it claims that since our sun is a relatively young star, among the other stars in our galaxy, and that in its relatively short lifespan, life has sprung up at least once in its planetary system.  Then, given the number of other stars in our galaxy and in other galaxies, it seems reasonable to think that life should have sprung up elsewhere, numerous times.  Furthermore, since most stars are billions of years older than ours, such life should, at least in some cases, be advanced enough for interstellar travel, and such an advanced civilization should be capable of colonising a galaxy such as the Milky Way within tens of millions of years – a mere blink of the eye on the cosmic scale.  So where are they? 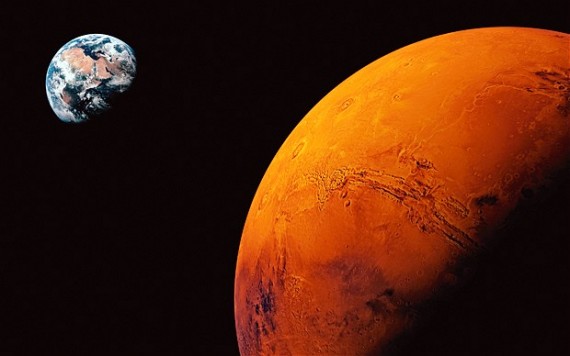 You might recognise the first part of that argument, as it’s very similar to and partly based on the famous Drake Equation, formulated by physicist Frank Drake in an effort to estimate the number of intelligent civilizations in our galaxy.  Current estimates, based on everything we know about the abundance and type of exo-planets out there, suggest that there should be greater than 10,000 such civilizations, just in the Milky Way.  Again though, where are they?

That final question is what really makes up the Fermi Paradox.  The logic of it is also used in the same manner in relation to time travel.  Stephen Hawking has famously asked, if time travel is possible, which it appears to be in a way, then where are all the time travellers?

This point is perhaps more significant than you realise, but since it’s currently unanswerable we might consider if there are natural explanations from our own knowledge base, that could account for these missing civilizations.

How about Moore’s Law?

If you’re unfamiliar, Moore’s Law is a mathematical model that predicts the doubling of computing power at a regular rate into the future.  More specifically, it says that at the current level of development, the number of transistors that can be installed on the surface of an integrated circuit board will double every two years, or 18 months.  It was developed by Gordon E. Moore in 1965, as a way of predicting the rate of advance in computer technology in the marketplace.

Interestingly, Moore’s Law was itself used in another bit of theoretical supposition, regarding the advance of biological life on Earth.  Two scientists, both biologists, used Moore’s Law to analyse nucleotides (DNA/RNA) to formulate a timeline for life on Earth.  What’s surprising is that their data plotted a timeline that suggests life on Earth is older than the Earth itself.  By quite a bit too.

It should be noted that their conclusions are not really conclusions.  This wasn’t a study and they haven’t even formulated a hypothesis from which to work, it was very much just a thought experiment put down on paper.  But it is a valuable speculation, in that it might shed light on the issue of why there aren’t, to our knowledge, any galactic neighbours hanging around. 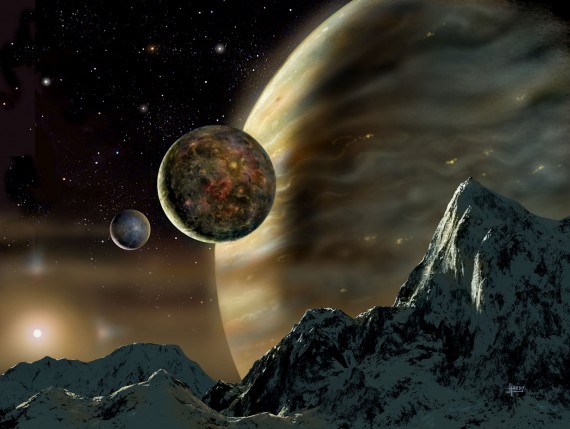 Moore’s Law has a theoretical ceiling, at least it does with regard to computing.  Some have suggested that a transition from standard single processor computing to quantum computing smashes that ceiling, but others contend that a different prediction model would have to be formulated to accommodate the drastically different quantum technology.

Does biology have a similar ceiling?  Are we at that ceiling?  As is an integral part of the complete Fermi Paradox a philosophical truth is expressed, wherein it’s said that all civilization is predisposed to destroy itself.  Could this propensity for self-annihilation be the natural ceiling for the development of biological intelligence?  This basic truth about life – at least a truth insofar as it applies to humanity – might be equivalent to the barrier inherent in computing, and if so, could the development of life elsewhere be measured and predicted by Moore’s Law or a similar theoretical model?

Few would argue that mankind is currently on a precipice, poised to test that truth.  If we succeed, we may graduate into another level of existence, whether that’s a transcendent metamorphosis or is simply embodied by emigration into space, is currently immaterial.  If we fail, however, it means our end, and none of the ways that could come about are appealing in any way.

Moore’s Law is called a law because it has very accurate prediction power.  In computing, the advance of technology has followed his prediction pretty much to a T.  But biology isn’t as consistent as computer parts, and when you mix in all the ways life elsewhere in the cosmos can be different than it is here, it seems difficult to apply.  Even here on Earth we know of life forms that are so drastically different from the common idea of biology, that they’ve garnered international attention.  In December 2010, NASA representatives excitedly told the world about a type of extremophile that has been found in California.  This tiny but unique life form thrives in an arsenic rich environment, an environment that would kill any other kind of life on Earth.  With those kinds of differences in play, the idea that life elsewhere would or could follow similar developmental paths seems naïve.

So the question becomes, if Moore’s Law, and its attendant ceiling, can be applied to biological life, which may or may not be the case, would it apply to all life in the cosmos?  And if it does, is that why our galactic neighbourhood seems so empty?

"Or, as some have speculated, do we smell bad? Are our cosmic brothers too afraid to buy us deodorant? We may never know..." - Alexx Bollen

Scientists Turn Bigfoot Into Cyborg, Then Run For Their Lives in ‘Megafoot’