Back in October 2013, I penned an article here on a lecture that author Christopher O'Brien gave at the Paradigm Symposium in that very same month. Chris' talk was on his then-forthcoming book, Stalking the Herd: Unraveling the Cattle Mutilation Mystery. Well, I'm very pleased to say that Chris' new book is now amongst us. Not only that, it's without doubt the definitive book on the mysterious animal mutilations that have, for so long, perplexed and terrified so many.

A review copy of Stalking the Herd was recently sent to me and I eagerly devoured it across several days. And, if you're interested in, or fascinated by, the cattle mutilation conundrum, you should read it too. Arguably, you must read it. And for several reasons.

It's important to note that while a number of previous titles have been published on the cattle mutilation mystery, they were chiefly supportive of one particular theory. Linda Howe's An Alien Harvest (of 1989) was driven by the theory that the mutilations are the work of extraterrestrials. Mute Evidence - penned by Daniel Kagan and Ian Summers - took a far more down to earth approach and suggested predators and scavengers were the primary causes of the killings.

Chris O'Brien, I am pleased to say, is free of any particular bias - one way or the other. What Chris does - in very refreshing fashion - is to present all the data and all the theories. In doing so, he avoids pummeling the reader with one particular, pet theory. Instead, Chris lets the evidence, the witnesses and the data tell the story, and then he tries to make some sense of it. And there's a hell of a lot of witnesses and data - to the extent that the book runs to almost 600 pages. And nearly 600 pages for just $19.95 is great value for money, too.

With an introduction from David Perkins and a foreword from Greg Bishop, Stalking the Herd makes for reading that is both gripping and disturbing - and on numerous levels, too. Dealing with such a complex and multifaceted subject-matter, I consider that Chris' decision to tell the story chronologically is the wisest approach. Not only does that make digesting the story easy, but it also reveals the way in which both the mystery and the attendant theories to explain it have developed over the years.

To demonstrate the sheer extent of the research that has gone into Stalking the Herd, I should first refer you to Chapter 1 of the book, which takes us back to the days of the ancient Romans, Greeks, and Minoans, and the equally ancient world of animal sacrifice. An important lesson can be learned from reading this chapter: there's nothing new, at all, about animal mutilations.

Matters then progress to more recent times, as Chris tackles the controversial "horse ripping" saga of George Edalji of 1903 (an affair I know a great deal about, since I grew up barely a stone's throw from where all the action went down), as well as other early 20th Century mute-events that make for notable reading.

Of course, it's the period from the 1960s thru to the present day that Chris chiefly covers in his book. And he does so in highly detailed fashion. Certainly, when it comes to what many consider to be the proto-mute - namely the Snippy affair of 1967 - Chris provides us with a superb write-up that adds a wealth of new and hard-to-find data on the case. Don't miss this section, as it perfectly sets the scene for the menacing activity that has followed ever since.

Then we're into the 1970s, with numerous stories of black and unmarked helicopters, the "satanic cult" and "devil worshipper" theories, missing and slaughtered animals, and a potential "alien abduction" link to the cattle-mutilations. And then things begin to get very dark and conspiracy-filled and fueled.

FBI investigations, law enforcement officials utterly baffled, suspicions of top secret bioweapons-based operations, and the beginnings of a theory that the cattle-mutes might have their origins in domestic programs of a very controversial nature, start to surface.

It's not just the United States that Chris focuses on, however: there's the curious tale of the floating calves of Brazil, unusual animal deaths in the U.K., and strange goings-on in Canada. And it's not just cows and the occasional horse that Chris goes in pursuit of. Sheep, dogs, elk and more: they're all victims of the mysterious butchers. Even people may have fallen foul of the mutilators.

And then we come to the most sinister part of the story: the matter of the food-chain. If I make mention of Mad Cow Disease (or, as it's officially known, vCJD: variant Creutzfeldt-Jakob Disease), the beef industry, the possibility of widespread infection of the U.S. cattle-herd, emerging viruses, dementia and Alzheimer's that might actually be something else, you'll see where Chris is going. 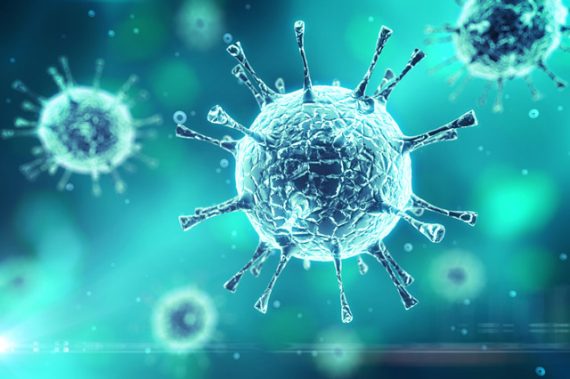 Some people might be terrified by the possibility that aliens are mutilating our cattle. What Chris has uncovered, and reveals, in the final chapter of Stalking the Herd makes the theoretical antics of aliens look like the smallest fry possible when faced with a far bleaker, and much closer to home, scenario.

Stalking the Herd is the most important book ever written on cattle mutilations. There's zero question about it. It's also the most informative book on the subject. And it's not written in a fashion designed to demand you accept this or that theory as the correct one. Instead, what we have with Chris O'Brien's new book is - in my view - hard evidence of a deeply unsettling mystery in our very midst. And maybe it's a mystery born out of not just one phenomenon, but several. But whatever the answer may be, it doesn't look good - for any of us.

Stalking the Herd is a book you should read right now.