Did the CIA Possess Djinn-Infested Jewellery?

Shopping for jewellery, especially for someone other than oneself, is already a painful process. Diamond hunting for that special someone? Better brush up on your “4 Cs:” Color, Clarity, Cut and Carat weight – all of which seem to be in place just as an excuse to jack up the most important C – Cost. Even less expensive accessories offer a dizzying number of materials, styles, and designs to keep everyone from the elderly to neo-hippies to toddlers decked out (my ex-wife can tell you all about Tiffany’s charm bracelets for 3-year-olds).

And here’s an even more complicated question you may not be aware of: what kind of Djinn would you like with your bling? 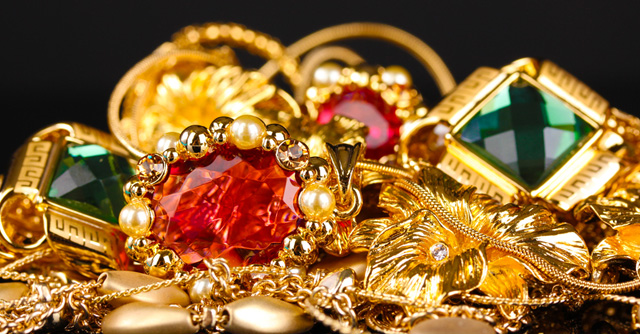 We’re all familiar with the idea of the genie (the bastardized Western version of the Djinn) appearing out of bottles to make sketchy deals with all too eager humans, but the use of jewellery and other worn accessories for magick and religious purposes dates back as far as 100,000 years ago, with artifacts appearing in places like Israel and Northern Africa.

Later on the Celts – whose recognizable design flourished across Europe through the Bronze and Iron ages beginning around 3,000 years ago - made it fashionable to wear designs like pentagrams and other pagan artwork to ward off evil spirits, or bring a good harvest to one’s village. Witches, during those pesky years where they were burned at the stake, undoubtedly hid most of their best stuff in the top drawer, similar to today’s traveling salesman leaving the wedding ring in the hotel before hitting the hotel bar.

But containing actual spirits inside the jewellery? That’s crazy enough to drop the grill right out of Lil’ Wayne’s mouth, right? Not at all. A quick search on Djinn-releated jewellery shows that a market exists, with prices ranging from wholesale, to head-scratching (some sites, like this one, charge up to $23,000 for a Djinn-binding ring)

One site I came across advertised a second-hand ring, for around $500. What I found particularly interesting was its description. It was claimed that the ring had been worn by “a very successful CIA Agent“ who had used the Djinn contained inside to be promoted quickly within her department and enjoy many positive experiences in both her personal and professional life. The lucky original owner had apparently gotten all the value she wanted, and now wanted to share its powers with others. That doesn’t sound fishy at all, especially coming from a friendly, anonymous CIA Agent! 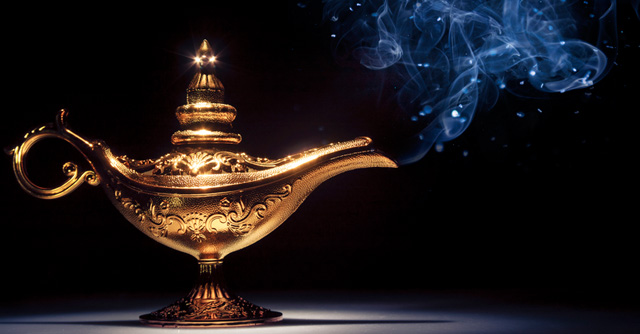 Leaving aside the obvious problems with trying to prove or disprove one sliver of any of these claims, this wacky item reminded me of rumors I’d heard previously about how the US Government did indeed have a relationship with Djinn and other entities, in an effort to try to harness these little-understood powers for Military gain. Could this ring have something to do with that rumored, strange relationship between the CIA and forces like the Djinn?

So many questions formed in my head about this strange item, but alas, it item disappeared from the site fairly quickly. Did someone buy it, or did the CIA agent’s boss (assuming the story was true) get wind of this not-so-sharp idea of advertising an intelligence spook’s apparent relationship with a middle-eastern Djinn in such a matter-of-fact way? I guess we’ll never know.

As Djinn researchers Rosemary Ellen Guiley, author of “The Djinn Connection” and others have noted, Djinn are generally known as the middle-eastern based spirits or demons, and were originally created, prior to man, out of smokeless fire. They are believed to be currently living on earth but in another dimension - occasionally (or more frequently, depending on who you talk to) appearing to generally wreak havoc and pain on their human counterparts. This is all usually done, Djinn experts say, in an effort to prove to God that humans really are as vile as they tried to explain in the first place. Charming, huh?

In reality, the relationship between humans and Djinn is probably much more complicated. As Guiley suggests, many of those in the Muslim world actually attribute nearly all paranormal and esoteric phenomenon back in some way originally to Djinn – both benevolent and otherwise. In a nod to John Keel’s “trickster spirit” theory - which posits that instead of extraterrestrials from other planets, UFO abductions (and possibly even poltergeists and Bigfoot and other strange crypid-types) are actually at their core caused by ultra-terrestrials for unknown reasons - Guiley herself believes that a number of the current and past alien abduction stories we read about could all tie back to the Djinn. They’re often considered a catch-all for weirdness. And, just like humans, there are both good ones and bad ones. 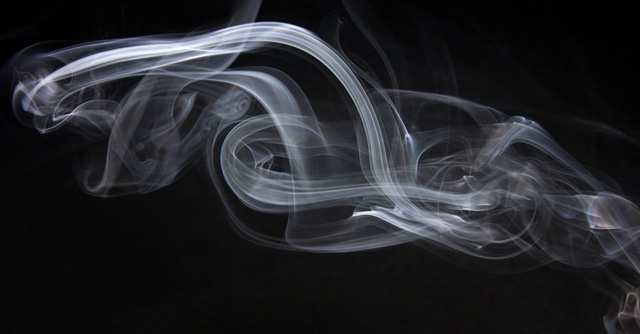 Perhaps middle-eastern experts can shed some light on why people would be selling items associated with Djinn. This interview, with Turkish Author and apparent Djinn researcher (and Muslim traditionalist) Harun Yahya contains some interesting quotes around the erratic, unpredictable nature of the Djinn and even rumors of our government involvement with them. If true, at the very least it makes for a pretty bizarre foreign policy.

Djinn have to be well taught. Their heads are generally a bit up in the air. They are rather like birds. And there are Christians among them, and Muslims and Armenians. But they are at loggerheads and in conflict with one another. Faith has only recently developed among them. Islam is only now developing. The number of Muslims among them has only very recently increased. And they are amazed by our cities. At human beings’ cities and cars. They are amazed. The djinn feed on water. That appears in a verse of the Qur’an. They live in houses but generally tend not to disturb anyone. In other words, there is no need for people to fear them.

If trained on the subject of Allah, they are very kind and many people summon them. But they deceive them and generally lie to them.

Then, things start to get weird. On the subject of official involvement, he states simply:

America uses the Djinn. The CIA uses them.

Uh, mind expanding on that? Thankfully, Yahya does:

Okay, then! Why wouldn’t our officials want to trust them with their deepest, darkest military secrets then? I suppose there are these examples of people who have tried to summon the Djinn and basically had their lives ruined as a result. But again, who ever said buying jewelry was easy?