When it comes to the matter of lake monsters, two things can be said with a high degree of certainty: (a) sightings have been reported from pretty much all around the world; and (b) the theories for what they may be are as many as they are varied. Ogopogo, Champ, Morag, and the monsters of Loch Ness, Scotland have all captured the collective imagination of the public and the media, as well as the attention of cryptozoologists, the scientific community, and monster-hunters. But, if lake monsters really do exist - and I think they do - then what are they? That's a good question...

Certainly, and beyond any shadow of doubt (and particularly so when it comes to the matter of what lurks within Loch Ness) the most popular theory is that the creatures are plesiosaurs: marine reptiles that lived from the Triassic Period, thrived in the Jurassic Period, and finally met their demise at the end of the Cretaceous Period. If such beasts did survive extinction, such a discovery would not just be amazing - it would be beyond amazing! 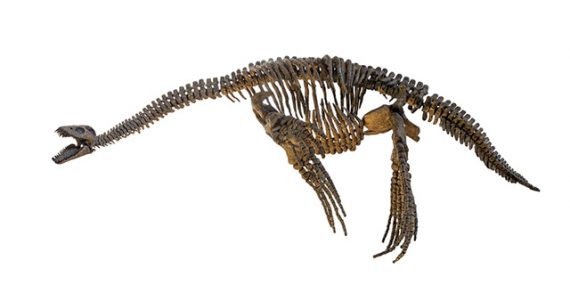 The plesiosaur theory is far from being the only one, however. As far as Nessie is concerned, Steve Plambeck has offered the intriguing and engaging possibility that the animals are giant-sized salamanders. Then, of course, there is the paranormal theory (which, personally, I do think has some merit), the idea of something complete unknown to science, and even huge catfish, sturgeon and alligator gar.

And there's another possibility, too: giant eels. Over the years, I have investigated a number of reports of allegedly huge eels on the loose in the canals of Birmingham, England - most of which date from the late 1970s to the mid-to-late 1980s.

Richard Freeman is the Zoological Director of the Devon, England-based Center for Fortean Zoology (CFZ), and a former head-keeper at England's Twycross Zoo. Freeman is an adherent of the theory that eels - of appropriately monstrous size - may be the key to the mystery. He says:

"The idea of a prehistoric reptile in these cold northern lakes is a non-starter. However, the monsters could be some kind of large fish. I think the best bet are giant sterile eels. The common eel swims out to the Sargasso Sea to breed then die. The baby eels follow scent trails back to their ancestral fresh waters homes and the cycle begins again. Sometimes, however, a mutation occurs and the eel is sterile. These stay in fresh water and keep on growing. Known as eunuch eels, no-one knows how old they get or how big." 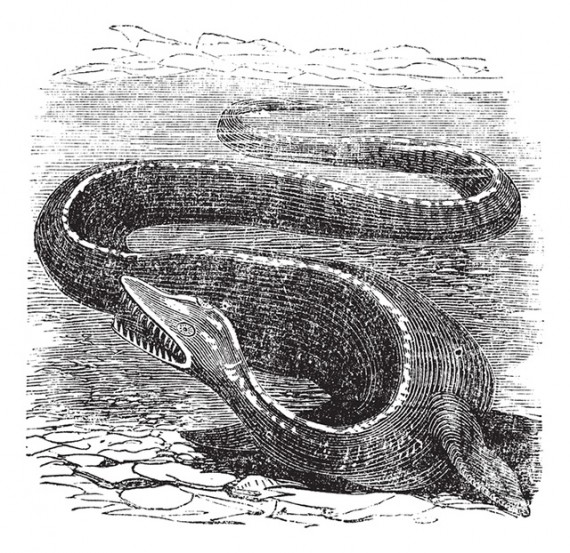 Hayley Stevens has undertaken an excellent study of a strange creature (or creatures) dwelling within the waters of England's Lake Windermere. It has become known as Bownessie. In her article, Hayley provides a solid overview of the mystery, and contemplates on the nature of the beast. On that very matter of the creature's identity, Hayley consulted  with Jonathan Downes, the founder and director of the CFZ, who also believes the giant eel scenario has merit.

Jon told Hayley: "European eels are not supposed to get bigger than 4 feet but there is (or was) a 5 foot plus one in Blackpool Tower Aquarium (of all places). I think that once or twice in a generation in a large body of water like Windermere or Loch Ness, a specimen of 8-12 feet could be living."

He also notes: "In February 2004 two Canadian tourists came upon a 25-foot eel floating in the shallows of Loch Ness. At first they thought it was dead but when it began to move they beat a hasty retreat. In the 1980s a 20-foot eel was reported in the Birmingham Ship Canal. Another 20 foot eel was supposedly caught in the cooling system in some aluminum works in Dores."

Jon makes another intriguing point, too: "One theory suggests that these rare, naturally occurring, mutations may now be on the increase due to pollution. PCBs [Note: polychlorinated biphenyls] have long been implicated in causing sterility in fish. Could they be causing more eunuch eels in the deep lakes of Scotland?" 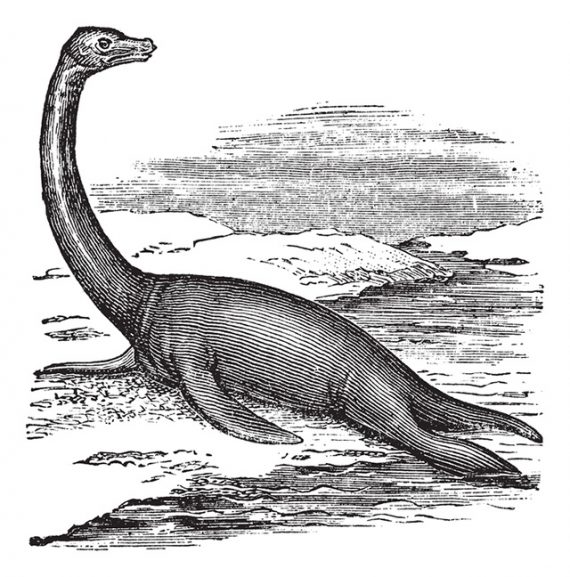 And as Nessie authority Roland Watson notes: "...it is well known that Loch Ness is teeming with  eels. No one knows accurately how many eels inhabit the loch because of  their behavior. This is because eels are classed as benthic or 'bottom feeders' in that they tend to live on or close to the surface of a sea or lake bottom. Therefore, sonar devices which can be adept at picking up fish in open water cannot easily pick up eels which stay close to the sloping sides of Loch  Ness."

To many seekers of strange beasts, the idea of giant eels - rather than plesiosaurs - lurking in the waters of our world's lakes might seem tame and even disappointing. If, however, one day you find yourself confronted on the waters of Loch Ness by a marauding, 20-foot-long eel, I seriously doubt you will have any qualms about calling it a monster!

In that sense, monsters live. But, they may not be what many believe (or want) them to be: they may just be extremely large versions of very well known creatures...

Biocentrists Claim Gingers Do Have Souls, and So Do You