Near-Death Experiences of the Blind; How Does That Work?

Near-Death-Experiences, depending on which researcher you listen to, are nearly universal across the globe.  People in every country, from every culture, with every belief system and background report having these highly profound and life-altering experiences.  The landscapes and images they see, the people that greet them, the sensations they feel, in almost every case they are the same (or nearly the same).  In that way, Near-Death-Experience iconography is archetypical among almost everyone who experiences it.

In 1504, Netherlandish painter Hieronymus Bosch (born Jheronimus van Aken), finished the second panel in his series of paintings titled Visions of the Hereafter.  The series consists of four oil-on-panel paintings – Terrestrial Paradise, Ascent of the Blessed, Fall of the Damned, and Hell.  That second panel, Ascent of the Blessed, which remains one of Bosch’s most recognised works, depicts the journey of the saved into Heaven.  The painting offers typical Christian iconography, such as angels, departed souls, and a tunnel of light apparently leading to paradise.

Most art historians are of the opinion that this series is a simple, albeit beautiful, homage to traditional Christian values, as is common among Netherlandish paintings, but some historians make the claim that Ascent of the Blessed is the earliest known depiction of a Near-Death-Experience.[1]  The use of the tunnel of light, and the ascent of the departed souls accompanied by angels, is in fact the very same iconography that is almost universally reported by NDE’ers.  Often the angelic characters are replaced by deities or spiritual characters from another belief system, or they’re just seen as the souls of other people, but the overall scene is usually the same.

The typical Near-Death-Experience has the person who has died, or is in a near-death state, leaving their body and travelling through a tunnel or corridor of light.  They report being ushered or beckoned by beings of light, beings often referred to as angels, to travel through the tunnel.  Once through the tunnel or corridor, the person is greeted by people they knew in life but whom had already passed on, and often they are accompanied by specific religious figures, such as Jesus, or Buddha, etc.  Almost without fail, the experience is characterised as utopic and surreal, but extremely vivid and almost hyper-real at the same time.

And this is the strangest part; the above, with some small variation, is the sequence and imagery reported by almost all people who experience a near-death scenario, no matter where they live, what language they speak, or to what religion (if any) they adhere.  How is that possible? 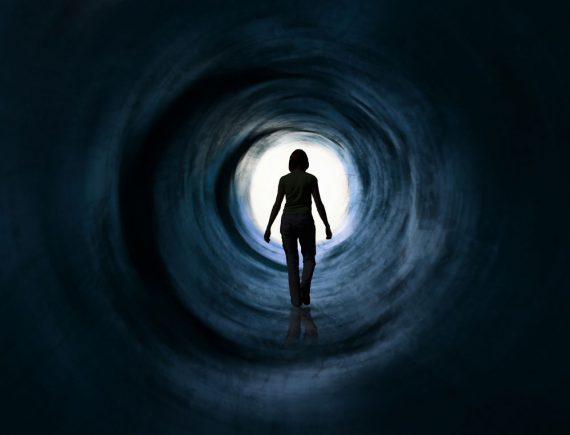 The common answer is that the experience is real, that the person’s soul really did leave their body, which brought on the state known as death.  That the soul travelled, in some incorporeal way, to another realm, perhaps heaven, and interacted with the souls of the actual people they claimed to see, and in some cases, perhaps, even consorted with Jesus.

As common as that answer may be, it remains inadequate to a great many people, both in sincerity and in its ability to explain what’s really happening during an NDE.

Those who subscribe to a deterministic world view, that is, those who hold to the idea that everything in nature has a root physical cause (i.e. consciousness is the product of neurochemistry and neural activity, and is not an emergent property of the duality of the mind-body), often claim that Near-Death-Experiences, and by extension Out-of-Body-Experiences, or astral travel, are nothing more than delusional states brought about through complex processes related to how our brains work.  There is some weight to this idea, too, whether you agree with it or not.

The deterministic claim, often called the skeptical claim as it relates to NDE’s, essentially says that the experiences being reported are nothing more than dreams or hallucinations.  There are several proposed ways that these vivid dreams could come about, such as medicinal side-effects, neurological strain from illness or injury, oxygen deprivation, or just a product of the sudden decay of synapses at the time of death.  And these are all reasonable hypotheses, but there’s an aspect of NDE’s that defies each of those explanations.

When you dream, where do the images, people, and landscapes come from?  Does your mind create them from scratch?  Are they pure imagination?  No, by all current understanding, they are not.  All of the imagery of your dreams come directly from your memories.  What you experience in your dreams is your sub-conscious mind sorting through memories and experiences from your waking life. 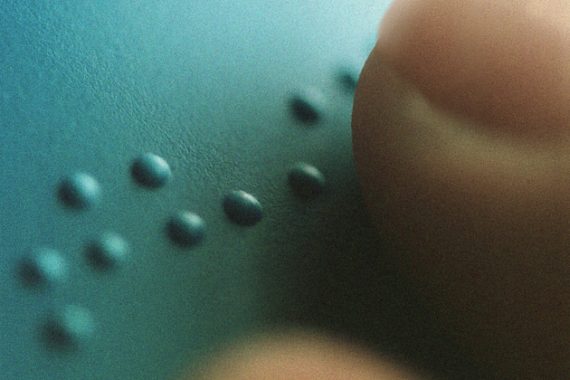 Did you know that blind people don’t experience a visual aspect in their dreams?  Well, that’s not entirely accurate.  People who became blind at some point after birth, whether through injury or illness, occasionally have some rudimentary visual aspect in their dreams, though it’s usually commensurate with the length of time that they have lived with sight.  The reason for this, if it’s not already obvious, is because blind people, generally speaking, have no visual memories.  It’s just not part of their experience, so they can’t dream of such.  They do experience sounds, smells, and other sensory stimulus, and…wouldn’t you know it, they also experience NDE’s just like everyone else does.

Dr. Kenneth Ring, Emeritus professor of Psychology at the University of Connecticut, one of the world’s leading Near-Death researchers, has chronicled, through his research, the Near-Death-Experiences of several blind subjects in his book Mindsight: Near-Death and Out-of-Body-Experiences in the Blind (1999).  One of his research subjects, Vicki Umipeg, a 45 year old woman born blind, remarked about her experience:

“This was the only time I could ever relate to seeing and to what light was, because I experienced it.”[2]

According to Dr. Ring, Vicki’s experience is typical of blind NDE’ers, which seems to suggest that NDE’s are something far more complicated than dreams or simple hallucinations.  Not only did Vicki, and presumably others, experience sight for the first time during her NDE, but that experience was carried back into her consciousness once she was revived, giving her the only visual memory she ever had.

Does this mean that her Near-Death-Experience, and that of others, was real?  It would be nice to say yes, but it still isn’t clear; far from it.

In addition to the argument that NDE’s and OOBE’s are dreams or hallucinations, is the suggestion that NDE’s are the result of cultural assimilation sparking false memories.  It’s said that the people who report these experiences are prone to fanciful, mystical beliefs, and that the archetypal nature of the NDE iconography is explained by understanding the prevalence of the religious ideology involved.  The vast majority of our population is intimately familiar with the doctrines of the Abrahamic religions, and the associated afterlife stories are nearly ubiquitous, even among those who don’t subscribe to the underlying ideas.  This universal familiarity with that iconography is often blamed for the surprising consistency between NDE reports, after all, who doesn’t know all about Heaven and angels and everything that goes along with that?  But there’s a point that seems to be overlooked each time this is given as an explanation.

Why does no one ever report a Near-Death-Experience that included a trip to Hell?

Edit: To assuage the misunderstanding of my apparently poorly chosen words, I will clarify that yes, there are people who report having NDE's that include hell or hell type iconography.  That is not what I meant.

In the context of the false memory explanation, if popular religious ideology in our culture were responsible for creating false memories of NDE's, then it would stand to reason that we would see nearly equal incidence of heaven vs. hell iconography, as the idea of hell is arguably more popular in many cultures than that of heaven, or at the very least equal.  And as Cris Putnam points out in the comments below, the fact that children share in the typical near-death experience, presumably with little or no exposure to such cultural ideas, is a strong barrier to this often used explanation.

[1] That claim is contested, though not by the art world (since almost nothing is known about Bosch or the meaning behind his great works of art), but by Near-Death researchers.  Many claim that the first depictions of NDE’s come from the ancient Tibetan Book of the Dead or Bardo Thodol (Liberation Through Hearing During the Intermediate State).