This is part two of a two part series looking at mysterious cryptids from the Pacific Theater of World War II. Let us delve some more into the forgotten mysteries of the War.

During World War II, a Japanese surveillance team stationed on the picturesque Kei Islands of Indonesia reported coming across strange merbeings described as being around 150cm tall, with webbed hands and feet, and carp-like mouths filled with spiny teeth. The heads were adorned with prominent spines and the faces were somewhat human-like in appearance. 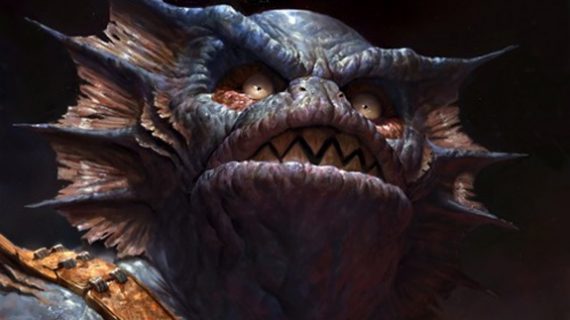 Baffled soldiers sometimes encountered these curious beasts frolicking and splashing about in the water as well as occasionally even coming up on beaches. The native population of the islands knew of these creatures and called them the Orang Ikan, or “man fish.”

The sergeant of the team, Taro Horibe, was invited to come look at the dead body of one such creature at the village chief’s house. The perplexed sergeant described the dead creature as being around 160 cm long, with red-brown, shoulder length hair, and spines along the neck. The face was said to have a mix of human and ape-like features such as a low, broad nose and prominent brow. The lipless mouth was wide like that of a fish, and filled with tiny, needle-like teeth. The creature’s fingers and toes were long and webbed.

Horibe was deeply affected by what he had seen, and actively sought zoologists from his home country to investigate upon his return. Ultimately, he was unsuccessful in finding anyone willing to do so, and as such it is unlikely we will ever know what the Orang Ikan truly was.

During the Pacific War, accounts can be found of strange creatures lurking in the rainforests of the Ryukyu Islands of Japan.

Soldiers in the remote interior forests reported being startled by giant bats with wingspans of up to six feet. Accounts of these mysterious beasts vary. Descriptions range from these beasts as being everything from shy and rarely seen, to ravenous vampire bats feasting on cattle. One account even describes a dramatic attack by several of the bats on a terrified squad of soldiers, who were able to drive them away with gunfire.

Giant bat-like animals are a common type of cryptid throughout the world, so is it possible that these remote islands of Japan also harbored their own version of such a creature? 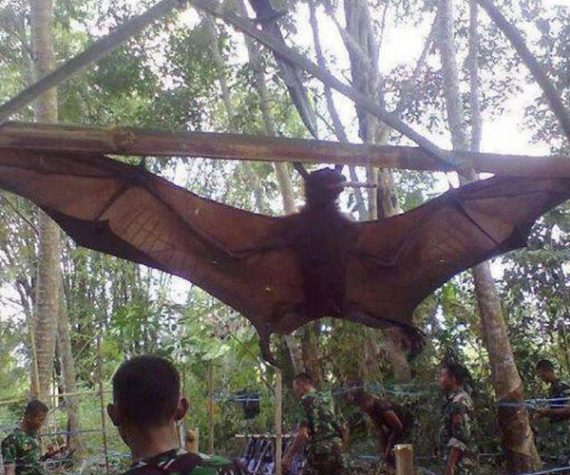 The Ryukyu Islands have no species of bat that matches the size reported for these mystery creatures and there are few reports of such animals from after the war, so it is uncertain what they could have been. Perhaps we will never know.

Giant bats were not the only strange creature that soldiers had to contend with on Japan’s Ryukyu Islands. From the southern reaches of the Okinawan Islands in Japan, there were also numerous accounts of encounters with an enigmatic creature known as the Kijimuna.

The Kijimuna is described as being an ape-like creature around the height of a small child, with disproportionally long arms and covered in sparse reddish hair that is often said to be kinky or mussed.  Some reports describe the creatures as wearing crude clothing. An often remarked upon feature of the kijimuna is their powerful odor, described as a pungent mixture of goat and rotten yams. 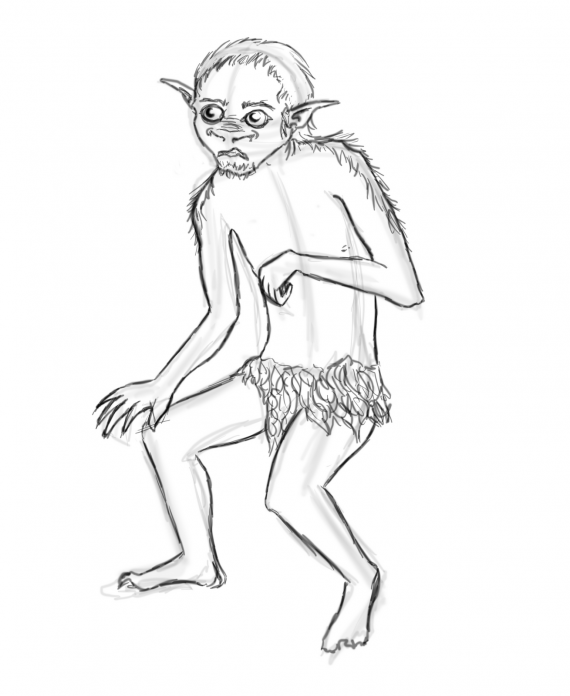 The kijimuna is reported as being an agile climber and mostly seen in trees, although they are known to descend to the beach at night to forage for food. The favorite food of the kijimuna was said to be shellfish, and it was thought that piles of discarded shells were a sure sign of a kijimuna’s lair.

The kijimuna was said to be mostly harmless, although the mostly nocturnal creatures were said to spook soldiers at night with their eyes, which would reflect light like a cat’s.

One of the more bizarre creatures sighted during war in the Pacific also occurred in the Southern Islands, this time specifically on Okinawa Island.

In this case, troops reported seeing strange humanoid beings the sky, often near military installations. These flying humanoids were mostly sighted around the time of the bloody Battle of Okinawa in 1945.  these beings were described as having large, leathery wings like a bat yet seeming to be mostly human in other respects. The flying humanoids were mostly solitary, although there was at least one occasion when more than one was spotted together. 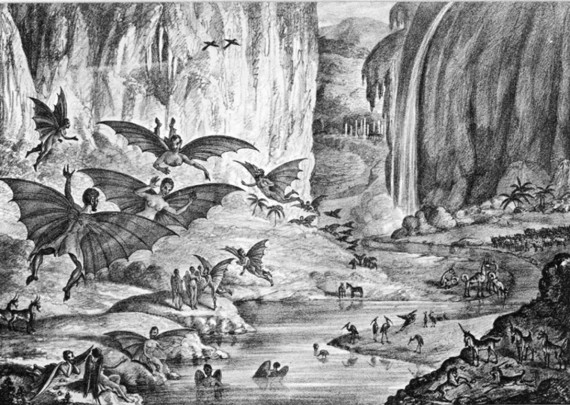 Whatever the creatures were, they are mostly reported as being silent and shy, keeping their distance and never really coming close enough to see a lot of details. Despite this, it was often reported that the eyewitnesses had the unnerving feeling that they were somehow being observed by the enigmatic creatures.

The sighting of these flying humanoids have an eerie similarity to a more modern day sighting from a military installation in Japan. In 1952, at camp Okubo near Kyoto, Japan, a private Sinclair Taylor reported seeing something strange in the sky.

The being was about seven-foot tall with a similar wingspan. The panicked guard began firing his weapon towards it but when he looked at the spot where the being had been hovering, it had vanished

Taylor had originally thought the creature to be a giant bird at first. It was not until it drew closer that he realized it had a humanoid body. The creature had been flapping its large wings (the sound of this flapping was what first alerted Taylor to the creature’s presence), but upon coming closer, the thing began to hover instead. The being was described as around seven feet tall and with a similar wingspan. Depending on the report you read, there is also mention of glowing eyes. However, it is difficult to say if this was in Taylor’s original report or an embellishment added later.

The creature hovered before the terrified Taylor, who began firing his weapon at it in a frenzied panic. When he looked back to where the creature had been, it was gone, leaving behind no apparent blood or any other physical evidence.

Taylor was also not the only witness to whatever this thing was. When he reported it to his sergeant, it was revealed that a guard had seen what was apparently the same thing the year before. Although Taylor did not know of this other sighting and had had no contact with the other eyewitness, the descriptions of the creature were remarkably similar.

It is unclear whether this sighting has anything to do with the World War II sightings in Okinawa, but they seem similar enough to warrant mention.

It is unfortunate that we may never have answers to these fascinating wartime cryptid accounts. At the time, there was rarely any attempt to collect evidence or launch a proper investigation into these bizarre occurrences. In most cases such reports were considered merely anomalies and distractions from wartime duties. In addition, few scientists would have been willing to go back and venture into these war zones to investigate such reports even if they were so inclined. As such, World War II cryptids accounts such as these may forever be lost to time.