Over the years, I have written extensively on the mystery of the Men in Black and their deep and longstanding connections to the UFO phenomenon. There is, however, one MIB-themed issue that I have not publicly focused on to a significant degree - even though I have a mountain of relevant reports. It concerns those cases of the paranormal kind that involve the MIB, but where there is a zero connection to the UFO mystery.

That's right: contrary to what many people might think or assume, the MIB don't just silence or threaten people who have had profound UFO experiences. Rather, the MIB are all over the paranormal map like a nasty rash. Indeed, you can find them in the realms of cryptozoology, alchemy, poltergeist-based phenomena, Ouija-boards and more.

And here are a few cases from my files which, collectively, suggest strongly the MIB are not just solely engaged in threatening UFO witnesses. Quite the opposite: they appear to be policing pretty much the entire supernatural spectrum. Let's start with alchemy. In 2010, I interviewed Brad Steiger, one of the world's leading authorities on all things mysterious, who told me:

“Many of the great alchemists – a subject I’m fascinated by – were seeking to find angels that they could command. Magic is seen as an unapproved ritual when it’s to bring profit to oneself, but they were seeking to command these entities to bring them forth the secret to turn base-metals into precious metals. I have found a number of instances where alchemists were visited by a gentleman in black, a prosperous burgher in black, who appeared in the laboratory and demonstrated certain things to them. Some are benevolent and some are more sinister.” 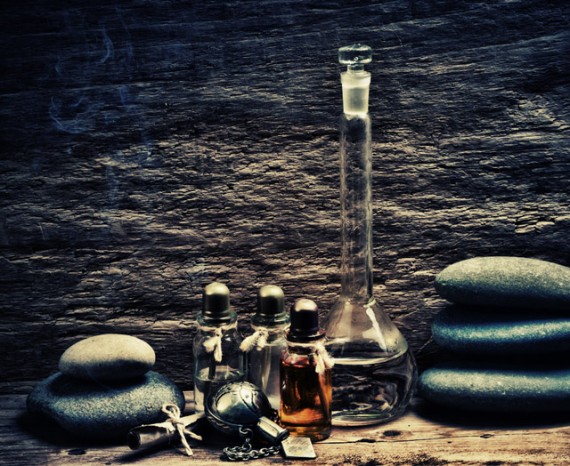 Now, let's move on to the world of monster-hunting...

Fredrick William Holiday was born in 1920, and was a well-known journalist, angler, cryptozoologist, and wildlife specialist. Largely prompted by sensational newspaper stories of the early 1930s, Holiday devoted much of his life to investigating the mystery of the Loch Ness Monster. In the 1960s, he became a member of the Loch Ness Investigation Bureau. After several hundred hours of faithfully and carefully watching the loch, Holiday was able to claim no less than four sightings of mysterious creatures within its deep, dark waters.

On one particular day in 1973, while Holiday was searching the waters for any signs of the mysterious Nessies, he had an encounter with a definitive MIB. He later recorded that on the day in question: “…across the grass, beyond the roadway and at the top of the slope leading down to Loch Ness…stood a figure. It was a man dressed entirely in black. Unlike other walkers who sometimes pause to admire the Loch Ness panorama, this one had his back to the loch and was staring fixedly at me.”

Echoing what so many others have said about the Men in Black, Holiday admitted to feeling a deep sense of malevolence and abnormality emanating from the cold, passionless entity in his presence. Suddenly, Holiday heard a curious whispering, or whistling, noise and the Man in Black vanished in an instant.

And there was an almost-deadly sequel to this very disquieting affair: when he returned to Loch Ness in 1974 to continue his investigations, Holiday was stopped in his tracks after only a few days with a serious heart-attack. As a stretcher carried him up the side of the loch to a waiting ambulance, he peered groggily over the side and noted that he had just passed over the exact same spot where the Man in Black had stood the previous year.

Then there are cases relative to poltergeist-based phenomena, in which the MIB have played deeply significant roles. I have no less than thirteen cases in my files where families have (A) experienced violent and disturbing poltergeist (or "noisy ghost") phenomena in their homes; and (B) soon thereafter received visits from MIB (and, in three cases, from Women in Black, or WIB) who warned them not to discuss the events in question.

And what about MIB and animal mutilations? Yep, those pesky figures in black turn up in that domain, too.

On April 11, 1977, no less than fifteen wild ponies were found dead at Cherry Brook Valley, Dartmoor, Devonshire, England, by a Tavistock storekeeper named Alan Hicks, who had been crossing the moors with his children. It was not until mid-July, however, that the media began reporting on the incident in-depth. Newspaper articles in my possession showed that the story traveled as far as South Africa; however, consider the following story, extracted from Britain’s Western Morning News of July 13:

“Fears that the mystery deaths of fifteen ponies near a Dartmoor beauty spot were caused by visitors from space were being probed by a Torbay team yesterday. Armed with a Geiger counter, metal detectors and face masks, four men are investigating what leading animal authorities admit seems a ‘totally abnormal happening,’ and are hoping their equipment will throw a new light on the three month old mystery." 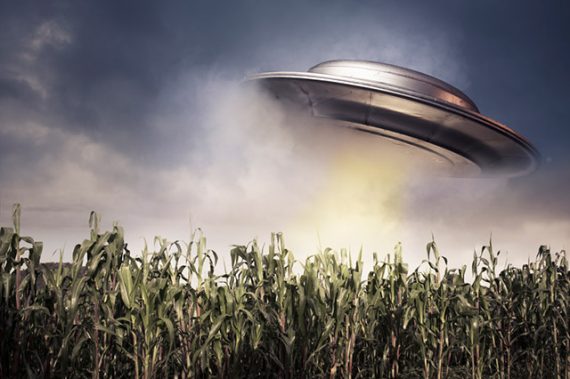 The newspaper continued: "While other investigators have looked for signs of malnutrition, disease or poisoning – or even gunshot wounds – the four men are seeking proof that extra-terrestrials were responsible for the deaths."

Fourteen years later, in 1991, Jon Downes - the director of the British-based Center for Fortean Zoology - succeeded in tracking down some of those individuals quoted by the newspapers back in 1977. Curiously, Jon detected a distinct reluctance on their collective part to talk.

Even more bizarre, one of those same individuals - who adhered to a non-paranormal explanation for the events at issue - claimed that a research colleague of Jon had been “pestering her" on the phone "day and night," when, in reality, the only contact had been a solitary telephone call. As Jon rightly noted to me, this was highly-reminiscent of the experiences of the writer John Keel, who recorded numerous MIB-themed cases where witnesses had been terrorized by sinister phone calls.

Keel stated in his now-classic book, The Mothman Prophecies:

“I kept a careful log of the crank calls I received and eventually catalogued the various tactics of the mysterious pranksters. Some of these tactics are so elaborate they could not be the work of a solitary nut harassing UFO believers in his spare time. Rather it all appears to be the work of either paranormal forces, or a large and well-financed operation by a large and well-financed organization with motives that evade me.”

And, finally, we come to the world of Ouija-boards, or "talking boards," that first surfaced in the 19th century and which remain popular to this day. When it comes to utilizing such devices, I always tell people to take great care. Opening a doorway and allowing an entity into your life - possibly an entity from "beyond the veil"  - may prove to have a positive outcome. On the other hand, it may not. 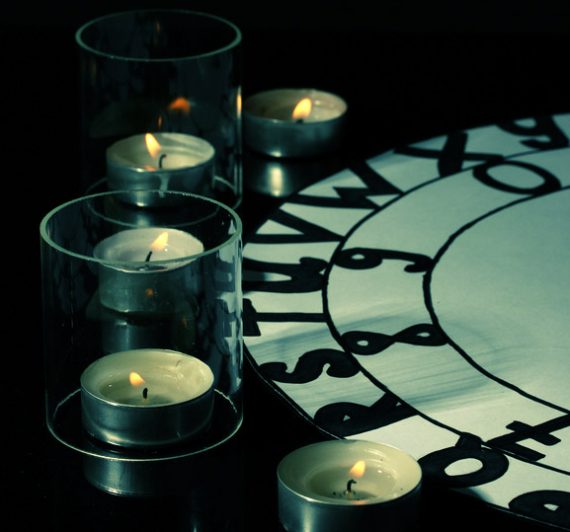 There are countless cases of malignant, supernatural "things" masquerading as deceased relatives and loved ones - "things" that just love to get their claws into us and torment us, physically and mentally. All of which brings us - yet again - to the MIB.

I have on file literally dozens of cases where people who dabbled in the worlds of both Ouija-boards and UFOs found themselves on the receiving end of MIB visits (a classic example being Albert Bender, who near-singlehandedly kicked off the modern era of the MIB). I also have, however, seven or eight reports where people using Ouija-boards, and who had no interest in UFOs - at all - got that dreaded, late-night knock on the door and an accompanying visit from the Men in Black.

So, what does all of this tell us? First and foremost, with the MIB issue being such a weird and enigmatic one, it's difficult to say anything with a high degree of certainty. But, I think it's right on target to state that many researchers have vastly underestimated the abilities and scope of the Men in Black.

Yes, of course, the MIB are primarily linked to the UFO phenomenon (at least, in terms of the numbers of cases on record); but they also appear to take far more than a passing interest in a wide body of additional supernatural activity, too.

Perhaps, for decades, we haven't been looking close enough at the actions of these dark-suited fiends. Maybe we need to branch outside (in fact, far outside) the confines of the UFO puzzle and recognize that these entities are everywhere, skulking in shadowy and sinister fashion on the fringes of the entire paranormal field...

Glowing Plant Life May One Day Guide Our Way