Films in the public domain - meaning those with either lapsed copyright or that were never copyrighted in the first place - can tend to be unjustly ignored. Due in no small part to the thousands of low budget, no-frills DVD sets that small companies put out as a pure profit-making venture, often with generic titles like '30 Horror Favorites' with little regard for theme, there is a common assumption that the films themselves must be of inferior quality. Often this is indeed the case, but there are many noticeable exceptions - for instance, even the all-time classic 'Night Of The Living Dead' is in the public domain.

While labels such as Criterion have shown some such films a little love by releasing remastered, high quality DVDs with newly produced extras such as commentaries by film scholars, if you're simply looking for a watchable copy of a public domain movie there's no reason to part with any cash. Websites such as Archive.org have literally hundreds of hours worth of P.D. films and shows that are perfectly legal to download or stream for free.

Of these, one of my personal favorites has to be 1962's 'Carnival Of Souls'. Produced and directed by Herk Harvey for around $30,000, it stands as his sole feature film largely because of the fact that it received very little fanfare upon its initial release (almost exclusively playing as a 'B' picture). Nevertheless, it has since achieved an impressive critical standing and is considered to be both ground-breaking and highly influential upon much of the slow-burn, psychological horror that would follow. 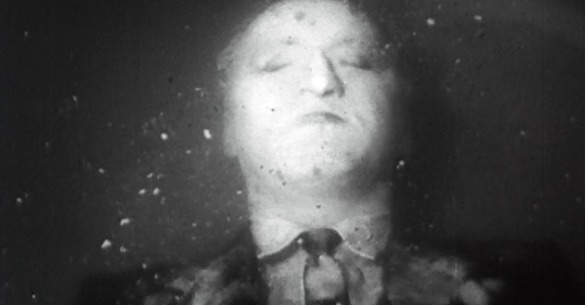 Late night TV screenings throughout the early 1980's played a large part in gaining 'Carnival Of Souls' a cult following, even leading to a high profile cast reunion. Thankfully Harvey lived to see this new appreciation of his work before passing away in 1996. The movie's star, Candace Hilligoss would only appear in two other films, 1964's 'The Curse Of The Living Corpse' and 1971's 'South Of Hell Mountain', despite spearheading interest in (and writing the initial treatment for) a 'Carnival Of Souls' sequel.
That would eventually lead to the 1998 'remake' (though it has very little in common with the original story), after producers unceremoniously dropped Hilligoss from the project which in any event, and despite crediting Wes Craven as executive producer, was very poorly received.
Of course it's the original that we're concerned with here. Though I don't want to give too much away, here's some information that will hopefully encourage you to give 'Carnival Of Souls' a look if you're on the fence about investing an hour and a half of your time. Heavy on atmosphere, with a feverish, dream-like mood and a deeply creepy organ music score courtesy of Gene Moore, this is the tale of Mary Henry. What begins as a leisurely day driving with two of her friends takes an abrupt and dark turn when they are challenged by strangers to a drag race. While crossing a bridge, their car veers off course and plummets over the side, seemingly killing all of its passengers. Mary emerges from the water however, apparently unharmed but bewildered by the strange fortune of her survival.
She makes her way to Utah, the dark secret of the accident intact, where she has been hired as a church organist and takes a room at a boarding house. There she finds herself subject to the advances of her leering neighbor John Linden (Sidney Bergen), but far more troubling and otherworldly threats await in the shape of an ominous and undead-looking figure (credited only as The Man and played by Herk Harvey himself) and an abandoned carnival pavilion that Mary finds herself mysteriously drawn to.
No mere relic of its time, 'Carnival Of Souls' packs in more powerful chills than almost any other film of its era and its ability to unnerve has not diminished in the intervening years. Its influence can be clearly detected, not least of all in the works of David Lynch ('Lost Highway' in particular). Perhaps The Man was also a forerunner to 'Phantasm''s arch-villain - it's certainly no coincidence that writing about those two subjects recently put me in mind of 'Carnival Of Souls', though with its stark, unconventional black and white photography and Hilligoss' haunting performance, it deserves credit and consideration as an outstanding film in its own right.
You can watch 'Carnival Of Souls' in its entirety below. I'd love to hear what you think in the comments below.