This summer will mark the 10th anniversary of the publication of Mac Tonnies' book on the "Face on Mars." Its title: After the Martian Apocalypse. While, today, the "Face" may not provoke the scale of controversy that it did a decade ago, there are still significant things to say about it. One of them is an interview I did with Tonnies just after the book was published.

The Q&A was for a magazine that folded just after it barely began, which meant it never saw the light of day. But, I kept the interview on file and figured: why not bring it to your attention? It's a long interview, so I've split it into two-parts. In the Q&A below, I am, of course, "NR," and Mac is "MT."

NR: How did you get interested in the controversy surrounding the so-called Face on Mars?

MT: I've always had an innate interest in the prospect of extraterrestrial life. When I realized that there was an actual scientific inquiry regarding the Face and associated formations, I realized that this was a potential chance to lift SETI from the theoretical arena; it's within our ability to visit Mars in person. This was incredibly exciting, and it inspired an interest in Mars itself -- its geological history, climate, et cetera.

NR: What is your background?

MT: I have a BA in Creative Writing. So, of course, there are those who will happily disregard my book because I'm not "qualified." I suppose my question is "Who *is* qualified to address potential extraterrestrial artifacts?" Certainly not JPL, whose Mars exploration timetable is entirely geology-driven. We direly need to rethink how we practice SETI; in that spirit, After the Martian Apocalypse can be read as an editorial or manifesto.

NR: For readers unfamiliar with the story of the Face and Mars and associated structures, what is the background to it, how was the face first identified, when, and who by?

MT: The first two objects to attract attention were the Face and the "D&M Pyramid," both unearthed by digital imaging specialists Vincent DiPietro and Gregory Molenaar. Their research was published in "Unusual Martian Surface Features"; shortly after, Richard Hoagland pointed out a collection of features near the Face which he termed the "City." NASA itself discovered the Face and even showed it at a press conference after it had been photographed by the Viking mission in the 1970s. Of course, it was written off as a curiosity. Scientific analysis would have to await independent researchers. 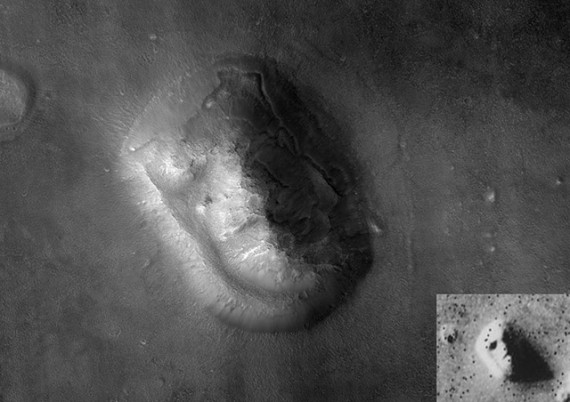 NR: When and how did the controversy really start?

MT: When NASA dismissed the Face as a "trick of light," they cited a second, discomfirming photo allegedly taken at a different sun-angle. This photo never existed. DiPietro and Molenaar had to dig through NASA archives to find a second image of the Face -- and, far from disputing the face-like appearance, it strengthened the argument that the Face remained face-like from multiple viewing angles.

NR: What were/are the primary theories of the leading independent researchers?

MT: The prevailing alternative to NASA's geological explanation -- that the Face and other formations are natural landforms -- is that we're seeing extremely ancient artificial structures built by an unknown civilization.

NR: What does NASA say about the controversy?

MT: NASA chooses to ignore that there is a controversy, or at least a controversy in the scientific sense. Since making the Face public in the 1970s, NASA has made vague allusions to humans' ability to "see faces" (e.g. the "Man in the Moon") and has made lofty dismissals, but it has yet to launch any sort of methodical study of the objects under investigation.  Collectively, NASA frowns on the whole endeavor.  Mainstream SETI theorists are equally hostile. 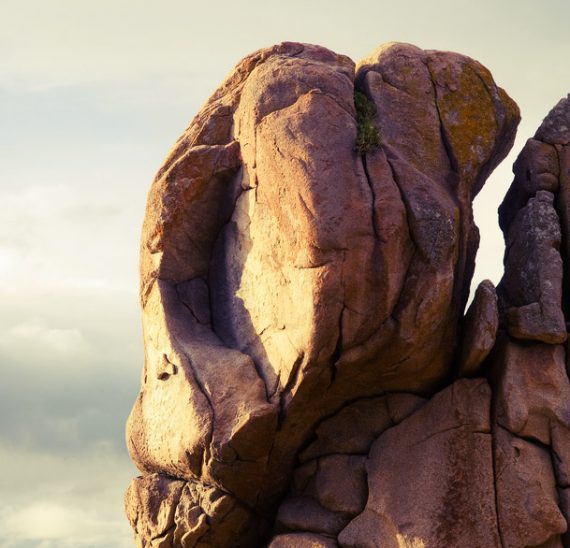 MT: Basically, the Face -- if artificial -- doesn't fall into academically palatable models of how extraterrestrial intelligence will reveal itself, if it is in fact "out there." Searching for radio signals is well and good, but scanning the surface of a neighboring planet for signs of prior occupation is met with a very carefully cultivated institutionalized scorn. And of course it doesn't help that some of the proponents of the Face have indulged in more than a little baseless "investigation."

NR: What are your views/conclusions?

MT: I think some of the objects in the Cydonia region of Mars are probably artificial. And I think the only way this controversy will end is to send a manned mission. The features under investigation are extremely old and warrant on-site archaeological analysis. We've learned -- painfully -- that images from orbiting satellites won't answer the fundamental questions raised by the Artificiality Hypothesis.

MT: I suspect that we're seeing a fusion of natural geology and megascale engineering. For example, the Face is likely a modified natural mesa, not entirely unlike some rock sculptures on Earth but on a vastly larger and more technically challenging scale.

NR: What are your views on the idea that some more recent images appear to show signs of vegetation?

MT: The Mars Global Surveyor has taken images of anomalous branching objects that look for all the world like organic phenomena. Arthur C. Clarke, for one, is sold on the prospect of large forms of life on Mars, and has been highly critical of JPL's silence.

NR: Can you expand on this - theories as to what sort of vegetation (if indeed that is what it is), the areas it has been seen in, implications.

MT: Clarke's most impressive candidates are what he has termed "banyan trees" near the planet's south pole.  And he collaborated with Mars researcher Greg Orme in a study of similar features NASA has termed "black spiders" -- root-like formations that suggest tenacious macroscopic life. 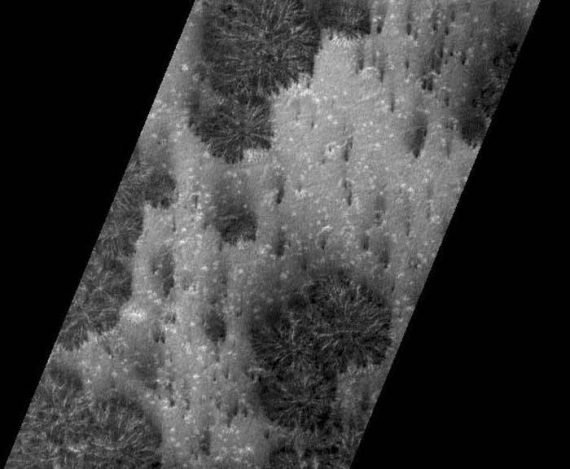 NR: Is there a relationship between the face and the pyramids and similar in Egypt? What does the research community think of this perceived connection?

MT: There's a superficial similarity between some of the alleged pyramids in the vicinity of the Face and the better-known ones here on Earth. This has become the stuff of endless arcane theorizing, and I agree with esoteric researchers that some sort of link between intelligence on Mars and Earth deserves to be taken seriously.

MT: But the formations on Mars are much, much larger than terrestrial architecture. This suggests a significantly different purpose, assuming they're intelligently designed. Richard Hoagland, to my knowledge, was the first to propose that the features in Cydonia might be "arcologies" -- architectural ecologies -- built to house a civilization that might have retreated underground for environmental reasons.