The Mushroom Eucharist: Experiments with Entheogens

As the Western world prepares itself to celebrate the Easter holiday --either by attending mass, or consuming large quantities of egg-shaped chocolate-- it's interesting to observe how much of our culture is still shaped by the church's influence, even when there's a growing movement toward secularization in most industrialized nations. True, Pope Francis has caught the public eye with his evident desire to reform the Vatican, and even the most recalcitrant atheist would have to agree that his public remarks involving poverty, homosexuality, and the child abuse committed by priests, are a step on the right direction.

But there's one certain topic in which I wouldn't expect to see any major reforms: The Church's position on psychedelic substances.

So what exactly is the Church's position on psychedelics? According to the Vatican-approved Catechism --a summary of dogmatic principles in the form of questions & answers, which are expected to be followed by all Catholics-- we find this tenant:

2291 The use of drugs inflicts very grave damage on human health and life. Their use, except on strictly therapeutic grounds, is a grave offense. Clandestine production of and trafficking in drugs are scandalous practices. They constitute direct co-operation in evil, since they encourage people to practices gravely contrary to the moral law.

Here we encounter the problem that the text lacks specificity; instead of addressing these substances by name, it uses the blanket term 'drugs' and warns about their use, production of & trafficking, indirectly implying their illegal nature. A cynic member of the flock might argue that alcohol, tobacco & even coffee are ALSO psychoactive drugs, but the text also admonishes against their excessive consumption. 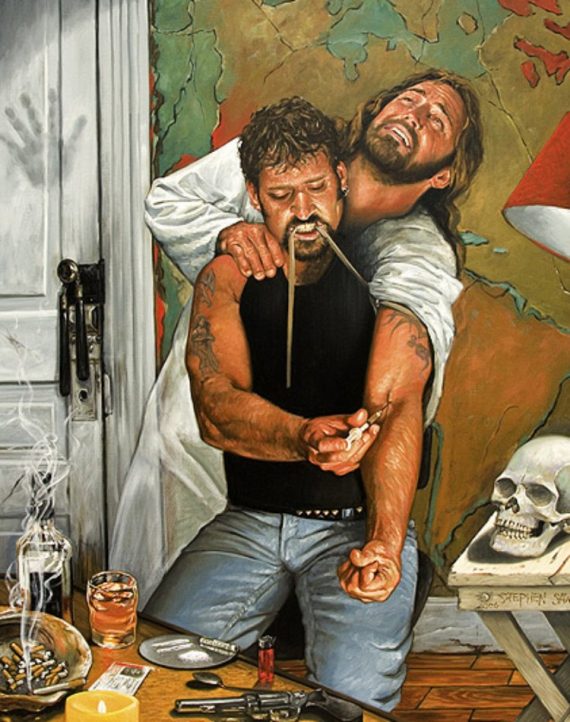 Looking in a few Catholic forums, it's immediately noticed how any use of psychedelic substances is strongly discouraged; it's not just a matter of "what would Jesus do?" --after all, LSD wasn't discovered until some 1930 years after his death-- but there's the overall view that consuming these substances is morally wrong, because they are dangerous to one's physical & mental health. Thus, psychedelics are a distraction from the true path, and are only sought by feeble-minded hippies, ravers & criminals.

Yet I wonder if the members of these forums --or even the Vatican itself-- are aware of the work of Walter Pahnke (1931-1971), a 'God-fearing' (like Magneto, I too find that term disturbing) minister, physician & psychiatrist who obtained his degree and made his residency at Harvard University. Back in 1962, when Timothy Leary wasn't yet kicked out of Harvard's faculty & studies on psychedelics weren't impeded by government policies, he & Pahnke were interested in investigating whether psychedelic substances could help elicit what is generally understood as a mystical event, i.e. a transcendent event in which a direct communication (or communion) with 'the divine' is experienced. With this in mind, for his PhD dissertation Pahnke conducted a study with 20 seminar students --of Protestant denomination-- at Boston University's Marsh chapel, which came to be known as The Good Friday Experiment.

Pahnke thought that the ideal setting for the test of the religious effects of psychedelics, would be among people who were not familiar with these substances, yet already had deep religious beliefs themselves, and who would also be comfortable with a communal situation intended to create a deep spiritual atmosphere. During the Good Friday ceremony at the chapel, half the participants were given a capsule with 30 mg of psilocybin, the psychoactive substance contained in magic mushrooms; the other half were given a placebo for double-blind control. Both the experiment subjects & the control group were monitored by group leaders.

What followed was what is still regarded as one of the best experiments in the scientific study of religion, seeking to ascertain the potential of psychedelics to trigger transcendent states; not only due to Pahnke's meticulousness in conducting follow-up observations with the test subjects --up until his untimely death in 1971-- but also due to the current legal barriers in trying to replicate such studies.

Below is the trailer for a documentary about Pahnke & his visionary study: 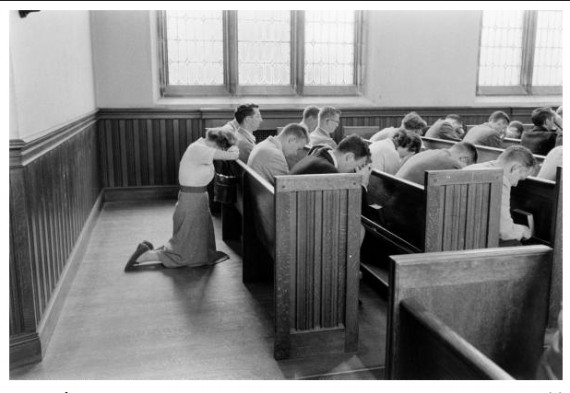 The participants who ingested the psilocybin reported the typical sensory alterations characteristic of hallucinogens --changes in the light emanating from the candles, etc-- & a few had feelings of 'heat' as a physical reaction; but overall the results submitted by the participants in the post-trial questionnaires reveal the experiment was a success. In the words of Rev. Mike Young, one of volunteers involved:

"I was awash in a sea of color. These bands of swooshing liquid. It was like being underwater in an ocean of different color bands." Overwhelmed, he tried to make sense of what he was seeing. "Sometimes, it would resolve into patterns with meaning, and other times it would just be this beautiful swirl of color. It was by turns threatening and awe-inspiring." Thirty-two years later, Young leans forward in his chair as he describes the vision. Eventually - he has no idea how much time this took- the colors began to take recognizable shape. "It was a radial design, like a mandala, with the colors in the center leading out to the sides, each one a different color and pattern." Young felt that he was in the center of this great circle - frozen there like a fly in a spider web. "I could see that each color band was a different life experience. A different path to take. And I was in the center where they all started. I could choose any path I wanted. It was incredible freedom . . . but I had to choose one. To stay in the center was to die." Young's voice drops to a whisper. "I couldn't choose. I just . . . couldn't. . . pick one." He was in agony. There was a sensation of his "insides being clawed out. It was incredibly painful." For what felt like an eternity, he hung there, suspended by fear and indecision.     "And then I died."

At that moment, Thurman's voice, from upstairs in the sanctuary, intoned the lines of an Edna St. Vincent Millay poem:

I shall die, but that is all I shall do for Death;

I am not on his pay-roll.

Young pulled a scrap of paper out of his pocket and scribbled something on it. Later that day, when his head was clear, he looked at what he'd written. NOBODY SHOULD HAVE TO GO THROUGH THIS. EVER! "I wasn't talking about the drug trip," he says now. "I was talking about having to make this choice of what to be. I was talking about having an ego and having to have it die in order to live in freedom. I had to die in order to become who I could be. I did make a choice, in that willingness to die."

The Ego Death is one of the most important elements of the mystical experience, and after the dissolution of the 'ego' --the "I" we associate ourselves with-- comes the Oneness, the sense of unity will all of the Universe. 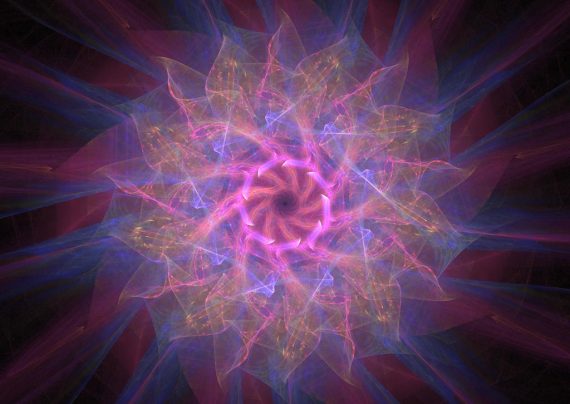 20 years after Pahnke's death, attempts were made to contact the anonymous participants of The Good Friday Experiment. One had already passed away, and another refused to be interviewed, but most of them confirmed that their experience with psilocybin in 1962 had remained one of the most important experiences of their entire lives:

I would certainly like to know what happened to the men who volunteered for this historic experiment. Did it alter their religious beliefs or reinforce them? Did they choose to remain in the church or did some eventually change their path?

Many people with strong ties to a particular church will still opt to demonize psychedelics, and bring out all the fear-mongering articles highlighting the damages they produce in addicts. What Pahnke's study confirmed, is not only how the correct use of these substances involve heeding the proper protocols of 'set & setting' --which were largely unacknowledged by the members of the Hippie generation, who were in such a rush to 'drop out' without considering the risks of their carelessness-- but also that Martin Lee was right when he described LSD as a "potentiator of possibilities." Our society needs to finally realize that psychedelics, like any other technology, are not inherently good or bad; they merely 'amplify' what is already inside of you.

But even if tomorrow all drugs were legalized, I still suspect the Vatican would not approve of their use. Perhaps deep down they realize that instead of stuffy dogmas & sclerotic codes of conduct, what people are desperately seeking is Spirituality as a living, breathing experience; and that these substances are a far more suitable intermediary to get in touch with the Divine than they are. Which is why a better name than 'Psychedelics' is 'Entheogens', because they help you find 'the God within.'

What better way than the Oneness triggered by entheogens, to teach a Christian the TRUE meaning of Matthew 25:40? 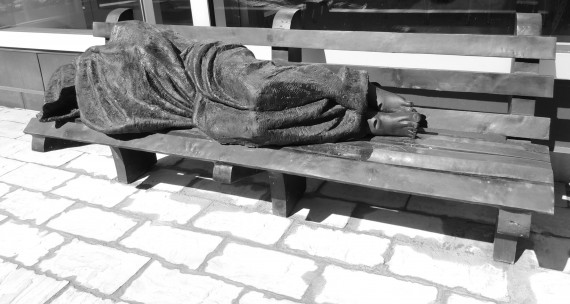 New Brain Cells From Mushrooms is More Than Magic