Cattle-Mutilations and a Curious Movie

Back in 2003, when I was promoting my then-new-book, Strange Secrets, I was interviewed by BBC Radio. This was just two years after a catastrophic outbreak of foot-and-mouth disease in the UK that absolutely decimated the nation's cattle-herd. Since one chapter of my book dealt with the matter of official files on cattle mutilations, the host wanted to focus on this particular topic, but chiefly from the perspective of the mutes having a down-to-earth explanation, rather than one of extraterrestrial, "satanic cult," or supernatural origins.

During the course of the show, we got into the matter of Strontium-90 - a radioactive isotope that is produced via nuclear fission and which has a half-life of close to 30 years. Was it possible, the BBC host asked, that the mutilations could be due to clandestine, government programs checking on the cattle-herds? The purpose: to determine the extent to which they might have been affected by exposure to Strontium-90, from (a) nuclear tests undertaken in the 1950s and 1960s; and (b) the Chernobyl disaster of April 1986?

I replied that, yes, we certainly should be focusing on such a possibility. Certainly not, however, at the expense of theories of a far more radical, or even unearthly, fashion, but most definitely right alongside them.

So, why do I mention a fairly obscure, eleven year old interview now?

Very simple: last Saturday I watched a movie I hadn't seen since I was a kid. Its title: Island of Terror. Made in 1966 by Planet Film Productions, it stars horror-movie legend Peter Cushing, Edward Judd (who also appeared in The Day the Earth Caught Fire) and Carole Gray (of The Curse of the Fly and Devils of Darkness).

Island of Terror is a curious and thought-provoking movie - and even more so because of a weird connection to the cattle-mutilation mystery. But, before I get to the mute issue, a few words about the movie itself. It is set on an island off the coast of Ireland - Petrie's Island - where the body of a farmer has been found: a man named Ian Bellows. This is no normal death, however. Bellows' corpse is found to be completely lacking in bones.

The resident policeman, Constable John Harris, quickly contacts the island's doctor, Dr. Reginald Landers. Realizing that the lack of bones in Bellows' body is an indication of something truly out of the ordinary having occurred, Landers heads off to London to discuss the baffling affair with a Dr. Brian Stanley (played by Cushing). Unfortunately, Stanley, who is at first skeptical of Landers' story - but who soon realizes his colleague is 100 percent serious - cannot shed any light on the matter. But he knows a man who may be able to help.

That man is Dr. David West (Edward Judd), an expert on bones and bone disease. Since time is of the essence, West's girlfriend, Toni Merrill (Carole Gray), suggests they make use of her father's helicopter to return to the island - providing she can come along for the ride, which she does. And that's when monstrous mayhem breaks out. And it's also when we see a few, downright eerie cattle mutilation parallels start to surface.

First, there's the matter of the ever-present helicopter, zipping around the island. As anyone who has studied the cattle mutilation phenomenon will know, so-called black helicopters and phantom helicopters are staple parts of animal mutilation lore. Then, there is the death of a certain horse. 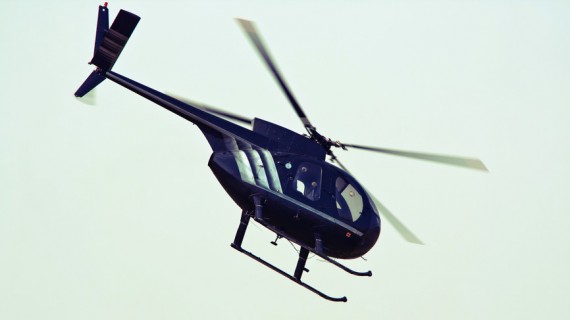 There can be no doubt that the defining moment in animal mutilation history occurred in 1967. It was in September of that year -  near Alamosa, Colorado, USA - that the body of a horse named Lady was found under shocking circumstances: the flesh had been stripped bare from her head and neck. It wasn't long before rumors of a UFO connection to the death surfaced. And thus was born the modern era of animal mutilation.

Strangely, Island of Terror (made in England one year before the death of Lady, but released in the United States only seven months before she was killed) also focuses on the mysterious death of a horse, but in a near-mirror-image fashion. Lady's body was intact, but her head and neck were skinned. In Island of Terror, the unfortunate horse (like Lady, owned by a farmer) retains all of her skin, but her bones are gone - just like those of Ian Bellows. And we soon find out why.

It's all the result of the fringe research of a Dr. Lawrence Philips, who - while trying to find a cure for cancer - accidentally creates a new, and lethal, life-form. They are weird beasts that look like tentacled stingrays, but which scuttle around on land. And they become known as "silicates," due to the fact that - as West, Merrill, Stanley and Landers learn - the creatures are made from the chemical element, silicon. 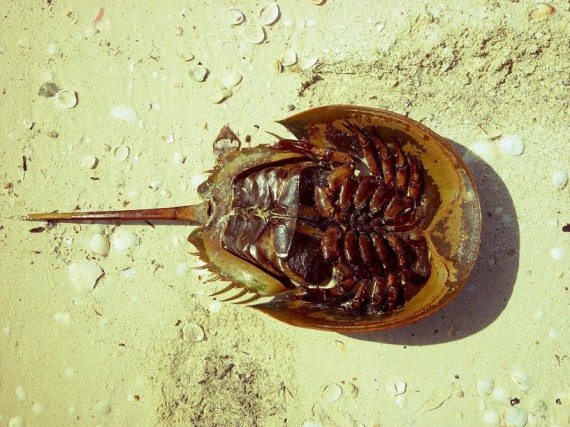 Trying to kill the silicates rapidly becomes a very big problem. Gasoline, bullets, explosives: nothing seems to work. As for the growing number of islanders who end up boneless, the team discovers to their horror that the silicates inject into their victims an enzyme that dissolves bones, allowing the silicates to then voraciously feed upon them.

Fortunately, however, there is light at the end of the tunnel: when one of the silicates injects a dog with the deadly enzyme - a dog that had been exposed to a lethal amount of Strontium-90 in Philips' lab - the silicate dies. And it dies quickly, too. The weakness in the armor of the silicates has just been found: Strontium-90.

The team has a brainwave: they expose nothing less than a herd of cows on the island to significant amounts of Strontium-90. And, when the silicates turn their attentions towards slaughtering the  unfortunate cattle and devouring their bones, it's not long at all before the battle for the survival of the island and its people is finally over. Or is it?

Well, not quite. In the closing moments we learn that research near-identical to that of Dr. Philips is going on in Japan. As the movie ends, on the other side of the world a new rise of the silicates begins.

The time-frame in which Island of Terror was made (1966 - one year before the death of Lady), the Strontium-90 angle, the matter of a herd of cows being  exposed to the deadly isotope, the dead horse, and the helicopter: is all of this simply a case of coincidence? Of a fictional movie anticipating reality and the future? Or could there be more to it?

I say, yes, there very well could be more to it. On this very matter, check out an earlier Mysterious Universe article from me that suggests imagination may not only influence reality. It just might have the ability to create reality...

Is Paranormal Experience the Result of Geomagnetic Energy Acting on our Brains?