Over the years, as my online presence in the Fortean blogosphere became more widespread, I've been often asked why I'm not on Facebook. My standard answer: Because I don't want to make it that easy for the NSA.

But that's only partially true. There's also the fact that I already devote so much of my spare time online —I don't make a living out of blogging, you know— that if on top of all the social networks I'm already involved in I should add one more like Facebook, I might as well stick a tablet on my forehead with krazy glue & forget entirely about Meatspace —Oculus Rift? Mucho expensive, vato.

And there's one more thing too: Facebook is an excellent tool to reconnect with lost friends, like your old schoolmates; and that's not something I'm particularly looking forward to. I was always the oddball among my peers —becoming the tallest kid in school eventually prevented me from getting bullied— and even among my closest friends I could never discuss the things I was *really* interested in, like UFOs, Bigfoot or the loch Ness monster.

Fine, fine, I admit it: I don't want to find out how successful my schoolmates have become in these past 20 years, while I wasted my time playing Mass Effect & reading about Majestic 12.

(You might be wondering what all this personal disclosure has got to do with anything; believe me, I'm getting there)

As I became disenchanted with the Roswell mythos, and even the whole Disclosure movement spearheaded by Dr. Greer & Stephen Bassett, I started to recognize that Radio Misterioso's Greg Bishop was right: If the realization that we're not alone in the Universe ever comes to disrupt the current paradigm, it will probably originate  from some field outside of UFOlogy —Sorry, Stan.

So where could this paradigm-changing disruptor come from? One of the likeliest avenues is what is now become the holy grail in the field of Astronomy: Earth 2.0. An extra-solar planet bearing the same characteristics of our own world in size, composition & distance to its home star so it's placed within the so-called Goldilocks zone —if it's orbiting a medium-aged sun like ours, so much the better. 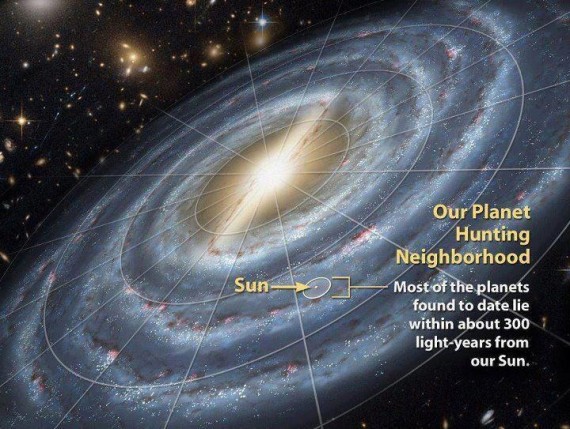 It's mind-boggling to realize how just a quarter of a century ago, the very existence of other planets outside our solar system was still an academic issue! Scientists assumed they HAD to be there, just as they slowly realized that the 300 billion stars in our galaxy only constitute a tiny fraction of the observable Universe. But it was only until 1992 that theory became fact, when Aleksander Wolszczan and Dale Frail became the 1st official discoverers of other islands in the infinite cosmic ocean; henceforth one of the coolest titles in Science was coined: Planet hunter.

Hunting for exo-planets is incredibly hard for one simple reason, which even a toddler would grasp: Their parent stars are so bright they completely outshine whatever non-glowing objects might be lurking in the vicinity. Because of this, astronomers had to rely in clever methods to infer the existence of a planet, even if they couldn't directly observe it. Picture an olympic athlete, the moment it spins on its feet in order to give angular momentum to the heavy hammer; not even the mighty Thor would avoid wobbling his head before launching the steel ball out of orbit —Hollywood CGI effects be damned!— and this 'wobbling' shift is the telling sign that a massive gas giant is orbiting very close to a star. 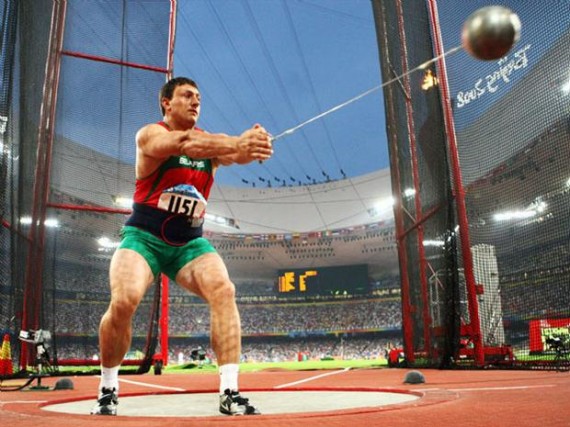 Over time, the tools in the planet hunter's bag have grown more refined, so we now can detect other worlds aside from 'hot Jupiters' —which don't really turn me on that much— & boring gas giants, Saturn notwithstanding  —but honestly Honey, without the bling you wouldn't be much to look at either. The Kepler telescope, for example, makes use of its ultra-sensitive light sensor to detect the presence of a potential planet, by observing the minute decrease in the brightness of its parent star. Because of this the number of confirmed extra-solar planets discovered so far is a whooping 1,707.

Think of it: In little more than 2 decades we've increased our knowledge of known worlds from zero to almost 2000. Wowsers.

But just like in music, it's ROCK what really matters, man! In 2007 astronomers found the 1st proposed terrestrial planet, Gliese 581-d, orbiting a red dwarf star 20 light-years away. Although this planet is seven times the size of Earth, and red dwarfs are much cooler than our Sun, scientists still think Gliese 581-d could be capable of having liquid water in its surface; and when there's water, life as we know it is not only possible, it's practically inevitable.

Even if Gliese 581-d turns out to be a dud, we know there could be as many as 40 billion Earth-sized worlds orbiting in the habitable zone of Sun-like stars. With the recent discovery of Kepler-186 f, the most Earth-like exoplanet detected so far, we know that the announcement of Earth 2.0 is just a matter of time —although I hope that by then scientists have found a cooler way to classify exoplanets; srsly dudes, you give HURRICANES sexier names! 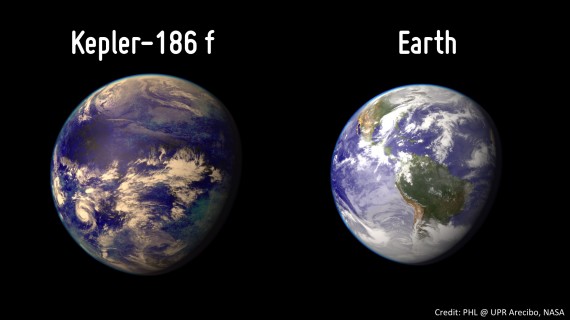 But in case you hadn't noticed, other things have changed since 1992. Our expectations about the future have grown grimmer & more pessimistic, and I don't think we can blame that on Nirvana's Smells Like Teen Spirit. Even something as finding life on another planet, which I always thought would be generally received as great news, is perceived by some as potentially disastrous for humanity.

In an online article published last month on The Conversation titled Habitable exoplanets are bad news for humanity, University of Oxford's Andrew Snyder-Beattie, who works as Academic Project Manager at the Future of Humanity Institute, echoed the fears his colleague the philosopher Nick Bostrom, who thinks it's best if we never find ET life. Bostrom's concerns are not the same as Stephen Hawking, who seems to have stopped adding Sci-Fi flicks to his DVD collection since the 1990's. No, what Bostrom is afraid of is something called The Great Filter, first proposed by economist Robin Hanson, who looked at the problem imposed by the infamous Fermi paradox, scratched his head & concluded there must be some big & spooky eventuality keeping the Universe barren from advanced civilizations, and our skies not buzzing incessantly with spam radio transmissions, offering the latest tentacle-enlarging pills from Andromeda.

The fact that our universe seems basically dead suggests that it is very very hard for advanced explosive lasting life to arise. And if there are other radically different paths to expanding lasting life [Shapiro & Feinberg 82], that only makes the problem worse, by implying that the filter along our path must be even larger. ~Robin Hanson 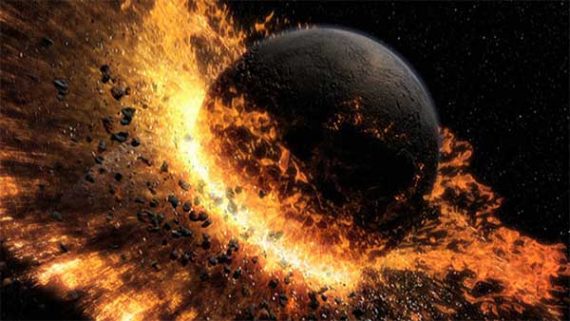 'The Great Filter' is like an epistemological MacGuffin, because it saves you from explaining what that mysterious eventuality culling the formation of interstellar empires could actually be. It may be massive natural catastrophes of cosmic proportions, either super-nova explosions, solar flares or black hole formations, which occur with more regularity than we'd like them to; or it could be some powerful technology which immature civilizations are incapable of controlling —Antimatter reactors, Artificial Intelligence, Instagramming... take your pick.

If we only keep finding barren worlds then that's good news for Bostrom & Snyder-Beattie, because that means The Great Filter is probably behind us, and we humans are on our way to become Masters of the Universe, sans fur loincloth.

The silence of the night sky is golden … in the search for extraterrestrial life, no news is good news. It promises a potentially great future for humanity. ~Nick Bostrom

But on the other hand, if those pesky planet hunters do get to hit the jackpot & find Earth 2.0 then, guess what? That means The Great Filter is still ahead of us & OMG-HOW-ARE-WE-GONNA-DEAL-WITH-THAT? Leave our leaders to deal with spooky eventualities? Look what great job they did with the Obamacare webpage!

With all due respect to Bostrom & Snyder-Beattie, but I find this attitude completely nonsensical. Their desire to live in an empty Universe so we can increase our odds of survival, is as if I were to subscribe to Facebook & search for my lost school-mates, ONLY because I wanted to learn that *all* of them had terrible careers & are now divorced —in other words, just as miserable as me —hey, I may be a wuss & a man-child, but I'm not a complete douchebag!

One of the reasons why I still think the UFO phenomenon is important, is because if these entities happen to visit us from another planet —an as-yet unproven hypothesis which is not without its merits— then that means growing beyond our current cultural & technological adolescence is possible. IMO learning we're not alone might spur us to get our shit together; if they could do it, why can't we?

And as for my old school friends & acquaintances whom I'll never befriend on Facebook, I wish that all of them have managed to live happy & fruitful lives, and enjoyed of the success I never had; because as immature as I am, at least I managed to learn that Life is not some Us vs Them, zero-sum race in which their misery translates into more opportunities for me. On the contrary, I firmly believe that happiness can act as a catalyst to amplify & multiply prosperity & well-being.

Let us welcome the announcement of Earth 2.0 with optimism, that it may encourage us to solve our petty differences once & for all, so we can unite into a single voice, the Human voice. Who knows? Maybe someday we may be asked to join the Cosmic Chorus. 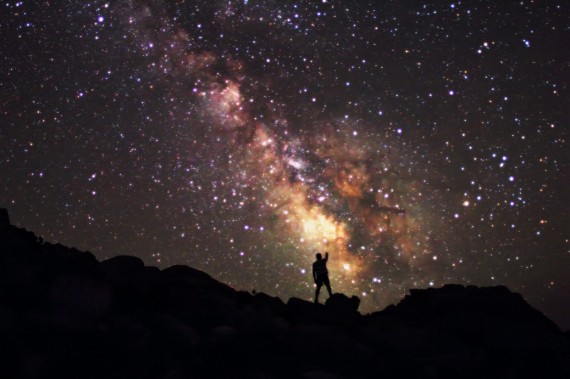 … Although it would be nice if it happened before 2016, because that's when I have my 25th High School reunion —and I'm still hoping to have the chance to say "I TOLD YOU SO!" to my balding, middle-aged buds ;)