Is Paranormal Experience the Result of Geomagnetic Energy Acting on our Brains?

Quite some time ago, almost exactly a year ago actually, I wrote a piece speculating on the effect of increased solar activity on paranormal experience.  I connected paranormal reports, specifically ghost related phenomenon, with recent increases in solar activity, by suggesting that there might be a causal effect between geomagnetic radiation and such experience, by way of an interaction between that energy and the brain.  Essentially, I said that most ghost-type paranormal experience is the result of our brains reacting to electromagnetic energy in the environment.

This wasn’t received well.  Though maybe not for the reason you’re thinking.

In that post, titled Will Paranormal Activity Increase with Increased Solar Activity?, I used Dr. Michael Persinger’s so-called God Helmet to illustrate my point, and that may have been my mistake.

If you’re unfamiliar, the God Helmet is a contraption – a helmet, obviously – that facilitates the transmission of low-frequency electromagnetic waves into the brain of the wearer, which reportedly results in the wearer experiencing hallucinations and other similar cognitive responses that, according to Persinger, manifested as visions of God or of being in the presence of God, among other things.  Persinger and his colleagues used the helmet, briefly, to study the effect of subtle energy targeted at the temporal lobe on creativity.  An admittedly ill-defined hypothesis, yes, but the point of my piece was to draw a correlation between the observed effect of the helmet and the basic nature of many ghost-type paranormal experiences.

I maintain that I’m correct, but at the time I wasn’t aware of some of the most exciting research coming out of cognitive research in the field of biotechnology.  Persinger’s God Helmet then, was a poorly chosen example in support of a growing mountain of evidence for the effect.

Some of that evidence revolves around advancements in neural scanning technology, such as MRI’s (or fMRI’s), CAT scans, PET scans and the like.

Popular physicist Dr. Michio Kaku has recently published a book, titled The Future of the Mind: The Scientific Quest to Understand, Enhance, and Empower the Mind (Doubleday 2014), which is pointedly outside of his standard academic purview, but which provides some interesting starting points for further reading into cognitive neuroscience.

In particular, he reviews the state of the art in brain scanning technology at the moment, providing an excellent run-down on what’s available and where it’s headed, as well as the inherent limitations.  One such technology is an exciting method known as Transcranial Electrical Stimulation, or TES.  This is as it may seem, a method involving a device placed directly on the skull of patient, which then transmits weak but highly-defined electrical signals through the skull and into the brain.  The effect of these signals is that the electrical energy actually turns off neurons in the targeted region, and the effect of that is widely varied, but also extremely valuable.

The ability to temporarily turn off specific regions of the brain provides unprecedented opportunities for the direct mapping of neural activity – identifying what areas of the brain are related to what cognitive functions, i.e. turn off neurons in specific areas of the prefrontal lobe, and then observe what effect that has on the patient (patients are conscious and actively participating in the procedure).  This has profound implications; for instance, with conditions like Parkinson’s Disease, where those afflicted suffer from increasingly debilitating tremors.  TES scanning can – and already has – identify the specific regions of the brain responsible for the tremors.  Not only does this give researchers the ability to attempt to understand what’s happening and why, but it also allows them to, at will, shut down those regions with electrical signals, and thereby stop the tremors, at least temporarily.

Profound implications indeed, but there are limitations.  Electromagnetic energy dissipates and becomes unstable within only a few centimeters after passing through the dense bone of the human skull, thus the effects aren’t defined enough to pinpoint small regions or regions that lay deep in the center of the brain.  In cases where neuroscientists need to affect deeper regions, they use other methods, such as direct stimulation through electrodes inserted into the brain (which is obviously a great deal more invasive than TES), but there are some interesting things that can be done even within the limitations inherent to transcranial electrical stimulation.

A paper titled Induction of self awareness in dreams through frontal low current stimulation – published Sunday in the journal Nature by a team of German researchers, led by clinical psychologist Ursula Voss of the Institute of Psychology at the University of Bonn – revealed that through their research, they have been successful in initiating a state of personal awareness in people while they dream.[1]  That means they instigated lucid dreaming in their subjects, through electrical stimulation.

They used a variation of the TES procedure, called transcranial alternating current stimulation or tACS, to target areas of the frontal lobes, which are considered integral to the neuromechanics behind dreams.  This, in and of itself, is extremely interesting, and it seems, at first glance, that it answers some long asked questions about dreams and how they work.  It also seems to provide even more evidence for the deterministic view of biology, which says that all features of mind are the result of nothing more than the mechanical processes of the brain (the opposing view is dualism, which asserts that the self or the soul are separate from biology).  It also raises a few questions about our current knowledge in these areas.

However, it seems like these conclusions may in fact back up my earlier hypothesis, roughly defined and poorly executed as it may have been.  The effects observed through TES and tACS brain scanning are proof of concept, in the case of my assertion that outside electrical signals can and do have an effect on our cognitive processes and in turn also have an effect on our perceptions. 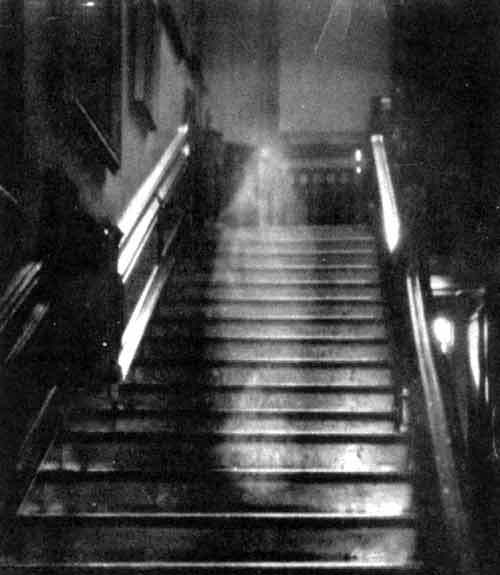 The criticisms leveled at my earlier ideas were justified though.  Transcranial electrical stimulation, whether direct current or alternating, requires that the source of the signals be highly regulated and that they originated from a device placed directly against the skull in a location that is relative to the region to be affected.  The limitations of signal penetration are what stand in the way.

However, as mentioned in my earlier writing, solar activity generates geomagnetic energy on a scale that we don’t really understand.  The Carrington Event of 1859 served to charge our atmosphere with enough electromagnetic energy to knock out all electrical devices in the northern hemisphere.  Luckily, at that time there weren’t very many such devices, so the effect was less than devastating, but solar storms since then have been shown to have a direct effect on satellite systems and electrical transmission grids.  It remains feasible that the energy involved in those occurrences could also be having an effect on our brains.

If that is the case, then who among us can say how such energy is affecting our perceptions? It seems plausible that solar activity could be responsible for the strange things people claim to see in the darkness.