Several months ago headlines were abuzz with the news that the ever mysterious Voynich Manuscript had at last been deciphered.  They may have jumped the gun a bit, but the news was exciting nonetheless.  A team of researchers from the American Botanical Council, led by botanist Arthur O. Tucker PhD. published a paper in the journal HerbalGram, wherein they declared that they had identified the language used in the manuscript, and thus solved the puzzle.

Tucker and his team suggested that the book was written (primarily) in the South American pre-Spanish language known as Nahuatl.  Known more commonly as the Aztec language, that’s actually a grouping of several Uto-Aztecan languages, some of which are still spoken by a few small groups residing in Mesoamerican rainforests.  Unfortunately, the particular dialect identified is a dead language, in that no one, anywhere, speaks it aloud.  That makes deciphering the entire text all the more difficult.

Since that breakthrough announcement, there has been at least one other group of researchers who’ve also claimed to crack the code of the Voynich Manuscript using different methods and languages, and the claim has been made several times previously, so it remains to be seen if any one of them is correct.

This is a regrettable feature of progress, but we can no more save every language than we can save every man from death.  It needn’t be said though, that every culture lost is a tragedy, but what if we could preserve those lost cultures, those lost languages, in art?

That’s exactly what was done with the long lost Maypore language from the Amazon basin of South America.  It may not be what you’re thinking though.

It starts with something of a romantic legend from one of the great Amazonian explorers.

Friedrich Wilhelm Heinrich Alexander von Humboldt, or as he’s more commonly known, Alexander von Humboldt, was the very definition of a Renaissance Man.  He was a trained geographer, naturalist, and explorer; he laid the foundation for modern biogeography through his writings on botanical geography, and he was the first to suggest that the coast lines of the Atlantic Ocean were once joined (South America and Africa in particular).  He also attempted, through his five-volume work, Kosmos (1845), to unify the various scientific disciplines (with some success too).

It’s said that von Humboldt’s expedition through Latin America , beginning in the summer of 1799 and lasting roughly five years, was one of the most productive naturalist expeditions in that region to ever have been conducted.  That may be something of an exaggeration, but the fruits of that labour are undeniable.

On his journeys, he made contact with an Amazonian tribe known as the Carib Indians, who lived along the Orinoco River (now Venezuela).  He learned much from his hosts, including that their pet parrots apparently spoke a different language than the Carib.  Finding this odd, he questioned them and found that the birds were actually the spoils of war, and that they had previously belonged to a rival tribe; one which the Carib had wiped out in battle.  The language, known as Maypore, was that of Maypure culture (also Maipure), and it turns out that the birds were the last living beings who spoke those words aloud.

Von Humboldt saw an opportunity, and during his stay with the Carib, he identified some 40 words, recording them phonetically in his journal.  These few words, the meanings for which aren’t well known, are the last remnants of a unique culture that is no more.

Now, the story of Humboldt’s Parrots is considered a legend, because von Humboldt’s journals don’t corroborate the story, except insofar as the 40-some words he identified have been verified.  It’s not known where the story actually came from, thus it remains just a neat tale of the Amazonian wilds.  But that sort of changed in 1997. 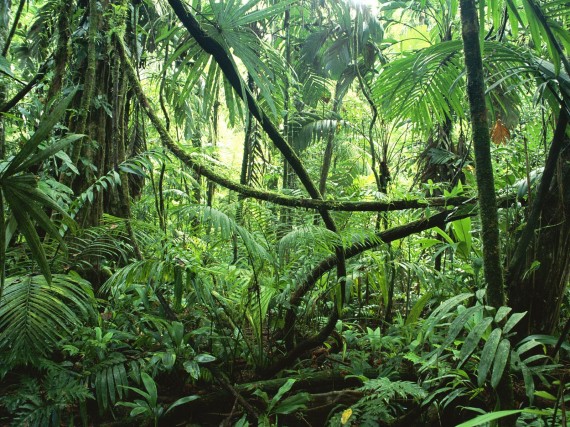 Conceptual artist and faculty member at the Yale School of Art in New Haven, Connecticut, Rachel Berwick, teamed up with Sue Farlow, parrot enthusiast and owner of Jacot Unlimited – a bird behaviour consultation business providing services to parrot owners.  Berwick, it seems, had an idea for a special live art exhibit starring a parrot, and inspired by Humboldt’s Parrot legend.  Her idea was to train a parrot to speak the 40-some words recorded by Humboldt while perched inside a large translucent polypropylene aviary.  The effect of which would be similar to an echo chamber, amplifying the spoken words while partially concealing the birds, allowing the voices to be held in the space like an incorporeal beckoning from the beyond.[1]

This was her dream, and with Farlow’s help, the two embarked on a five year journey of exploration and learning.  They selected two Amazon parrots, partly because they are native to the region of the Orinoco River and partly because they have a reputation for vocal aptitudes unlike any other bird.

After weeks and months of twice-daily training with the two birds, Papetta and Apekiva, project volunteers reached a milestone when the parrots finally started to speak the forgotten language in spits and spurts.  They used, at the recommendation of Farlow, a training method known as model and rival, which was developed by MIT professor, Dr. Irene Pepperberg.  Berwick and Farlow (and several volunteers) would basically perform in front of the birds; one would present an object to the other, who would then either say the target word aloud or a non-target word.  If the correct answer was provided, the object was given as a reward, if not, the object was taken out of view.  The birds would observe then imitate the display out of a natural desire to replicate what they hear, and through a desire to join in the game.  Unfortunately, no one alive knows exactly what Maypore sounded like, but the team made best guesses on pronunciation with the help of a Yale linguist who specialises in Latin American languages.

By the time their aviary was constructed, the birds were practically fluent in Maypore, and the display opened in July of 1997 at the RealArtWays exhibition.  It later travelled to Wooster Gardens in Soho, New York, and then to London, England’s Serpentine Gallery.  The entire project was a huge success, and a similar exhibit has since been erected in Istanbul, Turkey.

As of 2002, Apekiva and Papetta continue to amaze art and bird lovers all around the United States.  They live with Berwick, enjoying life and speaking one of the lost languages of the Amazon.  The average Amazon parrot enjoys a lifespan between 50-75 years, depending on habitat and care (birds in captivity tend to live shorter lives).  The birds are now 23 years old, which means that the Maypore language – and therefore their culture, or at least a part of it – will continue to exist for another 25-40 years, perhaps longer if other birds are trained to replace them.

While not exactly a practical exercise in cultural preservation, Berwick and Farlow succeeded in saving, at least for a time, a valuable part of our history.  What does it say though, that the last beings to speak this language are birds?

[1] Sue Farlow. Bearers of a Lost Language: Can I teach a parrot to speak an extinct dialect?  I would soon find out. http://www.parrotchronicles.com/features/maypore/maypore.htm

The Madness of the Divine: Deconstructing Noah’s Ark