Within Japan’s Yaejima Island chain, southwest of Okinawa, lies the mysterious, remote Iriomote Island. The sparsely populated island is a land of dense mangrove swamps and unexplored, impenetrable, mist shrouded rain forests. It is easy for one to look upon this landscape and think they are in the deepest parts of the Amazon, or the jungles of Africa rather than in Japan. The island is home to many endemic species of flora and fauna that have evolved in isolation and are found nowhere else on Earth. If ever there was some forgotten lost world in Japan, then this mysterious place is it.

The island is already home to one unique enigmatic animal, the rarely seen Iriomote wildcat (Prionailurus bengalensis iriomotensis), an indigenous wildcat about the size of a house cat which was discovered in 1965. It is thought to be distantly related to leopard cats of the Asian mainland, from which the species diverged and subsequently evolved  in isolation on the island long ago, and is often referred to as a "living fossil." The Iriomote wildcat inhabits mostly the remote jungles of the island and is so rare and elusive that most long term residents of the island have never even seen one. Indeed, many residents are not even aware that such a cat exists. Fewer than 100 of the Iriomote wildcats are thought to exist in the wild.

If accounts are anything to go by, then the Iriomote wildcat is not the only wildcat species to call the island home. In the thick interior of the island, a much larger cat is said to stalk through jungles.

Although Iriomote island wasn't inhabited by humans in earnest until after World War II, hunters on the island occasionally brought back stories of encountering mysterious big cats roaming the wilderness long before the smaller known Iriomote wildcat was even discovered. The mystery cats were said to be anywhere from 1 meter (3.3 feet) to up to 2 meters (6.6 feet) in length, and similar in appearance to a leopard or jaguar, with prominent spots covering the body, although some reports describe stripes more like a tiger.

A common feature of sightings is the cat's exceptionally long tail, which is described as being longer than the creature's body length. The cats were known for being extremely agile climbers, with some accounts describing how they seemed to almost swing from tree to tree like some sort of primate rather than cat. The cats were also said to be powerful jumpers, able to leap up to 5 meters (16.5 feet) from a standing position.

These large cats came to be known by locals as the yamapikarya, which roughly translates into "the one in the mountain whose eyes shine," as well as the oo (oh) yamaneko, or "giant mountain cat." In addition to reports of mysterious large cats brought back by hunters before and during the early days of human habitation on the island, soldiers stationed on Iriomote Island during World War II also reported seeing the Yamapikarya on occasion, and there are even accounts of soldiers killing the beasts.

The Yamapikarya is still occasionally sighted into the modern day.

One such sighting occurred in the summer of 1978, when a hunter reported seeing a large cat lounging up in a tree. The eyewitness described the cat as having spots that were “oddly shaped,” and a long tail that hung down “like a vine.” After observing the cat for several minutes, the hunter reports that the cat seemed to suddenly realize it was not alone, after which it bounded down the tree and into the forest with what he said was extraordinary speed and agility. The cat reportedly did not make any sound during the encounter.

In 2003, a Mr. Shoichi Shimabukuro, who runs a fishing boat on the island, spotted a Yamapikariya while he was in the mountains setting wild boar traps. According to his report, he was setting the traps and found himself walking along a gravelly open clearing. After walking along this clearing for around 100 meters, he was surprised when a large, spotted cat, estimated at slightly over a meter long and with an exceptionally long tail suddenly leapt down from the top of a large boulder, landing right in front of him before disappearing into the underbrush. The eyewitness explained that the cat was very nimble and easily bounded 3 meters (around 10 feet) as it made its departure.

In September of 2007, the cat was seen by a Mr. Aiyoshi, who is a professor at Shimane University in Japan. According to his report, the professor was sitting on a beach on Sakiyama peninsula fishing for a research project when a dark shape appeared from the thick forest just 2.5 meters from where he sat. His first bewildered reaction upon realizing an animal was there was that a wild boar had crept out of the trees, but it became quickly apparent this was a large cat which he described as being a meter in length, with a very long tail and black spots, and looking similar to a clouded leopard. The professor reported how the cat stared right at him before calmly slinking into the shadowy forest once more. The man recalled being very frightened that the cat would attack him.

One of the more recent sightings occurred in 2010, interestingly during preservation efforts on the Iriomote wildcat. A worker was repairing and installing road signs alerting drivers to the wildcats, many of which are hit by cars, when he noticed movement in the nearby underbrush. Again, the movement was at first presumed to be one of the many wild boar found on the island, and the worker thought nothing of it until a large, spotted cat crept from the underbrush and furtively stalked along the road before entering the wilderness once again. In this case, the mystery cat was described as being 1.5 meters (5 feet) in length, with a tail 1.5 times that length. It was said to have orangish coloration and very large spots.

At present, there are at least 47 recorded sightings of these mysterious big cats on the island, with most of the sightings occurring in the 60s.  The rarity of more modern sightings is possibly due to the alleged cats moving deeper into the inaccessible inland jungles due to increased tourism on the island.

What could possibly account for such sightings? The Yamapikarya is far larger and different in appearance than the known Iriomote wildcat, so it seems unlikely that there could be misidentifications. One of the most common theories is that there is possibly a remnant population of clouded leopards (Neofelis nebulosa) inhabiting the island.

This would certainly fit in with eyewitness descriptions of the mystery cats. Clouded leopards are typically somewhat comparable in size to what is described in the eyewitness accounts and have large spots that also match with reports of the Yamapikarya. The alleged Yamapikarya tend to be described as larger than typical clouded leopards, but this could be a result of geographic isolation or inaccurate size estimations. In addition, clouded leopards have unusually long tails and are highly nimble climbers and powerful jumpers, all hallmarks of Yamapikarya sightings reports.

The idea of a small, isolated population of clouded leopards on Iriomote island is not entirely farfetched. The island was once accessible to other clouded leopard habitats in Asia through a land bridge, so it is not inconceivable for some of the cats to have become present on the island. In addition, Iriomote island has plenty of food resources to support a large cat of this type.

Could a large cat such as the clouded leopard remain undiscovered on the island? Although only 289.27 square kilometers (111.69 square miles) in area, Iriomote Island nevertheless certainly seems to be a suitable habitat for such a creature to remain hidden. Currently, Iriomote island is approximately 90% jungle and mangrove swamps, and most of the interior of the island falls within state protected land, with around 35.5 percent of the land compromising Iriomote National Park. Most of the inland jungles are devoid of any roads or even trails, and as such are accessible only on foot through dense foliage and underbrush. Much of this impenetrable jungle is unexplored.

The known Iriomote wildcat was not discovered until 1965, and it is a species more inclined to venture into the coastal areas where most human habitation on the island is located. Something that preferred the deeper, inaccessible and unexplored jungles of the island could feasibly remain undetected up into the modern day. 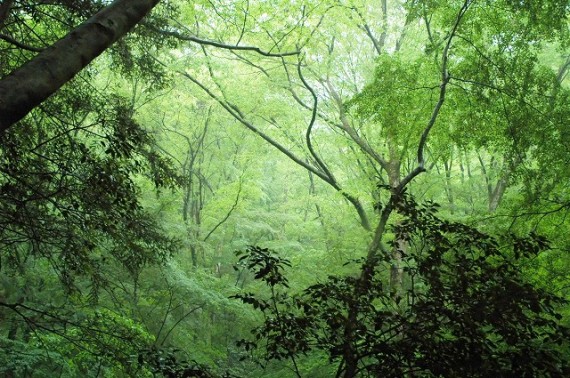 What stalks through this lost world of Iriomote Island? Is there a unique species of big cat that we have not discovered yet lurking within the island's swamps and jungles? Hopefully, if such a cat does exist, then it will eventually be protected and recognized as yet another unique animal on this majestic island.