If creatures from another world really did crash to earth in July 1947 (I am, of course, talking about the Roswell affair), then why is it that the material evidence has never surfaced? That important issue aside, Roswell, as an event, is a matter of record. The case has, after all, been the subject of numerous non-fiction books and has featured in a near-endless number of TV series and documentaries, movies and novels. The controversy has also been the focus of two U.S. Air Force investigations and a report by the Government Accountability Office.

Regardless of what really happened on that now-infamous, remote ranch all those years ago, Roswell is the cornerstone of Ufology; no doubt about it. Indeed, Roswell is to Ufology what the 1967 "Patterson Film" is to Bigfoot research, and what the 1945 disappearance of Flight 19 is to those who believe in the existence of the Bermuda Triangle.

In a previous article here at Mysterious Universe, I offered my personal opinion that the U.S. government (and I use those words - "the U.S. government" - as a catch-all term for the U.S. Air Force, the intelligence community, and elected officials) is out of the loop when it comes to knowing the full, unexpurgated facts surrounding Roswell. 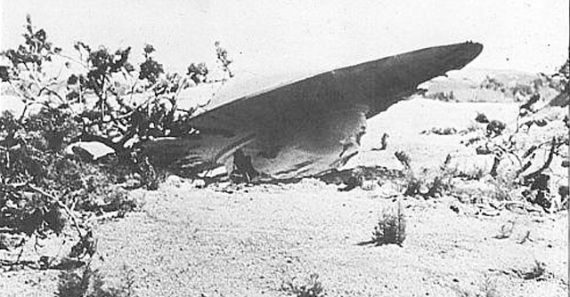 Far more likely, as I see it, the Roswell secrets are maintained by a kind of "shadow agency." That's to say a group which is (a) answerable to no-one; (b) not officially known to exist; and (c) funded in a deeply clandestine fashion.

But, there's another side to all of this.

It's one thing to have a secret group that oversees the Roswell case. It is, however, quite another issue for this group to have successfully hidden every bit of wreckage, every single page of every single document ever prepared on the event, and every highly-classified photo. And all without making a single mistake (just one!), to the point where absolutely nothing - not even the merest scrap - has surfaced in seven decades.

How is such a thing possible?

Let's face it, we hear numerous stories of extraterrestrial debris found on the Foster Ranch, Lincoln County, New Mexico, which is then (sooner or later) "back-engineered," perhaps at Area 51 or elsewhere. We're told the Roswell technology and materials played major roles in the development of everything from night-vision goggles to integrated circuits, and from lasers to fiber-optics.

If the stories are true (even just a few of them), then such programs would have required the dedicated, secret work of countless people and numerous companies and industries. And with so many scientists and personnel involved - combined with the reams of paperwork such studies and research would surely have generated since 1947 - is it too much to expect that even just one smoking-gun would surface?

Since we clearly don't have that much-sought-after smoking-gun (if we did, you would hardly be reading these words right now!), the skeptics conclude that's because it doesn't exist. There is, however, another angle that needs to be addressed. It's an angle to which few people ever give much thought. 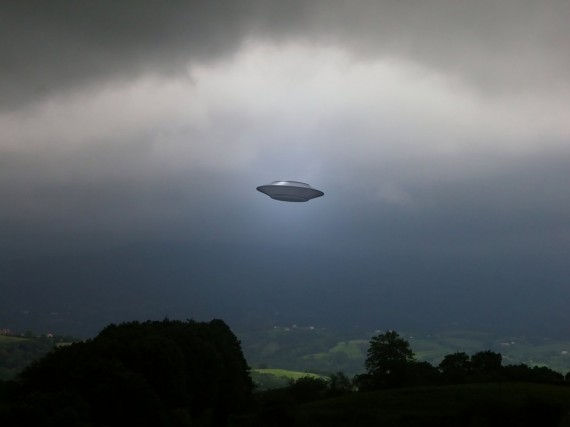 What if aliens did crash in New Mexico in 1947, but very little (if, indeed, any) progress has been made in studying and understanding the alien technology? More to the crux of the matter: what if the recovered evidence has  barely been investigated in the slightest? Taking things a step further than that, what if  the material is so baffling and appropriately alien that it has just been hidden away? And that's all. Such a scenario might sound strange, but bear with me.

Consider the possibility that all the stories of "back-engineering" are bogus and were designed - at the height of the Cold War - to unnerve and confuse the Soviets (as I have discussed in a previous article)? And what if the reality is that zero progress has been made when it comes to the examination of the Roswell materials?

This brings us to another matter: the final scenes of the 1981 movie, Raiders of the Lost Ark. They are as memorable and powerful as the ending of the 1968 movie Planet of the Apes. As we learn, the Ark of the Covenant is now in the hands of the U.S. government, all thanks to Indiana Jones (played by Harrison Ford). Instead of studying the Ark, however, the government does something else with the priceless, mysterious artifact: it locks the Ark away in a huge warehouse, as in forever. A case of out of sight and out of mind.

Now, with that said, back to Roswell. Despite what has been stated about a UFO crashing in New Mexico in 1947, the fact is that - for the most part - we actually have very few, credible stories of a UFO being found on the Foster Ranch. What we have, chiefly, are reports of a massive field of debris and a varying number of bodies of perceived, non-human origin.

Consider the possibility this is all our theoretical group that oversees the Roswell affair has in its possession. No "power-plant," no "engine," no "flight-deck," and no "fuel-tank." Just a lot of mystifying, so-called "memory metal." As for the bodies - whether in fairly good shape or pulverized and shattered - what if studies have yielded very little beyond the conclusion they aren't locals? But, how is it even possible for us not to have made any progress since 1947? Very easily, that's how.

Imagine sending a modern-day car back in time, 300 years, and dumping it where it's sure to be found. The finest minds of that era would, very likely, be able to conclude it was designed to transport people from one place to another. If the ignition key was turned on,  the engine then rumbled into life, and the steering-wheel was turned, chances are those same finest minds would actually be able to drive the car - after a fair bit of practice, of course.

But what happens when the car runs out of fuel? If the people of that period are unable to duplicate the fuel that the car requires - whether diesel or unleaded gasoline - they will be left with a shell that offers great potentials, but which is as good as dead and useless. And that makes me wonder if something similar has happened regarding Roswell - if, of course, the answer goes down an alien path and not a far more down-to-earth one.

If all that our theoretical, secret group has in its possession is a huge mass of memory-metal and a bunch of corpses (and nothing else), then it becomes easy to understand how very little progress might actually have been made. And particularly so if (in the same way that unleaded fuel could not be successfully duplicated 300 years ago) we have not yet developed adequate means to understand and use the technology.

The possible outcome? The corpses and the debris are stored away somewhere (Raiders of the Lost Ark style), perhaps even barely ever studied, until such a time comes when our technology allows for meaningful scrutiny to be undertaken.

The skeptics do, admittedly, make a very good point that with thousands of people hypothetically working on the analysis of a crashed UFO and its crew, the truth should have surfaced by now, whether by the actions of some Edward Snowden-type character or by accident - the latter perhaps more likely, due to the complex logistics of trying to oversee and contain so many inter-related programs and projects.

The believers counter this stance by making comparisons with the Manhattan Project that led to the development and deployment of the atomic bomb. It was a project on which a massive number of people worked, but that remained secret for years. Yes, it did. But not for almost seventy years - which is where, today, we're almost at with Roswell. 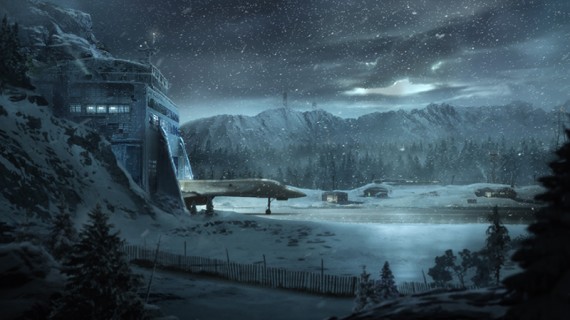 I should stress I'm not skeptical - in the slightest - of the idea that something of significance occurred back in July 1947. It clearly did. I am, however, very skeptical of the idea that with supposed "UFO back-engineering" going on here, there and everywhere - and with claims in circulation of numerous programs established to replicate alien technology found outside of  Roswell - the smoking-gun would not, by now, have surfaced.

And, I suggest, if aliens did die in New Mexico almost seventy years ago, then the "Indiana Jones/Raiders of the Lost Ark" scenario may be the correct one - as incredible and as unlikely as it may sound to many.

The wall of secrecy that has prevented us knowing the  truth of Roswell has not been knocked down. A strong case can be made that it has barely been dented. That may not be (as many UFO researchers believe) due to highly efficient, incredible security surrounding every single aspect of what amounts to a gigantic program involving the military, the government, the intelligence community, who knows how many private industries and corporations, and Uncle Tom Cobley.

The Roswell secrets may remain so successfully hidden because no-one - at all - is doing anything with the debris, or with the bodies, beyond keeping everything locked behind closed doors, until such a time comes when our technology "catches up" and we can finally begin to understand it.

Certainly, the easiest way to hide something perceived as deeply worrying, and perhaps even sinister - for nearly seventy years, and from the GAO, the Air Force, the media, and the UFO research community - is to lock it firmly away and do absolutely nothing with it.