The most famous planetary blemish and the largest storm in the solar system is at its smallest size since first described as a “permanent spot” by Giovanni Domenico Cassini in the 1600s. Why is it happening and should we be worried?

The giant anticyclonic storm known as the Great Red Spot was first definitively observed with a telescope by Samuel Heinrich Schwabe in 1831. It has since been closely watched by astronomers using Earth telescopes, Voyagers 1 and 2 and the Hubble Telescope, which provided the latest pictures of the spot’s shrinkage.

Using the early photos, descriptions and drawings from Schwabe and others, the oval-shaped Great Red Spot was estimated to be 25,475 miles (41,000 km) in length in the late 1800s. It was first observed to be getting smaller starting in the 1930s. The Voyager 1 and Voyager 2 flybys in 1979 measured it at 14,500 miles across. The most recent photographs taken by the Hubble telescope put its current size at 10,250 miles (16,496 kilometers) and its shape is now almost circular instead of oval. A comparison of historical measurements shows that the spot’s shrinkage is accelerating, with the rate of reduction now at 580 miles (933 km) a year.

In our new observations it is apparent that very small eddies are feeding into the storm. We hypothesized that these may be responsible for the sudden change by altering the internal dynamics and energy of the Great Red Spot.

Simon and Hubble astronomers will continue to watch the shrinking Great Red Spot. Is anyone worried? So far, only the people who sell Great Red Spot T-shirts. 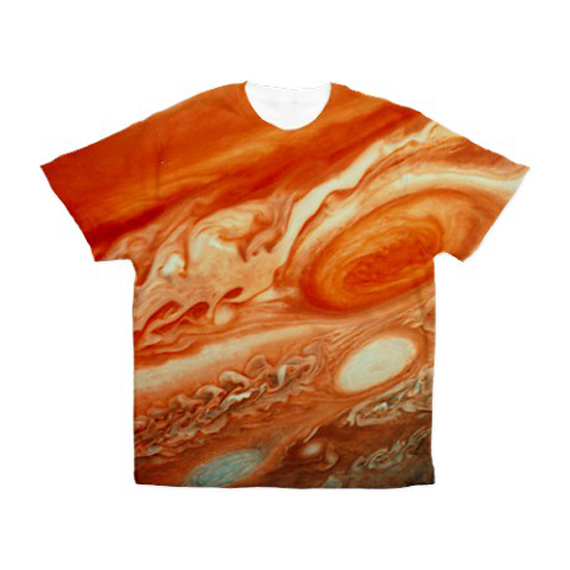