It looks like the long-accepted explanation that termites are the cause of fairy circles in the arid grasslands of Namibia in southern Africa may have been proven to be a fairy tale.

The term “fairy circles,” “fairy rings” and “elf circles” have traditionally been used to describe naturally occurring rings of mushrooms that can be as wide as 33 feet in diameter and, as expected, have a number of European folk tales to explain them. Scientists believe the ring of mushrooms is actually one large fungus under the soil. Folklore blames it on witches dancing or the devil using the circle for his milk churn.

The fairy circles in Namibia are a different kind. The interior of these are barren, but the perimeter is a growth of lush grass which holds it shape for years - small ones grow for an average of 24 years while larger ones, measuring up to 60 feet, have been seen for as long as 75 years. The generally accepted cause is not mystical – a study last year came to the conclusion that Psammotermes allocerusa, a species of sand termite, lived in the patches and ate the grass roots.

Stephan Getzin, of the Helmholtz Centre for Environmental Research (UFZ) in Leipzig, Germany, recently completed a new study, published in the journal Ecography, that exterminates the termites. Using aerial views, his team mapped the circles and found the spatial distribution to be surprisingly regular and homogenous, patterns that those haphazard termites would never make. This is more likely to be caused by a competition by vegetation for scarce water and nutrients, which self-organizes into regularly-spaced patterns. Computer simulation of below-ground competition for resources confirmed this conclusion by generating nearly identical patterns.

Needless to say, the termites are disappointed and have filed formal complaints. 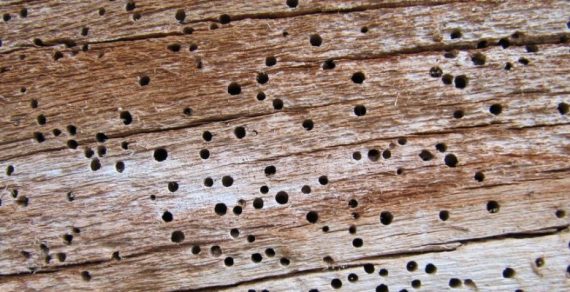 This Viral Video Could Make A Storm-Watcher Out of Anyone