It's hardly surprising that in the aftermath of pilot Kenneth Arnold's now-historic UFO encounter in the summer of 1947 (near Mount Rainier in the Cascade Mountains, Washington State), the theories put forward for what lay at the heart of the flying saucer phenomenon were many and varied. Secret weapons of the Russians, visitors from other worlds, or the results of classified American government programs were discussed - by the public, the U.S. military, and the media, all to varying degrees.

One particularly fascinating scenario for the sudden appearance of  UFOs in the Earth's skies was brought to the attention of officialdom by a little-known, but well-respected, source. His name was Edwin M. Bailey.

In the summer of 1947, Bailey was living in Stamford, Connecticut. At the time, he was working in the Physics Division of the American Cyanamid Research Laboratories on West Main Street. In the 1970s, the American Cyanamid Company was one of the United States' top 100 manufacturing companies. Its output included antibiotics, vaccines, industrial chemicals, pesticides, and acrylic plastics.

Far more notable is the fact that at the height of the Second World War, Bailey worked at the Massachusetts Institute of Technology (MIT), in Cambridge, Massachusetts. Not only that, the specific branch of MIT to which Bailey was assigned was the Radiation Laboratory. It was a body that played an important role in the development of the atomic bomb, under the overall control of the Manhattan Project. On top of that, Bailey had graduated at the University of Arizona. 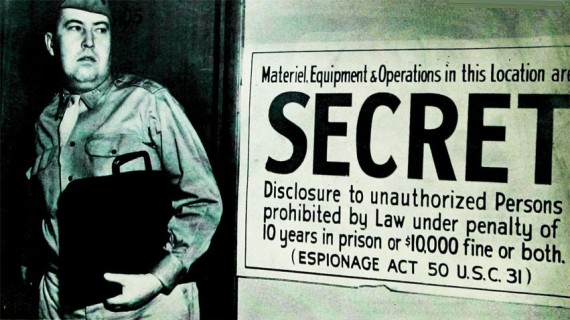 In other words, Bailey was no fool. And he was certainly not a wild-eyed fantasist either. He was a man with his feet firmly on the ground and his mind on the development of groundbreaking technologies and products. So, when Bailey spoke out about UFOs, people listened. Amongst them were the FBI.

Shortly after the news of Kenneth Arnold's encounter of June 24, 1947 hit the headlines, Bailey contacted the FBI, in somewhat concerned fashion. Interestingly, Bailey had a story to tell that dated back to 1945, specifically after the end of the Second World War. As the FBI noted:

"Bailey remarked that immediately after the conclusion of World War II, a friend of his [Note from Nick: a person whose name is deleted from the files that have surfaced via the  Freedom of Information Act] allegedly observed the 'flying saucers' from an observatory in Milan and Bologna, Italy."

Very likely, Bailey was referring, in part, to the Astronomical Observatory of the University of Bologna, which was built in 1936.

Bailey added, said the FBI: "...apparently at the time the 'flying saucers' had caused a little comment in Italy but that after some little publicity they immediately died out as public interest."

This, alone, is interesting: if Bailey was not speaking in error, then it's entirely possible that a still-unknown wave of UFO activity may have briefly hit Italy around two years before Kenneth Arnold's encounter even occurred. It was, however, what Bailey had to say next that really stood out. 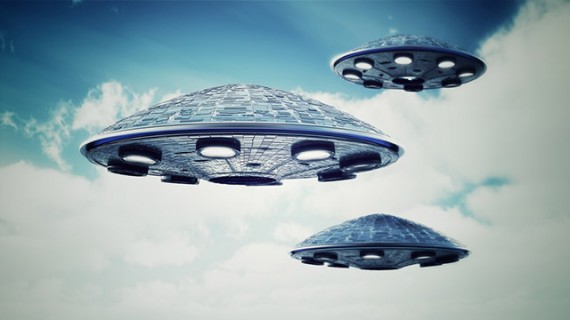 The FBI recorded in its files the following:

“Bailey stated that the topic of ‘flying saucers’ had caused considerable comment and concern to the present day scientists and indicated that he himself had a personal theory concerning the ‘flying saucers.'"

As to the specific nature of that theory, it was, to say the least, grim. The FBI noted: "Bailey stated that it is quite possible that actually the ‘flying saucers’ could be radio controlled germ bombs or atom bombs which are circling the orbit of the earth and which could be controlled by radio and directed to land on any designated target at the specific desire of the agency or country operating the bombs.”

The files do not reflect which "agency" or "country" Bailey had his worries about, although I suspect - and consider it logical - that he was focusing on the former Soviet Union. Precisely where he got the idea of "germ bombs" from, is anyone's guess. However, the fact that the American Cyanamid Company- which Bailey worked for - produced vaccines, antibiotics and pharmaceuticals, makes me wonder if this had a bearing on Bailey's particular train of thought.

And, doubtless , his references to, and concerns regarding, radio-controlled atomic bombs was surely born out of his time spent attached to the Manhattan Project, during the Second World War.

While Bailey's fears - that a hostile force would unleash a fleet of flying saucers to drop deadly atomic weapons, or equally deadly germs, on the American population - thankfully did not come to pass, it must be said that he had clearly given such a scenario a great deal of thought, and to the extent that he felt it was his duty to contact the FBI.

Perhaps this was all Bailey's personal, wild theory and nothing else. On the other hand, maybe he had contacts who knew more - and who feared more, too. After all, let's not forget that Bailey told the FBI that the flying saucer phenomenon had "caused considerable comment and concern to the present day scientists."

Who those scientists might have been remains unknown. Fellow colleagues from MIT perhaps? Those that worked on the Manhattan Project? Maybe we shouldn't rule out such possibilities...

The Mysterious Suicide Forest of Japan