Born in 1909, Barry Morris Goldwater served as a Major-General in the U.S. Air Force, a Senator for Arizona, the Chairman of the U.S. Government’s Senate Intelligence Committee, and the Republican Party’s nominee for President of the United States in the 1964 election. Indeed, it was on May 2, 1964 - 50 years ago this very week - that Goldwater received no less than 75 percent of the vote in the Texas Republican Presidential primary. 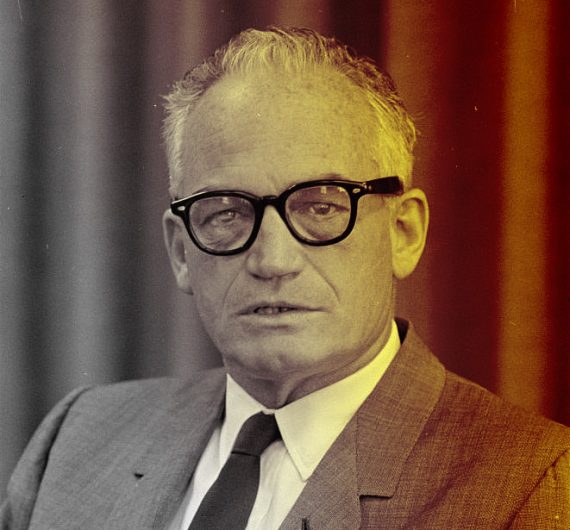 Had Goldwater won the election (he lost it to Lyndon B. Johnson), it's not at all out of the question that we might, by now, have in our possession the full and unexpurgated facts concerning what the world of officialdom really knows about the UFO phenomenon.

Goldwater had a fascination for the UFO issue, and, throughout his life and career, made more than a few notable comments and observations on the subject. The bulk of them revolved around his attempts to determine the truth about longstanding rumors that something of a UFO nature (and something of deep significance, too) was secretly held at Wright-Patterson Air Force Base, Dayton, Ohio. The location of whatever this "something" may have been has variously been termed as "Hangar 18" and the "Blue Room."

“The subject of UFOs is one that has interested me for some long time. About ten or twelve years ago I made an effort to find out what was in the building at Wright-Patterson Air Force Base where the information is stored that has been collected by the Air Force, and I was understandably denied this request. It is still classified above Top Secret.”

Goldwater continued to Arnon: "I have, however, heard that there is a plan under way to release some, if not all, of this material in the near future. I'm just as anxious to see this material as you are, and I hope we will not have to wait much longer."

Well, it’s certainly not every day you receive in the mail a letter like that – and from a U.S. senator and a presidential-nominee! Unless, that is, the subject-matter of the letter left a deep, lasting impression upon that same senator and nominee, which it clearly did.

Needless to say, the UFO research community sat up and took notice of Goldwater's words.

In 1979, Goldwater made another comment on this particularly intriguing issue, this time to UFO investigator Lee Graham. Goldwater told Graham: "It is true I was denied access to a facility at Wright-Patterson. Because I never got in, I can't tell you what was inside. We both know about the rumors."

In October 1981, Graham received another letter from Goldwater. It read:

"First, let me tell you that I have long ago given up acquiring access to the so-called blue room at Wright-Patterson, as I have had one long string of denials from chief after chief, so I have given up. In answer to your questions, one is essentially correct. I don't know of anyone who has access to the blue room, nor am I aware of its contents and I am not aware of anything having been relocated."

Very significantly, Goldwater added: "To tell you the truth, Mr. Graham, this thing has gotten so highly classified, even though I will admit there is a lot of it that has been released, it is just impossible to get anything on it."

And, as the years progressed, so did Goldwater's comments on what, of a UFO nature, might be held somewhere at Wright-Patterson AFB.

On more than a few occasions, the subject of UFOs featured heavily on Larry King Live. On one occasion, specifically in 1994, the person that King had on his show to talk about UFOs was none other than Goldwater himself, who told King:

"I think at Wright-Patterson, if you could get into certain places, you’d find out what the Air Force and the government does know about UFOs. Reportedly, a spaceship landed. It was all hushed up. I called Curtis LeMay and I said, ‘General, I know we have a room at Wright-Patterson where you put all this secret stuff. Could I go in there?’ I’ve never heard General LeMay get mad, but he got madder than hell at me, cussed me out, and said, ‘Don’t ever ask me that question again!’"

It's interesting that, over the years, many UFO researchers have commented on the run-in that Goldwater had with General Lemay. But, Goldwater's words to Lee Graham, in which he - Goldwater - referred to "one long string of denials from chief after chief," suggests Goldwater did not let the matter drop. In fact, Goldwater's words strongly imply he kept pushing and pushing for answers, despite Lemay's warnings to leave things alone. They were answers that never, ever came. 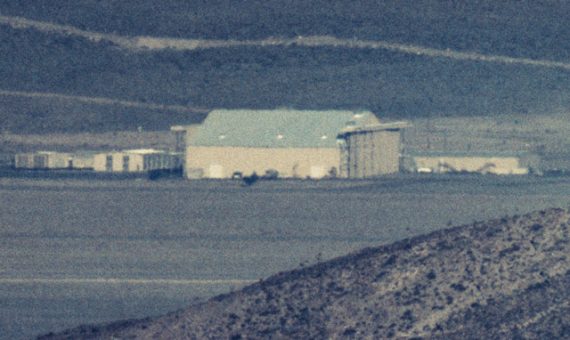 And if none other than someone who was a Major-General in the Air Force, a Senator for Arizona, the Chairman of the U.S. Government’s Senate Intelligence Committee, and the Republican Party’s nominee for President of the United States in the 1964 election, can't get the answers to the Blue Room/Hangar 18 rumors, what chance do the rest of us have?

The answer is not much of a chance at all.

If, however, the outcome of the 1964 presidential election had been very different, and if the events of May 2, 1964 had led to Goldwater becoming President of the United States, I don't think it's out of the question (at all) that Goldwater - as the newly-elected Commander in Chief - would have demanded access to what was really held on, in, or even under, Wright-Pat.

In another reality, 1964 could have been the year in which the world learned we are not alone...

Can You Tell You’re Being Lied To?