For twelve weeks after the events chronicled officially with the Admiralty, sightings of the unknown light continued on a regular basis and prompted Lt. Col. Drury to submit a Confidential message to his superiors. Titled ABNORMAL LIGHTS ON DARTMOOR, it states:

"With a view to detecting the origin of the above (and especially of the 'floating light') I have recently submitted a scheme, which has been approved by the C.O.C., for rounding up one of the most active areas of the Moor at night. This scheme can only be carried into effect under certain conditions, for which I am writing. Meanwhile, and as an essential preliminary measure, I am awaiting the sanction of the War Office to my application to have certain correspondence in that area secretly examined. The application which was made a month ago, has been recently renewed, but no reply has so far been received."

Currently accessible documentation relating to these events shows that whatever the true nature of the strange aerial lights of Dartmoor, the matter was never fully resolved to everyone's satisfaction. Were they the result of the actions of the "40 un-naturalized Germans of Military age" at Buckfast Abbey or was something far stranger occurring? 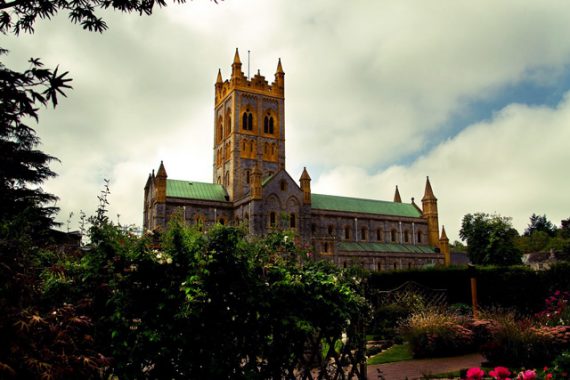 No evidence has surfaced in the National Archives to suggest that this was the work of the Germans. The investigators David Clarke and Granville Oldroyd, however, have suggested the possibility that such phenomena may be "earthlight" or "spooklight"-type anomalies.

As Clarke and Oldroyd noted (in a paper for the book UFOs 1947-1987), at least some of these objects "are plasma-like blobs of energy created by frictional discharges from rocks in zones of geological faulting. In this way spooklights are 'created' by electromagnetic leakage from the strain generated in fault-lines during the period leading up to an earth tremor."

This theory does have its merits. There are, indeed, numerous accounts on record where unknown aerial objects have been seen time and again in areas with a reputation for being geologically unstable. It is also the case that a number of  earth tremors have occurred in Devon over the course of the last one hundred years - as have other sightings of unknown aerial lights.

In 1932, an incident with very similar overtones to those of 1915 occurred near the River Torridge, North Devon. From the archives of the Western Morning News, comes the following account titled "Will O' the Wisp?" It reads:

"Sir. A few nights ago, another man I were, one dark November night, at about eleven o'clock, on a hillside near the River Torridge far from any road, footpath or house. We were long-netting rabbits. Between us and the river lay a stretch of marshy ground, perhaps one hundred yards wide. On the other side of the river the ground rose abruptly covered in timber. Suddenly, we saw quite near us apparently about fifty feet above the marsh, an oblong object floating in the air. 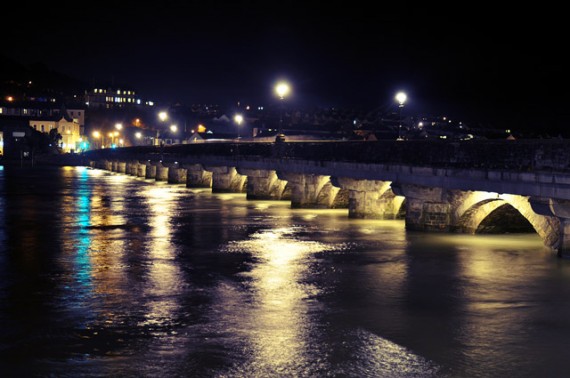 "I cannot describe it better than saying that it looked like a conglomeration of very dim stars. It appeared to be about three feet by two feet in size and was clearly outlined against the dark background of the opposite hillside. It sailed about with a sort of circular motion, something like a swallow hawking over a pond. For five minutes or so, we watched it as it swept around in ever-widening circles; finally, it sailed off up the river and we saw it no more. I have sent this letter, before forwarding it to you, to the man who was with me at the time, and he corroborates all that I have said."

In response to the account that appeared in the Western Morning News, one E.E. Rudd of Torrington asserted that: "Sir, 'Jack' does not dance fifty feet above the ground. You will not see him on a dark November night, neither does he move with a circular motion. As a youth, I was lucky to see a superb display over some bogland on our common. This land has since been reclaimed and cultivated. What [the writer] and his companion saw was a white owl."

The idea that the witness had been fooled by something so mundane as an owl is, of course, absurd.

"Earthlights" and "spooklights" do seem to be  real phenomena; however, there is one major problem that surfaces time and time again when one tries to apply this explanation to the 1915 events: a study of the Admiralty's official reports, leaves the reader with little doubt that the lights were under some form of intelligent control.

For example, according to the paperwork currently in hand, Mrs. Cave-Penny and her daughter had seen on what was described as "several occasions," a bright white light "rise from a point a few hundred yards to the Eastward of the mine, swing across the valley to about the same distance west of it, and disappear." Whatever the true nature of this particularly unusual phenomenon, the description creates images of something undertaking very precise - rather than random - movements on repeated occasions and from the exact same location.

Similarly, the testimony of Mrs. Whitley of Boston Pines referred to repeated encounters with the strange light "immediately above" a belt of fir trees on her property. Once more, this suggests the presence of a type of aerial phenomena that was undertaking a preplanned reconnaissance of the area by way of an already-established route. In other words, there was demonstrable evidence that intelligence lay behind the mysterious light.

Nearly a century later, it seems highly improbable that this strange affair will ever be truly resolved. Of one thing we can be certain, however: unusual aerial phenomena was highly active in the UK almost a century ago and Britain's military was keeping a close and concerned watch on the situation.

Magic Mushrooms Can Open a Person to More Openness