On February 6, 1966, a Mr. Jose Pena was said to have observed the flight of a large, white-colored flying saucer over Madrid, Spain. The UFO reportedly displayed a strange, prominent symbol on its underside. A similar craft, displaying the very same symbol, was supposedly seen in May 1967, in a suburb of Madrid, and quickly photographed.

Such is the controversial nature of so many UFO-themed photos, it scarcely needs mentioning that the imagery remains highly inflammatory (despite having been shown to be a hoax) and is both championed and denounced.

Particularly intriguing is the fact that the controversy did not fade away. Actually, quite the opposite: it flourished for years. And thus was born the cult of UMMO - named after the planet from which the UFOs and their alien occupants supposedly originated.

One of those that dug deep into the matter of the UMMO controversy was the late Jim Keith, the author of such books as Saucers of the Illuminati, Black Helicopters Over America, and - with Kenn Thomas - The Octopus.

In his Casebook on the Men in Black book, Keith stated: "The UMMO case was created through a large number of contacts - UFO sightings, personal contacts, messages through the mail and telephone - alleged to be from space brothers from the planet UMMO," which, Keith added, was said to be "...located 14.6 light years from our solar system."

Keith continued that much of the UMMO material was comprised of "...six-to-ten page letters containing diagrams and equations, delineating UMMO science and philosophy. Differing from most channeled and beamed by space beings, they were scientifically savvy, although according to Jacques Vallee, smacked more of Euro sci-fi than superior extraterrestrial knowledge."

But was the UMMO saga really evidence that extraterrestrials were amongst us? According to Jim Keith, the answer was: No. Keith cited the words of a Spanish journalist named Manuel Carballal. It was Carballal, Keith said, who wrote that researchers Cales Berche, Jose J. Montejo and Javier Sierra had identified a well-known Spanish parapsychologist - who turned out to be none other than the aforementioned Jose Pena - as being the originator of the UMMO material.

Jim Keith expanded on this and stated that Pena "...is later reported to have admitted his creation of the complex hoax, stating that it had been a 'scientific experiment' aimed at testing the gullibility factor amongst Spanish UFO researchers."

Notably, there were those who postulated that the story got even weirder and wilder, to the extent that the original UMMO hoax was, later, ingeniously hijacked and expanded upon by certain official intelligence  services (chiefly, the KGB)!

The scenario involved Intel-based personnel exploiting the original hoax as a cover for the dissemination of psychological warfare within the public UFO research community, as well as a means to secretly infiltrate and manipulate that same community to gather information.

Jacques Vallee noted of UMMO that "...some of the data that was supposedly channeled from the UMMO organization in the sky was very advanced cosmology." Vallee added that portions of the material "...came straight out of the notes" of none other than Andrei Sakharov, including certain, "...unpublished notes." Vallee commented further that there was a degree of thought suggesting "...somebody had to have access to those notes, to inspire those messages, perhaps the KGB."

Andrei Sakharov - who died in 1989 - was a scientist who played an instrumental role in the development of the Soviet Union's hydrogen bomb program. However, he ultimately became, in the words of the Nobel Peace Committee, a spokesperson for the conscience of mankind. Indeed, in 1975 Sakharov was awarded the prestigious Nobel Peace Prize.

That the KGB might have decided to use the UMMO affair to its own, secret advantage, and to try and infiltrate and manipulate Ufology, is not so strange at all. 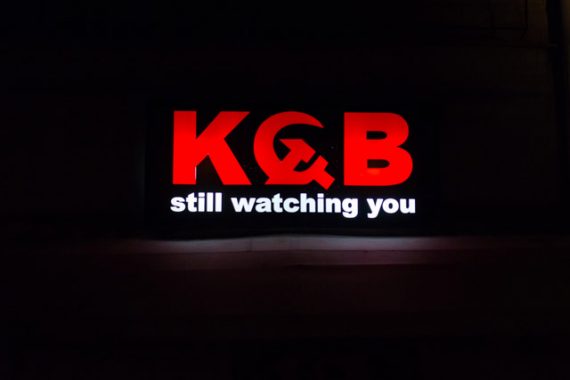 In 1953, the Robertson Panel - a select group of consultants brought together by the CIA to look at the national security implications of the UFO issue - recommended that a number of public UFO investigative groups that existed at the time, such as Civilian Flying Saucer Investigators (CFSI) and the Aerial Phenomena Research Organization (APRO), should be watched carefully due to "...the apparent irresponsibility and the possible use of such groups for subversive purposes."

A very similar thing may have occurred in the UK, too, back in the 1970s.

One of the most controversial of all UFO-themed sagas in the UK is that concerning an alleged UFO crash on the Berwyn Mountains, North Wales, in January 1974. Andy Roberts - the author of the book, UFO Down? - notes: "The claim was that a UFO piloted by extraterrestrials crashed, or was shot down, on the mountain known as Cader Berwyn and that the alien crew, some still alive, were whisked off to a secret military installation in the south of England for study."

Andy continued: "Within months of the event, UFO investigators in the north of England began to receive official-looking documents from a group called the Aerial Phenomena Enquiry Network (APEN). These documents claimed that an extraterrestrial craft had come down on the Berwyns and was retrieved for study by an APEN crash retrieval team [that] had been on the scene within hours of the event."

And as Andy also noted: "Some researchers have speculated that APEN may have been part of a government cover up, using UFO mythology to spread disinformation."

Such a scenario is not impossible: there's little doubt that APEN's clandestine correspondence and contact with the UK UFO research community of the mid-1970s was specifically designed to manipulate and destabilize the field.

Someone who dug very deeply into the APEN saga - and the attendant rumors that the group was some form of shadowy, quasi-official body - was Jenny Randles. I interviewed Jenny extensively - back in 1997 - about her memories on the APEN affair and she told me:

"At about the same time as [the Berwyns incident] occurred, I was involved in setting up an organization known as the Northern UFO Network, or NUFON. The original concept of NUFON was to be kind of a liaison scheme to bring local groups up and down the North and the Midlands together."

There were those, apparently, that didn't want such a liaison scheme to go ahead. And who were they? None other than APEN, as Jenny told me:

“You do have to wonder if some of the sinister things that [APEN] did would really have been perpetrated just for the sake of it. I think that the most serious aspect was that it did attempt to destabilize NUFON. I’ve no doubt whatsoever that that was the case."

Jenny also noted to me: "At the time, when BUFORA were attempting a similar initiative - trying to bring in local groups, a group liaison system that they operated – they also started to get similar APEN letters, basically telling them not to contact BUFORA. And also in the late seventies, when BUFORA, through their then-chairman, Roger Stanway, attempted a direct liaison with Flying Saucer Review, exactly the same thing happened vis-à-vis Flying Saucer Review."

While the true nature of APEN - whether government manipulators, eccentric UFO researchers with far too much time on their hands, or possibly even right-wing extremists (an interesting theory that does have some merit) - remains a matter of debate, the angle of them screwing with British Ufology is not open to debate. It's a fact: they were malicious, manipulative and at times even dangerous.

Yes, there is without doubt a real UFO phenomenon of unknown origins. But, it's a phenomenon that, for decades, has been used (and probably still is used) by certain shadowy characters and groups that wish to exert control and influence over the community that investigates the phenomenon. That's us, of course.