Transylvania may have the history and Sunnydale had Buffy, but it appears Kamien Pomorski in northwestern Poland is fast becoming Vampire Central after the recent discovery of yet another vampire grave, this one in a marketplace in the West Pomeranian Province.

The body was found buried in what was once a cemetery next to a Kamien Pomorski church by a team led by Slawomir Gorka. The cemetery was used between the 13th and 17th centuries. It appears that the teeth had been removed and a rock or brick was placed in the mouth in the belief that it would prevent the suspected vampire from biting anyone. There was also a puncture wound in the leg which is a common sign that the body had been staked to the ground to keep it from leaving the grave.

These bones appear to date back to the 16th century and this is not the first suspected vampire grave found in the area. In July 2013, seven bodies were uncovered at a construction site near the town of Gliwice in what appeared to be a vampire burial because the heads had been removed and placed on the legs.

Vampire legends are common in the Slavic cultures like the Poles and Romanians. Many of the beliefs can be traced to the time of the Black Death when graves were reopened for additional burials and corpses were found with blood seeping out of the mouth, teeth exposed and holes in the shroud due to decomposition. Without medical and scientific knowledge about illness and death, vampirism became the reason, causing unreasonable fears and the sometimes horrific treatment of the sick and mentally ill.

It’s a good thing we know better today … don’t we? 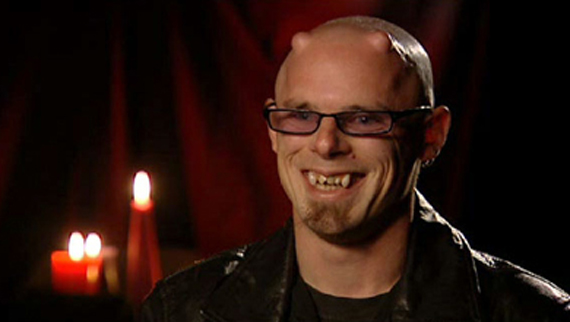