A Fictional Character Come to Life?

The Slenderman. This tall, faceless figure, its frame disturbingly thin in its black suit, stalks children, and abducts them for its demonic pleasures. The Slenderman is fiction, created in 2009 for the humor website “Something Awful,” but sometimes fiction can become reality, at least to those who believe.

Two twelve-year-old Waukesha, Wisconsin, girls stabbed their twelve-year-old friend nineteen times 31 May, so they could gain the favor of the Slenderman. The girls, Morgan E. Geyser and Anissa E. Weier, began reading about the Slenderman online and became obsessed. According to the Milwaukee Journal Sentinel, Weier claims the Slenderman is the "leader of Creepypasta, and in the hierarchy of that world, one must kill to show dedication.” Weier and Geyser wanted to kill their friend to show they were “worthy” of this demonic entity. Both the girls were aware most people knew this creature was fictional, but wanted to prove them wrong. Creepypasta is a website dedicated to horror and the paranormal.

According to the criminal complaint, Weier told an investigator they began planning to kill their friend in December. Geyser told police they decided to kill their friend so they could become “proxies” of the Slenderman, who would let them live with him in his mansion in a national forest in northern Wisconsin. They had backpacks ready, and planned to hike to the forest after the killing. 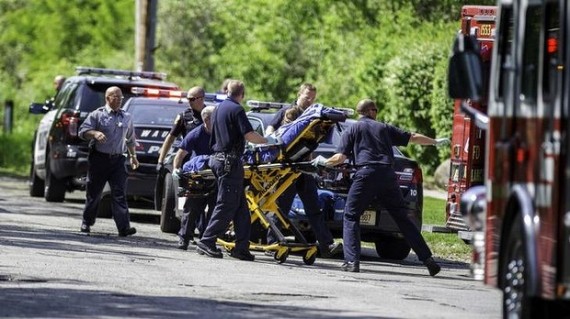 During a Saturday morning game of hide-and-seek in a park, Geyser produced a knife and began stabbing the victim while Weier yelled, “go ballistic, go crazy," according to the Journal Sentinel. Then they just walked off, leaving the girl bleeding in the park. The victim, who was not named, crawled to a road and bicyclists called authorities. The girl is in hospital in stable condition.

The “proxies” of the Slenderman, who had planned to run away from home to join this fictional being, are being charged as adults, and face first-degree attempted homicide.

Pastor Robin Swope, of St. Paul's United Church of Christ Erie, Pennsylvania, is author of the book “Slenderman: From fiction to fact.” The book explores real encounters people claimed to have with the Slenderman, and if these manifestations may be an ancient demonic force that have taken the appearance of the fictional entity. Although Swope has never heard of someone being a Slenderman proxie, he said it’s difficult to understand why someone would chose to kill their friend for any reason. “If it was Slenderman or a demonic entity then why didn't they go for help?” Swope said. “It could be they were in such a hysteria from an actual demonic encounter that they were not thinking, but I think in reality it is either a mental health issue or they used Slenderman as a scapegoat.”

According to an Associated Press story, one of the girls (unnamed) claimed the Slenderman watched over her in her dreams, and communicated with her. 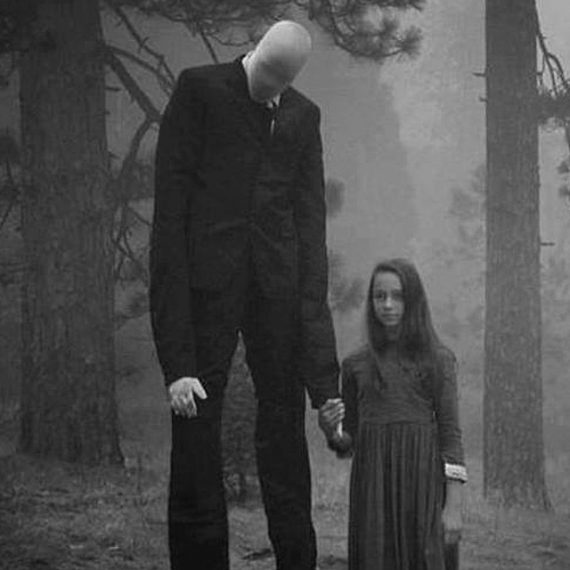 Although the reality of the Slenderman in the Wisconsin case is from the words of two twelve-year-olds, there are documented cases that claim to have brought fiction into the realm of reality. The most famous of which is The Philip Experiment.

A Canadian doctor, Dr. A.R.G. Owen, conducted the Philip Experiment in 1972 to test his hypothesis that ghosts are simply created by the minds of whoever sees them. Owen formed a group that would regularly meet to think about a fictional spirit named Philip Aylesford. Philip was given a complete biography to help the group form an image of the spirit. Months into this study, Philip began to communicate with the group with knocks; once for “yes,” twice for “no.” Many consider the Philip Experiment a hoax.

However, the question remains, can the human mind turn fiction into reality?