If you’ve been climbing the walls waiting for a chance to climb walls like Spider-Man, your wait is over. DARPA (Defense Advanced Research Projects Agency), the nerds at the U.S. Department of Defense, announced that its Z-Man program has successfully developed what it calls

In other words, sticky feet.

OK, insiders know that the first demonstration took place over two years ago in February 2012 but DARPA is just now getting around to announcing it to the public – they may be nerds but they’re still secretive government ones. The demonstration was done by a man wearing paddles covered with “Geckskin.” Named after those other famous wall-climbers – geckos – Geckskin is described as:

… synthetically fabricated reversible adhesive inspired by the gecko's ability to climb surfaces of various materials and roughness, including smooth surfaces like glass.

The polymer microstructure technology was developed for DARPA by Draper Laboratory of Cambridge, Mass. Using the Geckskin-covered hand-held paddles, the 218-pound test climber went up and down 25 feet of glass while carrying a 50-pound load. No word on whether he did it without a net or a web.

Any geckos reading this will be quick to sneer that their feet can achieve adhesive pressures of between 15 and 30 pounds per square inch per limb, which means it can suspend the entire weight of its body from one toe using van der Waals forces, a magnetic attraction between atoms.

So far, the Geckskin paddles are hand-held only, which limits the usage to Spider-Men and Gecko-Girls (the title of my new graphic novel) with heavy-duty upper-body strength. While they’re being developed for the battlefield, researchers at the Draper Lab see plenty of future medical, industrial and consumer applications. 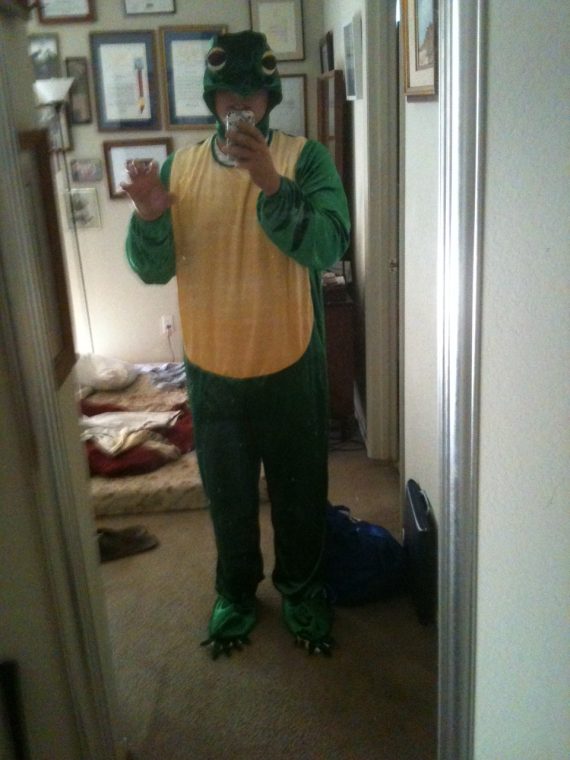 What Does Free Will Do?