Today’s world is a complicated one.  Even the smartest of us is hard pressed to understand the multifarious workings of human society.  There are as many causes for events, behaviours, and ideas, as there are people in the world – which, according to the Geohive global population calculator is currently 7,236,100,007.  That makes for some serious variation in experience.

It would be silly to expect every one of those seven-billion-plus people to agree…on anything.  Surprisingly, we do actually agree on quite a bit, with a small margin for error.  Certain moral standards, trade values, the nature and importance of some customs.  But on the vast majority of issues in this world, we disagree; and boy do we disagree.

The outcome of those disagreements are sometimes unfortunate, sometimes violent, and sometimes deadly; but more often than not, we’re able to agree to disagree.  All of that disagreement though, presents itself as an entire culture unto itself.  Conspiracy culture. 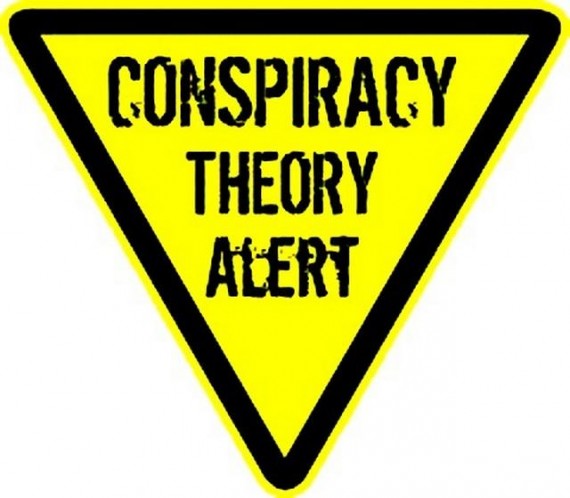 There are those who dismiss conspiracy culture as a childish feature of the internet.  Others see it as simple antiestablishmentism, or even rebellion.  But in truth, conspiracy culture is a very real part of human society.  Everyone participates…everyone.  And we likely have since the birth of human society.  We may not all take on the role of conspiracy theorist, but we’ve all heard of and read many of the theories that circulate, and we all have an opinion on them.  Some people limit their participation to simple acknowledgement that the theories exist, others lend them a small amount of sympathy.  Still others join in for spirited debate of the central issues, while others yet make it their life’s purpose to expose the truth, whatever that may be.

The moniker ‘conspiracy theorist’ brings with it a certain stigma, but in truth, each and every one of us deserves that title in some small way.  Of course, some theories are a little further out there than others.  It’s one thing to doubt the official story of the JFK assassination, after all, there’s a lot we don’t know about what happened that day.  It’s a whole other thing though, to question the entirety of academic knowledge in the realms of say, physics, or biology, or history.  But make no mistake, many people do.

There is an entire sector of conspiracy culture focused on what’s known as alternative history (also known as revisionist history).  That is precisely what it sounds like; folks who look at our collective past and declare ‘that’s not how it happened!’  The alternative history title covers a huge amount of material, from ancient aliens, Atlantis, biblical history, and planetary science; to Shakespeare, and war history.  If it happened at some point in the past, then someone, somewhere, thinks it happened differently than the establishment says it did.

Most often this disparity manifests as the claim that the history books have left out something important.  It’s often said that history is written by the victors, and the obvious logic in that can hardly be denied.  A dead enemy can’t defend his ideologies.  A great many people are vociferous in their belief that our pre-history is far better known by academics than is generally thought, and in that hidden knowledge lays the truth of countless lost civilizations and technologies.  In some rare cases though, the conspiracy theorist asserts pretty much the exact opposite.

Little known German historian, writer, and publisher, Heribert Illig is perhaps one of the most eccentric conspiracy theorists out there.  He developed the Phantom Time Theory in the late 1980’s and early 1990’s, eventually elucidating his ideas in several books, none of which has yet been translated to English.  The Phantom Time Theory says that the years AD 614 through 911, a period commonly known in standard history as the Early Middle Ages, never happened.  Get a grip on those words before moving on.  Illig says that the Middle Ages – a period that includes the collapse of the Roman Empire, the rise of Islam, the rise (and fall) of the Byzantine Empire, and the Viking Age, among other foundational epochs – didn’t happen, and were at some point made up by the academic establishment, through a series of blunders and a heavy reliance on antique documents, which he believes are unreliable.

The basis of his theory is the discrepancies between the Julian calendar and the current Gregorian calendar.The Julian calendar, introduced by Julius Caesar, was long known to introduce a discrepancy from the tropical year of around one day for each century that the calendar was in use. By the time the Gregorian calendar was introduced in AD 1582, Illig alleges that the old Julian calendar "should" have produced a discrepancy of thirteen days between it and the real (or tropical) calendar. Instead, the astronomers and mathematicians working for Pope Gregory had found that the civil calendar needed to be adjusted by only ten days. From this, Illig concludes that the AD era had counted roughly three centuries which never existed.

He also cites a lack of archaeological evidence for the events thought to have occurred during that time, as well as the presence of Romanesque architecture in tenth-century Europe.

Illig claims, most ardently, that the entire Carolingian period, including the existence of Charlemagne, was a fabrication instigated by Otto III, during his campaign against the Byzantine Empire and his successful quest to become the King of Italy and, in turn, the Holy Roman Emperor.

As you may imagine, however, the historical community does not support Illig’s theory.

All of his claims have been satisfactorily debunked, at least, satisfactory for most.  Mathematicians and historians point out that the discrepancies between the Julian and Gregorian calendars are easily explained by simply acknowledging that the Gregorian reform was never intended to bring it in line with the Julian calendar, and was instead aligned with a proclamation of the Council of Nicaea, which was intended to fix the date of Easter in the new Calendar.

He does have supporters though, and not all of them are crackpots.  Expert in American and European politics and history, Dr. Philipp Kneis, expounds on his personal website:[1]

“That Charlemagne was a magician, himself barely literate, creating an empire out of nowhere, creating culturally highest forms [sic], like his Palatine Chapel, quasi out of nowhere, and with no real precursors, with everything coming after him being not quite so elaborate, and most obviously, his reign coming out of nowhere and going nowhere. The evidence Illig quotes to illustrate the absurdities in both the common and the academic understanding of Charlemagne is so striking that it does need further attention.”

Kneis states outright that he doesn’t believe Illig is correct, but in contrast to many in the academic establishment, he sees value in the exercise of understanding how Illig came to these conclusions, and in determining if there is in fact any merit to any of the smaller details.

“Thus any thesis, however strange and perhaps not being academic itself, or coming from an outsider - can be as valuable as any other, the failure comes not with the thesis as such, it comes with the ignorance that just dismisses possibly valid points for discussion on the grounds of some secondary doubts and due to a traditional look on things.”

Conspiracy theories and their proponents often get maligned as crackpots, weirdos, outsiders, nut jobs, etcetera, etcetera.  And while some of them might be exactly that ridiculous, it benefits no one to dismiss their ideas out of hand without first examining the evidence to determine if there might be some truth to it.  Even when the ideas are patently silly, quashing independent, out-of-the-box thinking, and creative perspectives to traditionally stoic issues is exactly the wrong way to approach the situation.  Rational, logical examination, followed by calm, open discourse is the only way to navigate these muddy waters.

SETI from the Top Down