If We Don’t Help the Honeybees, Maybe Venomous Spiders Will

Where would we be without honeybees? The thought is too scary to contemplate, and yet we must - every time we walk through a grocery store produce section, give flowers to a loved one or take a deep breath of spring air. Sorry, allergy sufferers, the battle for the bees is bigger than your bronchial tubes. It’s bigger than all of us humans since, as Tom Head has informed us here, the general scientific consensus is that our neonicotinoid pesticides are killing the bees and, outside of bans by the European Union and Eugene, Oregon, we’re not doing much to help. Fortunately, venomous spiders have the bees’ backs.

Researchers at Newcastle University in England used the venom from the Australian funnel web spider and a protein from a snowdrop plant to create a biopesticide that is effective and, most importantly, not harmful to adult bees nor their larvae. A report on their work has just been published in the journal Proceedings of the Royal Society B.

Bees were exposed to large doses of the spider venom biopesticide over a period of seven days and showed no signs of the confusion or loss of memory which are symptoms of exposure to neonicotinoid pesticides that have resulted in colony collapse. In addition, the venom-snowdrop mix is an oral pesticide, so it must be eaten rather than be absorbed through the insect’s exoskeleton like other toxins.

While the funnel web spider’s venom can be fatal to humans unless treated with anti-venom, the biopesticide is safe, not that the bees care at this point.

Unfortunately, this is only a partial solution. Professor Angharad Gatehouse, a supervisor on the project, stresses this in the report.

There isn't going to be one silver bullet. What we need is an integrated pest management strategy and insect-specific pesticides will be just one part of that.

The funnel web spider has done its part. Now it’s time to do ours. 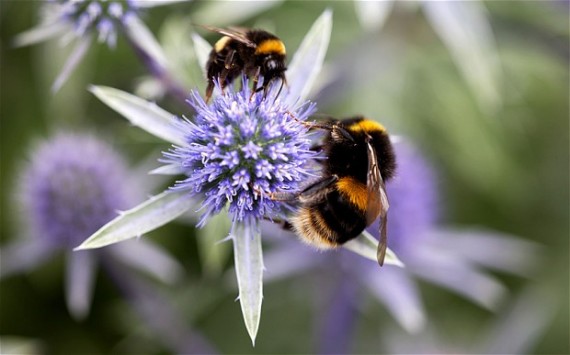