Last year I took a look at 'The Poltergeist Curse', perhaps one of Hollywood's most compelling and mysterious cases for paranormal intervention. Of course there are many more urban legends and myths out there, often as interesting and almost always as inextricable from cinephile forums and online discussions as the films themselves. Let's take a look at three more.

The lightweight but likeable Ted Danson, Tom Selleck and Steve Guttenberg vehicle 'Three Men and a Baby' (somewhat surprisingly directed by Leonard Nimoy) ruled the box office in 1987, grossing $167 million domestically and spawning a 1990 sequel, 'Three Men and a Little Lady'. Over the years the film has come to be regarded as little more than a cheesy relic of its time (despite rumors of a belated third installment being in development). In fact it's arguable that the associated 'dead boy's ghost' urban legend has become better known than the film itself. In brief, during one scene in which Ted Danson's character of Jack, also an actor, converses and wanders his apartment with his mother (Celeste Holm), who is holding the titular baby. During one brief moment she appears to pass by a rifle, and later in the same scene, the clear shape of a boy or man staring out from behind the curtains. Mythmakers and rumor-mongers swiftly pounced on this detail with the advent of the film's home video release, and word quickly spread that the apartment in which that and many of the film's scenes took place was the site of a young boy's suicide by gunshot. 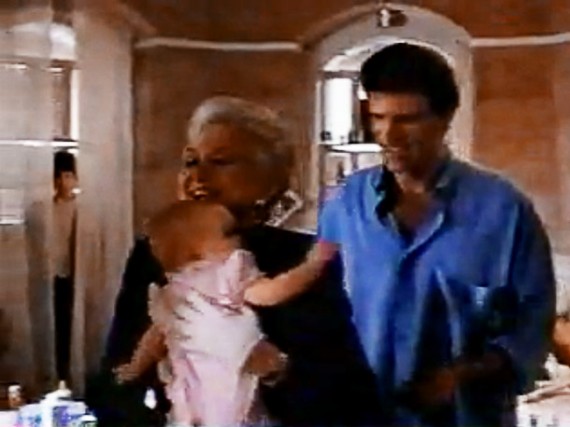 The truth, as is often the case, is rather more mundane and infinitely less creepy. While the rifle is most often dismissed as a trick of the light, the ghost has been definitively disproved for some years, with the clarity of HD/Blu-Ray transfers of the film removing any remaining doubt. In a deleted scene from the film, Jack was to have appeared alongside a life-sized cardboard cut out of himself as part of a dog food promotion. For reasons unexplained, that same cut out was left around on the apartment set  - 'set' being the operative term. Rather than a spooky old apartment complex, the movie was actually filmed on a Hollywood soundstage with the same style of standard sitcom three-walled apartment sets that would later be used on 'Friends'. As far as we can tell, the closest thing to an ethereal presence both 'Friends' and 'Three Men and a Baby' would see is that of Tom Selleck's mighty mustache.

Next, into muddier and sadly less verifiable territory with the unnerving tale of James Dean's Porsche Spyder, and a curse that apparently was not satisfied by being the vehicle in which the life and promising career of the hugely talented actor himself would be cut short. It is of course, known and well documented fact that Dean was declared dead on arrival at the Paso Robles War Memorial Hospital on September 30th, 1955 following a head on collision during which he suffered a broken neck among other injuries. Much has been made over the years about the fact that he had very recently recorded an anti-speeding PSA prior to the accident, perhaps somehow engendering the curse in many people's minds. 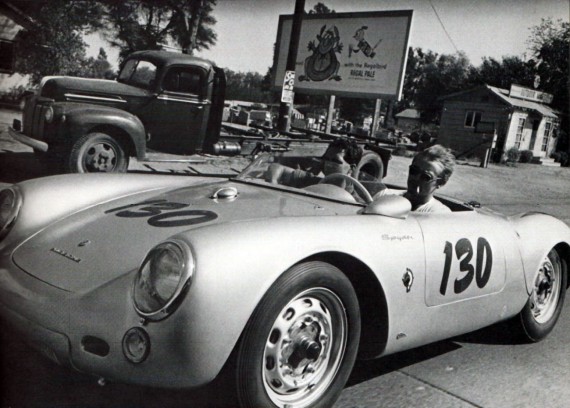 Newspaper reports would have it that following a brief few months of being displayed by a private owner as a means of promoting road safety (presumably making money from charging admission to this ghoulish sideshow was just a happy side-effect), the car was bought by a mechanic and designer with a view to selling off the parts individually. Following the transport of the Porsche however, it rolled off the delivery truck crushing the man's legs. The plan seemingly went ahead unabated, and a doctor and racing enthusiast named Troy McHenry purchased the car's engine to replace the one in his own Porsche Spyder. During what was purportedly his first time out driving the refurbished roadster, Troy died in a crash during a Fairground car race. The story goes on, with the owners of the car's transmission, tyres and other parts each meeting similar fates. While this may sound like far-fetched, EC comics fare, the death reports of McHenry - he did indeed die whilst racing a Porsche Spyder at Pomona Fairground in 1956 - seem to lend some weight to the possibility.

Join me next time for devil children and a suicidal munchkin. Do you have any theories about James Dean's Porsche Spyder? Let me know in the comments below.