Just a couple of days ago, a friend contacted me in a very excited state. She had been invited to appear on a newly-planned reality TV show. The subject: cryptozoology in the United States. Not only that: it was to be her first TV experience and, as a result, she asked if  I could offer her any advice on what she might expect to encounter and watch out for. Well, yes, I could - and I did! Indeed, we had a long chat about the positive and negative aspects of working in the domain of television.

And this all got me thinking: given the possibility that you, a reader of Mysterious Universe, might one day find yourself  invited to appear on this show or that show, it might be a good idea for me to acquaint you with the kinds of things that may come your way. We're talking about the good, the bad, the ugly, the outrageous and the anger-inducing.

Since my first book, A Covert Agenda, came out in 1997, I've done a lot of TV shows - probably in excess of 80, I think. There's no doubt whatsoever that it can be fun and rewarding. And particularly so when you're traveling to faraway, exotic lands for a week or so. But, that's just one side of things. I want to acquaint you with - and warn you about - the darker side of paranormal TV. The extremely dark side, in fact. And let's not forget the tedious and infuriating sides either! 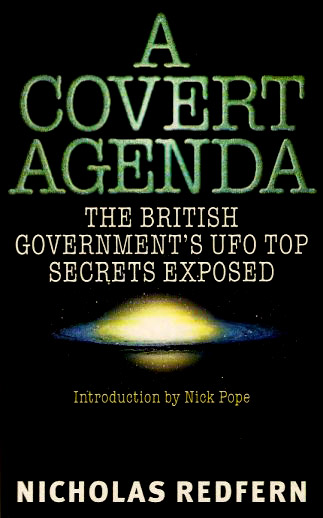 Where shall we start? Well, how about contracts?

No TV production company will even consider having you on their show unless you sign a contract - otherwise known as giving them an arm-and-a-leg-full of blood. Oh, and don't forget your soul, too.

Now, for the most part, the contracts I have signed (or I have been asked to sign) have generally been okay. But not always. I once had a company tell me (in all seriousness, I should add) that as I could expect to significantly increase my future income by appearing on their show, I should agree to handing over to them no less than 7.5 percent of all my subsequent earnings. And, no, I am not making this up!

No prizes for guessing the outcome of that state of affairs!

I had another company threaten me with a $150,000 lawsuit if I ever mentioned to anyone else that I had signed up for their show, if I decided to sign up, which I had not. In other words, they were threatening me before anything was even committed to paper!

I very well remember telling them - as good friend Craig Woolheater sat and listened - that (a) I don't take kindly to threats; (b) I am definitely not the sort of person to be pushed to the brink; and (c) unless the offending section was removed from the contract, they could - as we say in England - "go forth and multiply." As it transpires, I did not sign up for the show.

There's another contract-based angle to be aware of, too.

Some production companies will insist (or, rather, they will try and insist, but you should not let them) that if, hypothetically, you are going to be filmed on the subject of Bigfoot, you will agree not to make another show on Bigfoot - for another TV company - for anywhere from 3 months to a year. Some of them will demand you don't do any other TV work - at all - for up to a year after making their show. I'm sure I don't have to tell you that all of these outrageous demands are down to emotionless, suit-and-tie-wearing lawyers on power-trips. 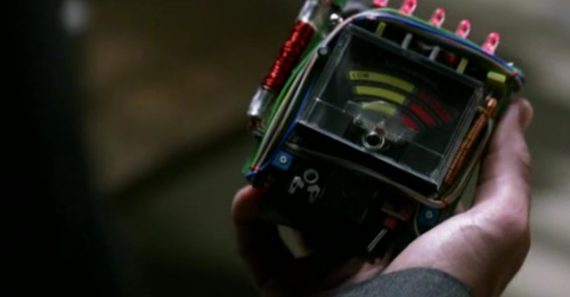 Well, I don't like suits and I don't like lawyers, which is why although I have done a lot of TV, there are also a lot of shows (and companies) to whom I have given the middle finger and a definitive adios.

With lawyer-scum and contracts done with, let's move onto the shows themselves. Many are not what they appear to be. Believe me, I know. Here's one example: last year I was asked to take part in a TV shoot over at Lake Worth, Texas, which is about a 40-minute drive from where I live. The subject: Lake Worth's legendary Goat-Man.

It was a scalding hot day (I recall it was definitely in the 90-degrees range) and the company did a head-and-shoulders interview with me inside my apartment, in the city of Arlington. Then came the time to do the location shoot. And what a fiasco that almost was.

Near to my apartment is a fairly heavily, and very pleasant, wooded area which attracts dog-walkers, picnickers, and people out for a bit of exercise. I was asked - in complete and utter seriousness - if I would mind "pretending" we were at Lake Worth and, instead, do the filming barely spitting distance from my front-door! Well, I said, yes, I actually did mind.

When I explained that I wasn't prepared to lie for the camera about where we were (or, rather, where we weren't), the producer got all defensive (I half expected him to come out in a rash), claiming it wouldn't be a lie but "would be in the tradition of reality TV." As for why: the crew - from the far colder climes of the east coast - thought it would be "too hot" for them to carry their cameras and equipment to an appropriate spot at Lake Worth. Poor souls.

I icily responded that I'm from England - where it's even colder than the east coast of the United States - and I still have trouble coping with the heat, even after 13 years of living in Texas. So, if I can do it, then they damn well can, too. Seeing that I would not budge an inch, the crew reluctantly agreed to film out at the lake - which turned out not to be the trauma-filled, heat-stroke-inducing experience they feared, after all. They just had to take things easy.

On this same matter, however, I know of a number of well-known authors in the Fortean field who, clearly lacking backbones, have agreed to do exactly what I refused to do: namely, film a segment for a show at a place very different (geographically speaking) to where the show's viewers assumed it to be. The reason: because it makes the lives of the producer, cameraman, and sound guy easier.

Now we come to what you might say during the filmed interview versus what actually appears on-screen. Certainly, seeing how your words can be skilfully sliced, diced, recombined and then presented in a fashion that implies something very different to what you actually said, is no fun at all.

I'll give you a perfect example. I once did a TV show on the Loch Ness Monster. I was asked for my opinion on the idea that the Nessies might be a surviving, relic population of plesiosaurs.

I agreed  to chat about the plesiosaur theory, providing I was also allowed to explain why I thought it lacked any and all merit. Well, that was fine with the producer. We did about 7 or 8 minutes outlining the theory, followed by 3 or 4 minutes on why I figured it to be a non-starter. Guess what?

My words outlining the theory made the finished production, but my observations on why I considered it lacked validity did not. In fact, the opposite: the editing was done to make it look like I was endorsing the plesiosaur angle!

Complete and utter scumbags, from start to finish.

Now, don't get me wrong: I have done numerous TV shoots - both in a studio setting and out in the field, so to speak - that have gone totally, 100 percent smoothly. I mention all of the above, however, as a warning.

If, one day, you are approached to appear on a TV show, do what I do. Namely, (a) have an agent who is expertly familiar with contracts, clauses, and legal-speak; (b) stand up for yourself and don't be bullied into signing your life away; and (c) retain your integrity.

The sad reality is that, today, more and more of these shows that pass for "investigative TV" are nothing of the sort. A few years ago it was very different. In 2014, however, there are a growing number of paranormal-based "reality" shows that are shabby, cheaply made, and  - frankly - bogus. And by bogus, I mean that on-screen events are outright fabricated, re-shot, and distorted. They are dumb, dishonest, lying crap of the very worst kind possible.

Don't fall for the lure of these crummy shows and their faked footage.  Be selective when it comes to what shows you chose to do or chose not to do. And, when it comes to contracts, be aware of what you're signing. With that all said: Good luck!

Pluto Might Have Earthquakes, and Here’s Why We Should Care