‘Possessed’ Girl Diagnosed With the Giggles

Seeing a little girl laugh can be a wonderful thing, even a beautiful thing...Until it doesn't stop.

A recent medical case published by the European Institute of Oncology tells of a young Bolivian girl who couldn't stop laughing. So often were her fits of laughter that members of her community began to feel that an evil spirit possessed her.

After being diagnosed several times as merely "misbehaving", medical doctors began to take more notice. Attempts to treat her condition with antiepileptic drugs in high doses were unsuccessful, only fueling speculation of a supernatural explanation.

Thinking that her laughter may be more than just a prank (or demonic possession), Dr. Burgos Zuleta went in search of the source of her Gelastic (laughing) seizures.

"It's not necessarily 'hahaha' laughing," Dr. Solomon Moshé, a pediatric neurologist at Albert Einstein College of Medicine in New York, told LiveScience."There's no happiness in this. Some of the kids may be very scared," he added.

Unable to do a biopsy, Dr. Zuleta ordered an MRI, CT, and PET scans, where it was discovered that the cause of her laughter was, in fact, a harmatoma-a small, benign tumor-was pressing on her temporal lobe.

Following a surgical procedure to remove the tumor, the 6 year old's uncontrollable laughter has completely stopped, and she is expected to lead out a normal and healthy life. No demons need apply.

Doctors hope this case will raise awareness of strange conditions in Latin America. Leading to a greater acceptance of neurological conditions and treatment. 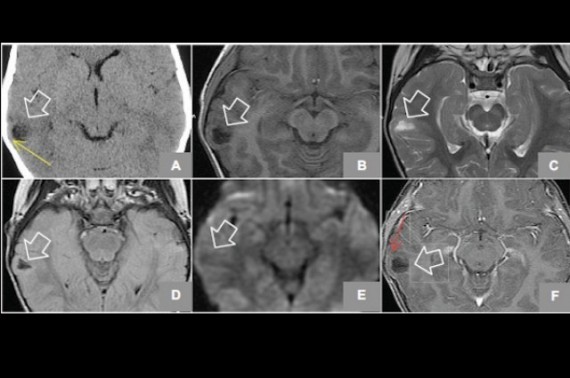