Available right now is a new book from author Dennis Waller. Its title: In Search of  the Kushtaka: Alaska's Other Bigfoot. This is an excellent read for anyone fascinated by cryptozoology in general and Bigfoot in particular. It's also a book that is likely to polarize its readers into two wildly differing camps: (A) those who conclude  its alternative take on Bigfoot has merit; and (B) those who have no time for anything beyond the "Bigfoot is just an unknown ape" scenario. 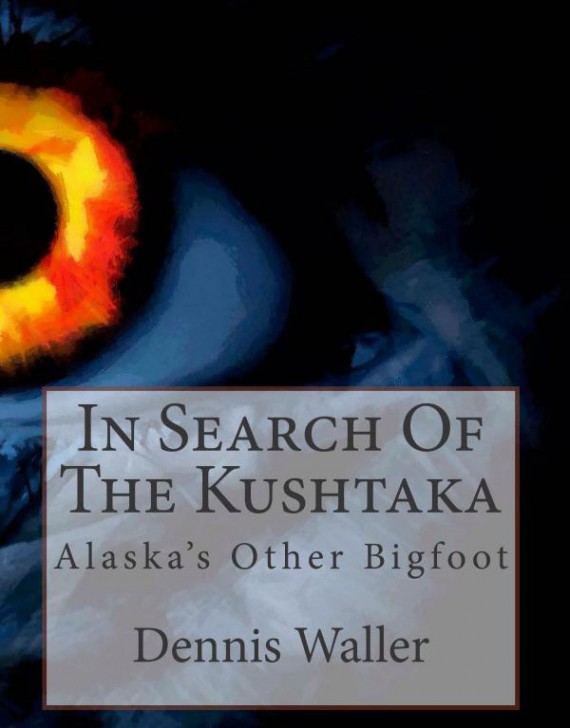 As you can guess from the paragraph above, Waller's new title is not your average Bigfoot book. And that's not a bad thing at all. As readers of Mysterious Universe will know, I have always promoted my view that the Bigfoot phenomenon is not just strange. Simply put: it's too strange. We never, ever, find a body. The beast is seemingly impervious to bullets. There are reports of Bigfoot vanishing before the witness - and by "vanishing" I do mean that literally. Bigfoot is seen in the same location and time-frame as other anomalous phenomena. And so on and so on.

Clearly - as I see it, at least - Bigfoot is not just an unknown ape. I don't pretend to have the answers. I do, however, think the body of high-strangeness that surrounds Bigfoot demonstrates we need to focus outside of the box when it comes to the matter of what the beast is. Or is not. All of this brings us right back to Dennis Waller's book. What Waller has done is to focus his attentions upon one particularly weird beast possessing far more than a few overtones of the Bigfoot kind. Its name: the Kushtaka (hence the title of the book).

The Kushtaka - or Land-Otter Man - is a creature that plays a major role in the lore, legends and history of the Tlingit people; Native Americans who had their origins in the rainforests of southeast Alaska. There is, however, something very strange about the Alaskan beast: it has astounding abilities, including the power to seemingly vanish (and reappear) at will, to shape-shift, to take on the guise of a deceased person, and to engage in telepathic communication. It can also manipulate space and time.

Of course, many might be inclined to relegate such tales and claims to the worlds of folklore and myth-making - and all without giving matters any degree of second thought. But not the author. Waller (who I met at a  conference a couple of months ago and who I had a very interesting chat with) takes us on a fascinating journey that does not deny the legends and folklore that have become part of the puzzle. It is, however, a journey that - to make its point - also encompasses science.

On this latter issue, Waller delves deeply into the domain of String Theory, quantum physics, and multiple-dimensions. In other words, ancient legend may have been borne out of a science that - to a significant degree - still very much eludes us to this day. It's also a science that spills over into the realms of Shamanic activity, altered states of mind, the afterlife, and creatures that feed on human life-energy.

Add to that the uncanny parallels between the Kushtaka and the "underwater panther" of the northeast Native American people and the "Fox-Snake" of Argentina, the hostility between the beast and dogs, Smithsonian cover-ups, and numerous and baffling disappearances of people across certain parts of Alaska, and what you have is a fascinating study of a vastly under-appreciated mystery. It's a mystery that demands our attention and which just might shed a great deal of light on the matter of why so many so-called "cryptids" constantly and consistently elude capture or killing with a 100 percent success rate.

Regardless of your views on Bigfoot, you should still read In Search of the Kushtaka. The fact is that - like it or like it not - too few people in Bigfoot research are willing to tackle the weirder aspects of the mystery. Instead, they prefer to relegate such rogue cases to the domains of mistaken identity, hoaxing or fantasizing.

To his credit, Waller takes a different pathway. He ferrets out fascinating data, provides us with intriguing witness encounters, and offers a body of data that - collectively - shows we need to broaden our horizons if we are to stand any chance of meaningfully resolving the Bigfoot conundrum.

Read Dennis Waller's book. It's a solid, thought-provoking and mind-bending take on a mystery that is very likely far stranger than any of us currently imagine.

What Good Are UFOs?