Take a Vacation from Yourself: Brain-Computer Interface Technology

Bob McClane: “What is it that is exactly the same about every single vacation you have ever taken?”

Douglas Quaid: “I give up.”

Bob McClane: “You! You're the same. No matter where you go, there you are. It's always the same old you. Let me suggest that you take a vacation from yourself.”

Younger readers may not recognise those lines.  Most will though, perhaps with a little thought.  That was the sales pitch given to the intrepid triple-agent, new-age spy, Douglas Quaid – A.K.A. Hauser – by the slightly creepy Rekall sales guy, in the 1990 blockbuster sci-fi action movie, Total Recall, starring Arnold Schwarzenegger.

Despite the high pressure sales technique, and his predatory manners, McClane had an interesting point.  Wherever you go, whatever you’re doing, whoever you’re with (or not with), the one element of your life you can never escape…is you.

Silly as that may seem, there are a lot of people who wish they could do just that, if even for a short time.  Variations of the idea pepper our literary history.  The concept of the Total Recall movie(s) was based loosely on Philip K. Dick’s short story We Can Remember It for You Wholesale, but P.K.D. was certainly not the first to explore such ideas.  In fact, the concept of escaping the minutia of daily life, to enjoy the riches and luxury and ease of someone else’s, is a central theme in much literary tradition.  Cinderella – which first appeared in 1697, and which has been adapted countless times – may be one of the earliest examples of central characters wanting to trade places in escape of oppression.  Mark Twain’s 1881 novel The Prince and The Pauper, perfectly embodies the notion of juxtaposing the classes; fueling that hidden desire in all of us, to experience life in any way but our own.  As does his later (1894) novel Pudd’nhead Wilson.

There’s also, Dan Aykroyd and Eddie Murphy’s 1983 movie Trading Places, and several others over the years.

It’s a false notion though.  None of those stories really changed the person.  Yes, they all held their morals, offering a lesson to the reader through the somewhat drastic learning experience of the protagonists – most often they found the grass was indeed not greener on the other side.  But in each story, even in Total Recall, the protagonist never actually became another person.  They were still stuck inside their own mind, perceiving the world with their own senses, filtering experience through their own memories.  So, in effect, though they experienced a new aspect of life, they didn’t actually get a vacation from themselves.

That’s all fiction though, of course.  Our entertainers have vivid imaginations, and they do their jobs well, but none of it is real.

But what if it could be?  Real, that is.

News outlets of late have been bringing you tidbits of information on the advances taking place in Brain-Computer Interface technology (BCI).  That branch of biotechnology, which is actually known by many names, is a subfield of prosthetics (though it clearly has other uses).  There have been a number of dramatic headlines in recent months regarding breakthroughs in prosthetic technology, allowing unprecedented control for amputees with their newly developed prostheses.  It’s a relatively simple concept.  Researchers and doctors introduce sensitive electronic probes into a patient’s brain, and through complicated computer processing and signal transfer, they teach the patient how to control a mechanical limb – whether that be a hand, or foot, or whatever appendage you can think of – with their thoughts alone.  It is technology right out of an X-Men movie, but it gets even better.

BCI, or BMI (Body-Machine Interface) works simply by interpreting the signals a person’s brain generates and translating them into electronic commands via a computer, which in turn tells the false limb what it’s supposed to do.  They do this by measuring neuronal activity (via the probes) and mapping which neurons, or groups of neurons, are involved with which physical movements, ultimately creating a brain-to-prosthesis language that can be processed by the computer.  The limitations of this technology have typically been tied to the limitations of computational power and speed, as well as the sensitivity and invasiveness of the neural probes.  But with advances in computers and biotech materials, also comes exciting opportunities in this field. 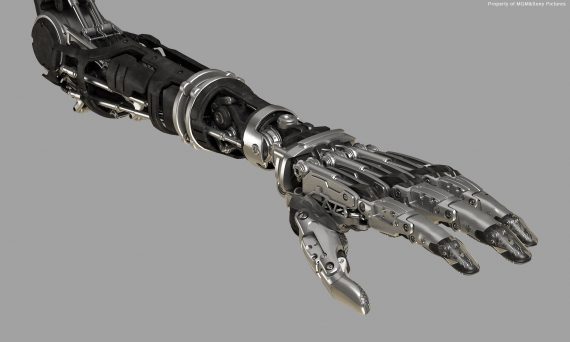 BCI controlled prosthetics are an incredible solution to a problem that desperately needs solving, but surely you can see that its current state is just the tip of the proverbial ice berg.

They key components of such an endeavour are, of course, the brain, the computer, and the device to be controlled.  However, that last component can be swapped out for virtually anything.  If you can connect it to a computer, it can now be controlled by thought alone.  That includes other beings.

In February of this year, researchers from Cornell University and Harvard School of Medicine published an astonishing paper in the journal Nature Communications, which explained the results of their Avatar Monkey experiments.[1]

Using rhesus monkeys, the researchers connected the brain of one monkey to the spinal column of another, using the same techniques mentioned above.  Once connected, and after a period of learning, the primary monkey was able to control the limbs of the avatar monkey.  That’s right, one monkey took control of another monkey’s body, just by thinking about it.  Incredible!

All of those examples, though, refer to a unidirectional communication.  It’s all one way; from a controlling brain to a receiving device or creature.  Another major problem in prosthetics is the issue of providing the person with feedback from the device.  Or more accurately, real-time, usable feedback that allows them to regulate the use of the device.

They’ve made some headway here too though.

Also in February of this year, an international team of scientists working with The BioRobotics Institute in Italy, published a paper in the journal Science, wherein they explained their exciting breakthrough in natural, real-time, bidirectional prosthetic feedback.[2]  By providing electrical stimulation to the ulnar nerve and using transversal multichannel intrafascicular electrodes, they were able to conduct signals from sensors in a prosthetic a hand, back to the user’s brain, allowing him to sense the consistency of objects and to modulate gripping force based on tactile information transmitted by the hand.

That is, in effect, fooling the brain into feeling sensations that are not real.  The brain of the patient received, interpreted and used sensory data fed to it by a computer, as though it had actually been sent by its own nerves.  Incredible!  Again.

Now let’s combine these ideas with another breakthrough science.

Researchers from the University of California at San Diego recently made headlines with their paper in the journal Nature, which provided a confirmation of sorts, that memories have a molecular basis, a process called long-term potentiation.[3][4]  They used flashes of light to affect frightful memories in rats, effectively erasing and reintroducing memories in the rat’s brain.  This is astounding, and is the best evidence yet for this long standing theory of memory creation.

Here’s the rub.  Memories are what make us who we are.  Memory is the basis for all human action, as has been explored here previously.  What does it mean for the reality of human experience if memories can be artificially manipulated and even generated through computer aided signals?  While you are free to explore the more nefarious possibilities brought about by this notion, first consider this:

The above science is, even today, poised to forever change the way we see the world, literally in some cases.  With computers and electrodes and complex software, we can even allow a completely catatonic patient with a means to both experience the outside world, and to communicate with it, by way of bypassing the faulty systems in their own body, and bridging the gap with technology.  This is all great, but what happens when we take it further?  Can we envision a future where BCI technology combined with ever more accurate brain mapping and our deepest yet understanding of memory neuromechanics, can allow a person to actually experience the life of another person?

Sensory feedback fed into our brains from someone else’s body.  Someone else’s memories implanted in our brain, allowing us to live their experiences.  Full-body avatars, allowing us to occupy completely foreign entities, and in effect, becoming someone else entirely…all with the ability to return to our own ordinary, mundane life, whenever we want.  If we ever actually want to return, that is.

It might seem like a fantasy, far-fetched and out of reach, but it can hardly be denied that current science is knocking on the door of the future…perhaps with someone else’s hand.

Chem-Meals: Can Your Western Diet Kill You?