We all feel lonely from time to time. It is one of the fundamental aspects of human nature for us to desire to share time and space with others of our own kind. When devoid of this contact, we can be pulled down into the dark depths of despair. But can you imagine the extreme loneliness of not only being being truly, soul crushingly alone, but forgotten as well? Can you imagine being the very last of your people? What if you were completely and totally isolated from the rest of the humanity, not only geographically, but linguistically and culturally as well, completely invisible to the world?

Such is the story of the loneliest man on the planet, a mysterious Amazonian tribesman in the rain forests of Brazil with no name who is believed to be the sole remaining member of his people.

Most commonly referred to as simply “The Last Tribesman,” the man's existence first came to light in 1996, when loggers in the state of Rondônia began speaking of a lone "wild man" lurking deep in the Amazon jungle. Such rumors grabbed the attention of FUNAI, Brazil's government agency dealing with remote Amazonian tribes, and expeditions were sent into the rainforest to try and contact the mysterious man. 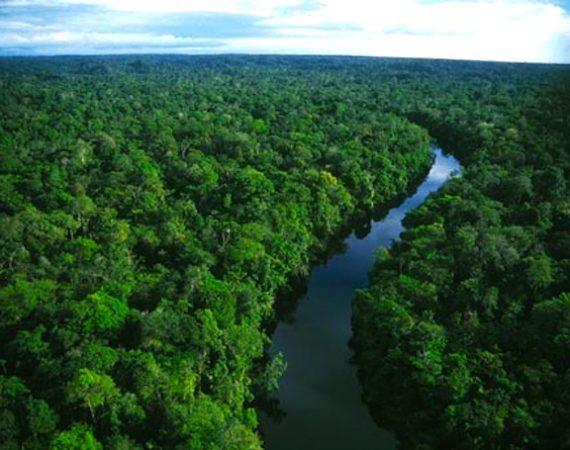 At first, officials were unable to locate the tribesman, but did come across what appeared to be the man's dwelling, a small thatched hut by itself in the middle of nowhere. A small clearing with a garden was found near the dwelling, where the man appeared to be growing modest crops. A number of spiked pitfalls, most likely for trapping game, were also found. In addition, the expedition uncovered stylized markings on trees that seemed to have perhaps some spiritual significance. Among the various belongings and trinkets that were found in the hut were hand carved arrowheads and torches made from branches and resin.

The hut itself was unusual in that it had a rectangular hand-dug hole in its center that measured approximately 5 feet deep, an odd feature with no apparent purpose and not documented in any other tribes in the area. It was estimated that whoever the lone tribesman was, he was not merely an individual separated from a known tribe.

As the investigation spread throughout the area, more similar isolated huts were found, all with the same mysterious rectangular holes in the middle. Team members soon came to the conclusion that the elusive man was moving stealthily from hut to hut, possibly on the run from loggers or other outsiders such as themselves. It was surmised that the tribesman had possibly had bad relations with outsiders in the past, and emerged from hiding in the forest to his huts only under cover of dark to sleep or retrieve his precious crops of corn, manioc, and paw paw.

Eventually, government agents finally managed to locate the tribesman, who appeared to be possibly in his mid-30s. The seemingly healthy man was unclothed and armed with a bow. This first contact was uneventful, with the tribesman slipping away into the shadows of the jungle, but it would not be the first time agents would cross paths with him.

Over the course of a decade, the government launched numerous expeditions in an effort to establish peaceful contact with the man. While the tribesman was found on several occasions, meaningful, peaceful contact remained elusive. The expeditions often ended with the subject disappearing into the rainforest, or with only frustrating fleeting glimpses of the tribesman. Sometimes attempts at contact turned into tense stand offs with the armed man. The mysterious tribesman apparently didn't want to be found and wanted nothing to do with the outside world, as his behavior became increasingly hostile. When one FUNAI agent came too close, the tribesman fired upon him and hit him in the chest with an arrow. Although the agent survived the encounter, the message sent was clear- Stay Away.

Through their investigations of the man and his mysterious dwellings, the government agency concluded that whoever this tribesman was, he was most certainly the last of a previously unknown and uncontacted tribe that had simply vanished. Although the exact fate of the rest of his tribe was unknown, it was speculated that the lone man's tribe had most likely been ruthlessly slaughtered and exterminated by illegal loggers, cattle ranchers, or settlers in order to gain timber or clear away forest for grazing or agriculture. This would not be unheard of, since indigenous tribes had long been subject to the brutal practice of being chased off of traditional lands that Brazil's 1988 constitution had granted them rights to keep, or even being straight up murdered. Other tribes in the nearby vicinity of the lone tribesman had met similar hardships, with one known tribe, the Akuntsu having been allegedly viciously massacred by settlers with guns and chainsaws until only 6 tribe members remained. Other isolated tribes are believed to have been totally wiped out to make way for illegal slash and burn land clearing and logging.

After the shooting of the FUNAI agent, the government made efforts to back off a bit and give the man his space. In light of historically disastrous attempts to contact tribes or assimilate them into society, Brazil's policy on uncontacted tribes has long been one of no contact, instead opting to leave them to their own devices. Thus, if any peaceful communication were to be made with the last tribesman, it was to be only if he wanted it. It had become apparent that he did not.

In 2007, the government, concerned about protecting the well-being of the lone tribesman, designated a 31 square mile area around where he was found to be off limits to any kind of development or trespassing. This was later expanded even further until around 3,000 hectares became the tribesman's own personal land, giving him plenty of space to roam and hunt undisturbed. The government has also made plans to find other, less intrusive ways of monitoring uncontacted tribes in the jungle, such as using infrared cameras mounted on high flying planes in an attempt to gage the status of these peoples while causing as little disruption as possible. 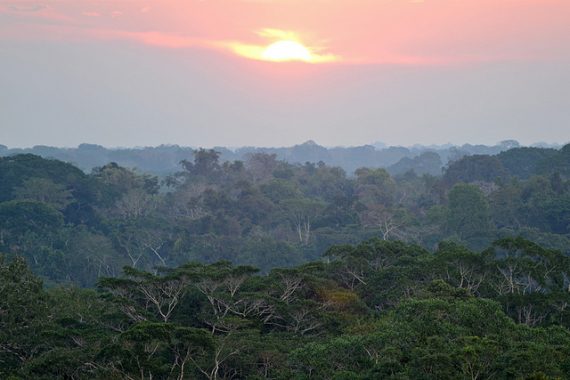 In the meantime, the lone tribesman is still out there wandering the forests, completely alone and isolated from the world. There is still very little known about him or his way of life. No one knows what his name is or even what language he speaks. He remains an enigma.

Hopefully, the Brazilian government's initiative will finally offer the lone tribesman some iota of peace. Perhaps now he can live out the rest of his days without being fearfully on the run, until his last breath, when his entire culture and language, as well as the knowledge of what truly happened to his people, will die with him. For now he roams and hunts in an absolute isolation too bleak and extreme for many of us to fully contemplate, with no one to talk to and only the trees, the incessant drone of flittering insects, and the vast array of jungle animals to keep him company.

Spiders Go Fishing – Do They Lie and Drink Beer Too?