There’s a Diamond in the Sky For Lucy

If you want to see a real diamond in the sky, you’ll need more than kaleidoscope eyes. Astronomers using the National Radio Astronomy Observatory's (NRAO) Green Bank Telescope (GBT) and Very Long Baseline Array (VLBA) have discovered an Earth-sized white dwarf star that is possibly the coldest ever found – so cold that that its carbon has crystallized to turn it into an outer space diamond.

Don’t count on spotting this diamond with your own telescope and giving it to your girlfriend instead of the real thing (are you really that romantic?). This white dwarf may also be the faintest ever found. According to a study published in the Astrophysical Journal, David Kaplan, a professor at the University of Wisconsin-Milwaukee and his team spotted its nearby companion first - a pulsar named PSR J2222-0137 formed from a supernova that was emitting copious radio waves which were periodically blocked by something that turned out to be the white dwarf.

The temperature of this white dwarf is estimated to be only about 3,000 degrees Kelvin (2,700 degrees Celsius), 5,000 times cooler that the Sun. It’s the nearly-lifeless corpse of a star that collapsed to form an extremely dense Earth-sized object composed mainly of carbon and oxygen. At an estimated age of 11 billion years, it generates no new energy and will eventually go completely dark, making it – you guessed it – a black dwarf. 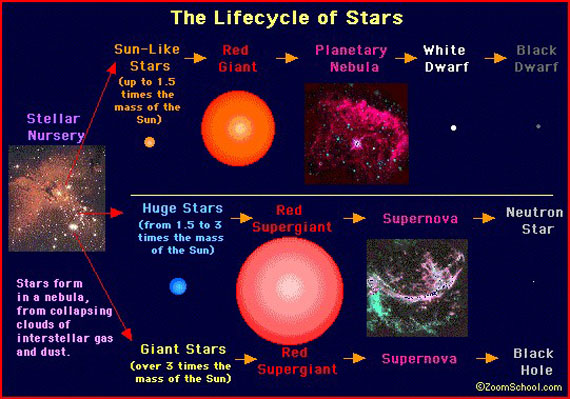 Interestingly, it is believed no black dwarfs exist yet because the universe is only 13.8 billion years old and it takes longer than that for one to form, so this white dwarf could go from being the largest diamond to the first black dwarf.

While the white dwarf still can’t be seen, astronomers (especially the single ones) will continue to try and get a picture for one very important reason.