Holy Grail Stolen – Or Was It?

The quest for the Holy Grail is on again in village of Weston-under-Penyard, Herefordshire, England after a wooden chalice believed by some to be the Grail was stolen from a woman’s house while she was in the hospital.

The wooden chalice is the Nanteos Cup, which many believe Joseph of Arimathea used to catch the blood and sweat of Jesus at the crucifixion. He was said to have brought it to Britain where it eventually taken to Nanteos Mansion near Aberystwyth, Wales, by seven monks during the reign of Henry VIII. In the late 19th century, Margaret Powell, an owner of the mansion, put water in the cup and gave it to the sick who believed it had healing powers. Descendants of Powell kept it in a bank vault, but loaned it to a seriously ill woman and it was her house it was stolen from.

Is the Nanteos Cup the Holy Grail? Most people refer to the chalice used at the Last Supper as the Holy Grail, not the bowl whose story was embellished in Robert de Boron's poem, Joseph d'Arimathie. Researchers in England analyzed it and determined that it’s a mazer bowl, a medieval container made from Wych Elm in the 14th century. It doesn’t appear to have any healing powers, which was probably apparent to believers who chewed it down from its original 12cm by 12cm to 10cm by 8.5cm. Despite being an impostor, it’s still a famous artifact and the local police are continuing their search for it.

If you’re searching for the Holy Grail, there are plenty other places claiming to have it, including Santa Maria de Montserrat in Catalonia, Spain; Catedral de Santa Maria de Valencia in Spain; Cattedrale di San Lorenzo in Genoa, Italy; and Rosslyn Chapel in Roslin, Scotland, the choice of Dan Brown fans.

Wherever it is, a lot of novelists and filmmakers hope it’s never found. 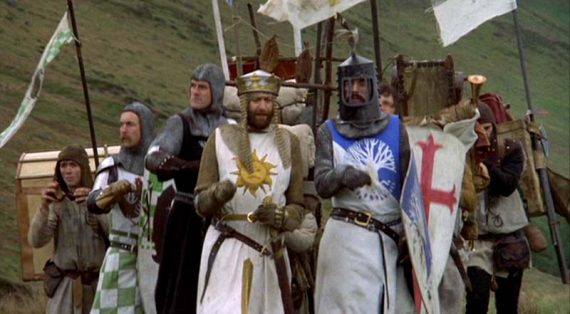