“The machine is still out there. Still alive.”

For some of us, dreaming of a futuristic world filled with robots, off world transportation, and the ability to replace your own body parts with advanced technology, is just a hobby; for Portland based author Daniel H. Wilson, it’s a career.

New York Times Best Selling author of Robopocalypse, and How to Survive a Robot Uprising, Daniel H. Wilson started his career as a robotics expert, earning a Ph D. in robotics from Carnegie Melon University, before turning to writing.

“I started out programming computers and then a professor introduced me to artificial intelligence. I realized that it is possible to program a computer to solve a problem on its own, instead of just solving the problem yourself. It was exhilarating, and studying machine learning quickly led me to the field of robotics.” Says the 36 year old sci-fi writer.

Wilson has gone on to become one of the world’s most successful writers by probing the worries about what a future of advanced, fast, free-thinking machines will mean for the slower, dumber creatures of the world like us.

Beginning in 2005 with the tongue-in-cheek non-fiction How to Survive a Robot Uprising, and following up with 2011’s smash hit Robopocalypse, Daniel H. Wilson officially broke into the big leagues. The latter fiction novel was snatched up by Steven Spielberg’s production company before it had even hit the book shelves!

Now, Wilson is back with the long awaited sequel to Robopocalypse in Robogenesis, which asks the question, where does human kind go after the apocalypse? And, can artificial intelligence ever truly be destroyed?

I recently had the opportunity to speak with Daniel H. Wilson regarding his career, his origins, and where the real life inspiration for his novels comes from. 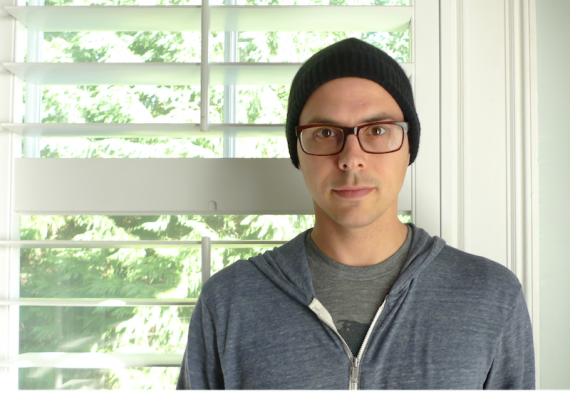 You have a Ph.D. in Robotics. What sort of courses goes into a degree like that?

Teaching a machine to think involves a lot of math and statistics. If you step back slightly, you stumble into a forest of ethical and philosophical considerations. But coursework is only part of the first two years of a robotics PhD. After that, the graduate student is encouraged to enter the deep dark woods and go intellectually feral. Eventually — after a lot of research into areas that nobody has ideally ever studied — the student emerges, covered in mud and carrying a thesis.

Your first fiction novel, 2011's Robopocalypse, catapulted you to fame. New York Times Best Seller, optioned by Hollywood before the book had even come out! Why do you think our society is so intrigued by a robots and robot uprisings? Why robots instead of werewolves or something like that?

To what extent are the robots in your books based on designs for robots in real life? And where do you draw your inspirations for these designs?

The machines and technological infrastructure that I include in my stories are always as truthful as I can make them. I have too many former roboticist colleagues who would have my hide if I were to fudge it on the tech. That said, I choose the technology to support the story. There is never “sci” just for the sake of “sci” in my “fi.” If that makes sense.

Your thesis work was on the potential health benefits of future technologies, what did you see as the potential then, and where do you see it going now?

The title of my thesis was “Assistive Intelligent Environments for Automatic Health Monitoring” and the promise was that a watchful (but not intrusive) AI presence could allow people to live safely and independently in their own homes for as long as possible. The potential has clearly arrived, if the company “Nest” was able to sell for over three billion dollars. Gee, maybe I picked the wrong career to pursue...

How do you think society will change once technology and humans start to mesh together with such implants?

Technology shapes the world we live in, and our job is to adapt. Basic tech like transportation and farming and plumbing has transformed what was rugged wilderness into flat, geometric swathes of environmentally monitored, human-friendly space. Now that our technology has made its mark on the planet, I think it will begin to make its mark on the human body. My guess is that our merger with technology will begin with the eradication of physical disabilities and proceed from there into the general populace.

Your new book, Robogenesis, deals a lot with the blurring lines of machines and humans. People with implants, machines with feelings. Was it important to you to make each of these different characters perspectives different because of their different robotic influences?

There is no definition of what it means to be human. Each generation forges its own definition as it adapts to the world it is born into. In my novels, the world is changing fast. The humanity (or lack of humanity) of an entity is mutable — and we find that sometimes machines are more human than human, while human beings find ways to segregate themselves.

What do you have coming up next? Another sequel?

I’m having a blast exploring a lot of projects right now. Just a sampler… but at this moment, I am writing and showrunning a 26-issue weekly comic series for DC Comics, called “Earth 2: World’s End” that will run October 2014 to March 2015; writing a graphic novel for DC called “Quarantine Zone”; cooking on a new novel that is not a sequel to Robogenesis (although I definitely plan to go back); prepping an interactive fiction iPhone app called “Mayday”; and writing television pilots and spec scripts based on my existing works. The rest of the year should be pretty exciting, thanks to all the awesome people who appreciate extra nerdy science fiction!